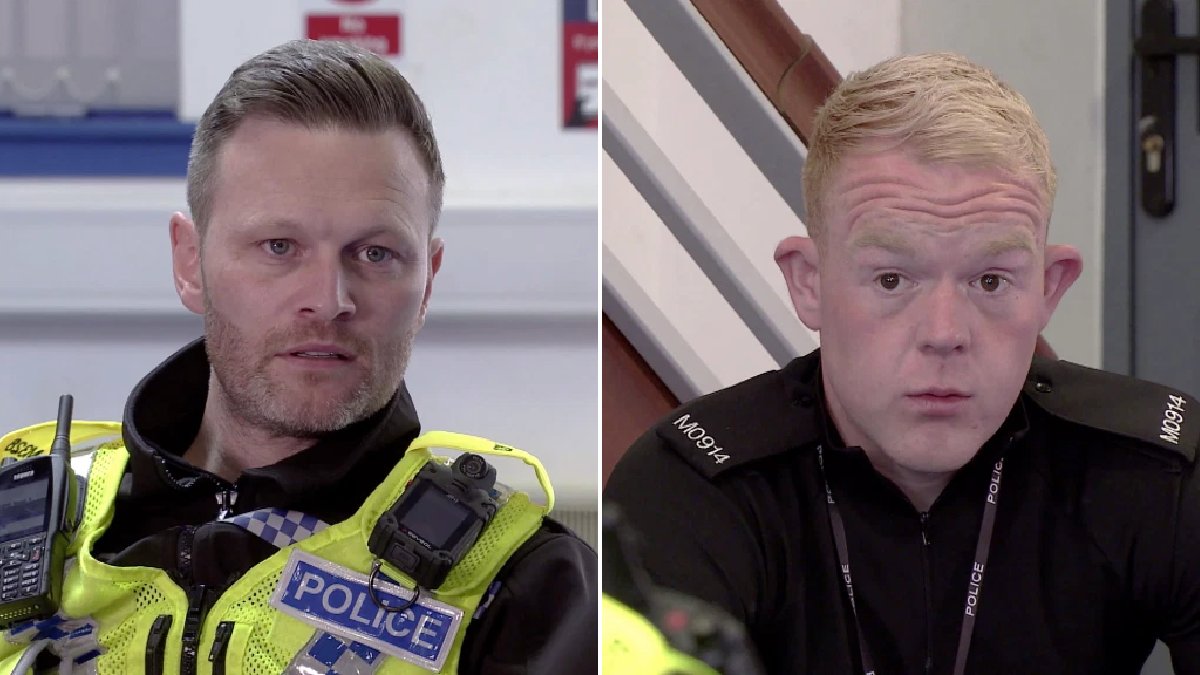 Craig Tinker (Colson Smith) could be about to face a huge problem in his policing career after his colleague racially attacks Michael (Ryan Russell) and James Bailey (Nathan Graham) in Coronation Street.

Michael and James test drive a sports car after James is offered £30k for his interview.

Driving along, things are brought to a halt when a police car pulls the brothers over.

When James questions the officer as to why he pulled them over, the police officer handcuffs and arrests James for obstruction.

As James trips and injures his leg, Craig rounds the corner and Michael grows convinced they’re victims of an unprovoked racist attack.

Later on, PC Brody confides in Craig that James and Michael have lodged a formal complaint about the arrest and accused him of racism.

In the police station, PC Brody sidles up to Craig and asks him not to mention the fact he thought James’ driving was fine and didn’t warrant being pulled over.

What will Craig do?

Or stand by Michael and James?