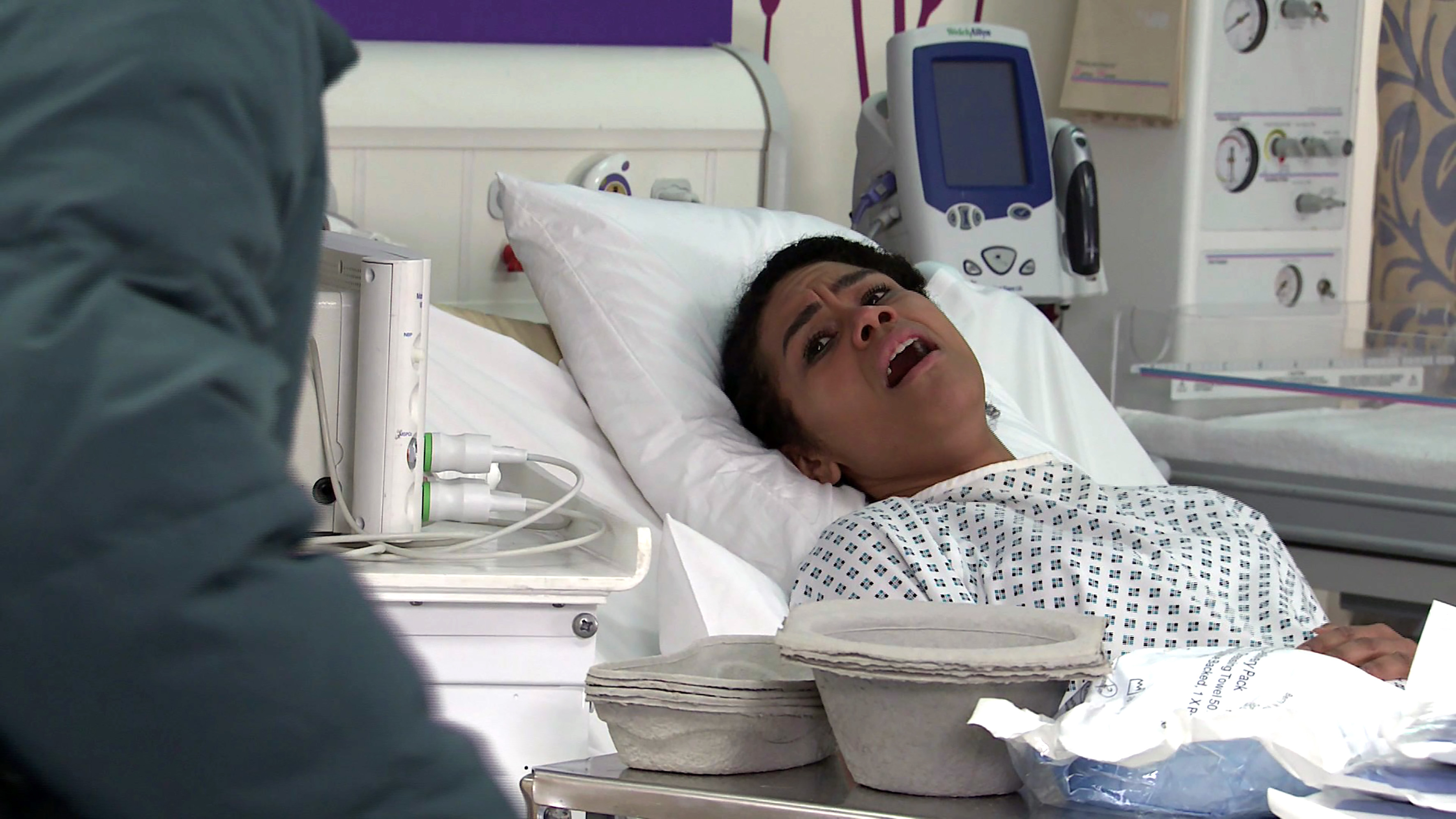 Coronation Street is currently in the middle of an on-going racism storyline involving the Bailey family. Coming up, the show will look at another example of systemic racism as pregnant Grace Vickers (Kate Spencer) becomes trapped and in labour after being racially profiled by a security guard.

This storyline looks at unconscious bias and systemic racism and recently, Michael (Ryan Russell) was at the centre of the storyline after two police officers stopped him and questioned him about a robbery.

When Michael reveals they’re going to throw a gender reveal party for the baby and Ronnie’s (Vinta Morgan) offered to fund it, Ed’s (Trevor Michael Georges) annoyed that his brother’s treading on his toes.

Grace leaves the supermarket with the shopping for the gender reveal party and a security guard demands to see her receipt.

After the security guard locks Grace in an office, Grace suddenly feels a sharp pain and realises with horror it was a contraction.

Will Grace go into labour on her own?

Will anyone come to her rescue?