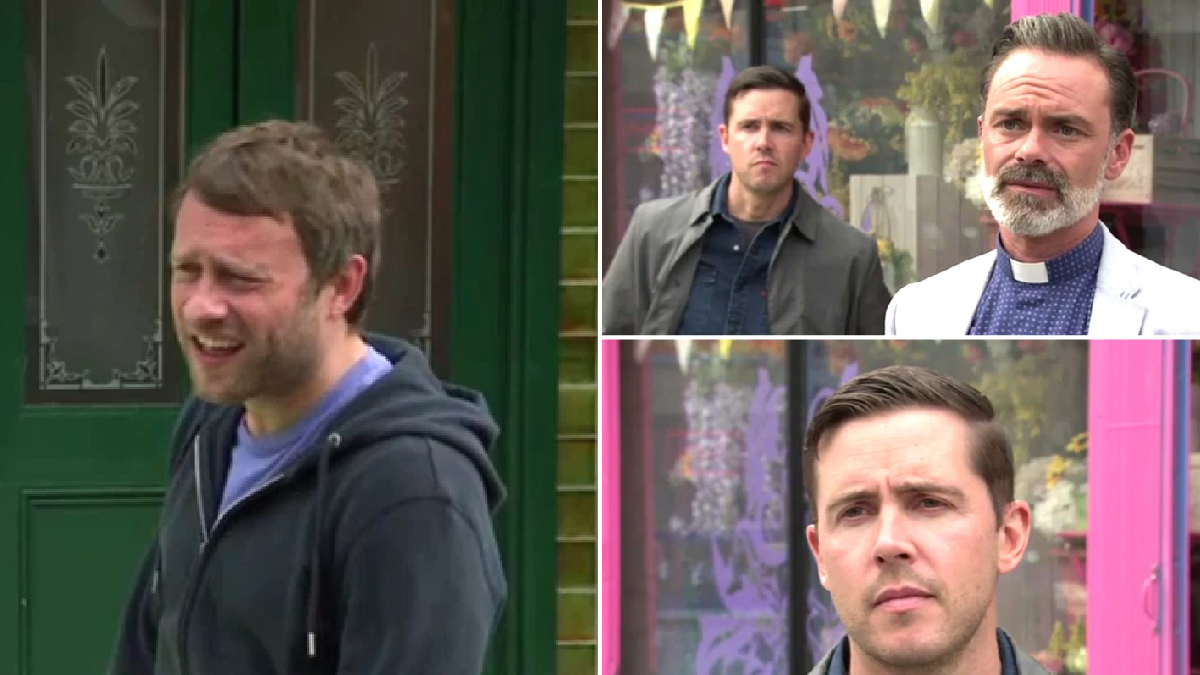 Time is very much running out for Todd Grimshaw (Gareth Pierce) in Coronation Street as Will (Ben Hackett) continues to push him for a huge sum of cash.

Despite Todd’s attempts at scaring Will, he found himself in the middle of a huge robbery tonight (July 14) as he planned to steal the heat pump for the halfway house.

After pick-pocketing Will upped the pressure by stealing Todd’s engagement ring, the burglary plan was put into place.

Calling Ed (Trevor Michael Georges) and putting on a fake voice, Todd managed to lure the builder out of the yard for a fake job.

With his contact busy in Madame Tussauds (obviously), Todd stole George’s (Tony Maudsley) undertaker van with the intention of using it to transport the pump.

Successfully stealing the pump, Todd put it in the back of the undertaker van next to yes, you guessed it, a dead body.

As Ed returned and realised the heat pump was missing, he called Craig (Colson Smith) and reported it as stolen.

Due to Paul’s (Peter Ash) money issues earlier in the episode, Ed assumed Paul was angry and must’ve stolen the heat pump as revenge.

With the heat pump in his clutches and just about getting away with stealing the van, Todd breathed a sigh of relief as him and Billy (Daniel Brocklebank) watched Craig put a drunk Paul into the police car.

Blamed for Todd’s scheme once again, will this be the final straw for Paul?

Could he finally put a plan into place to expose Todd’s crimes once and for all?

Or has he got away with things, again?