SpongeBob SquarePants is one of the most iconic cartoon characters of the past 25 years. His show had a huge impact on the comedy of Generation Z. Even with all the (nonexistent) competition, he’s definitely the most famous fictional sponge of all time.

Whenever a fictional character is popular, fans start to speculate about them. For some time, there’s been speculation SpongeBob might be gay. Some fans now think this theory has been confirmed because of a tweet from Nickelodeon. 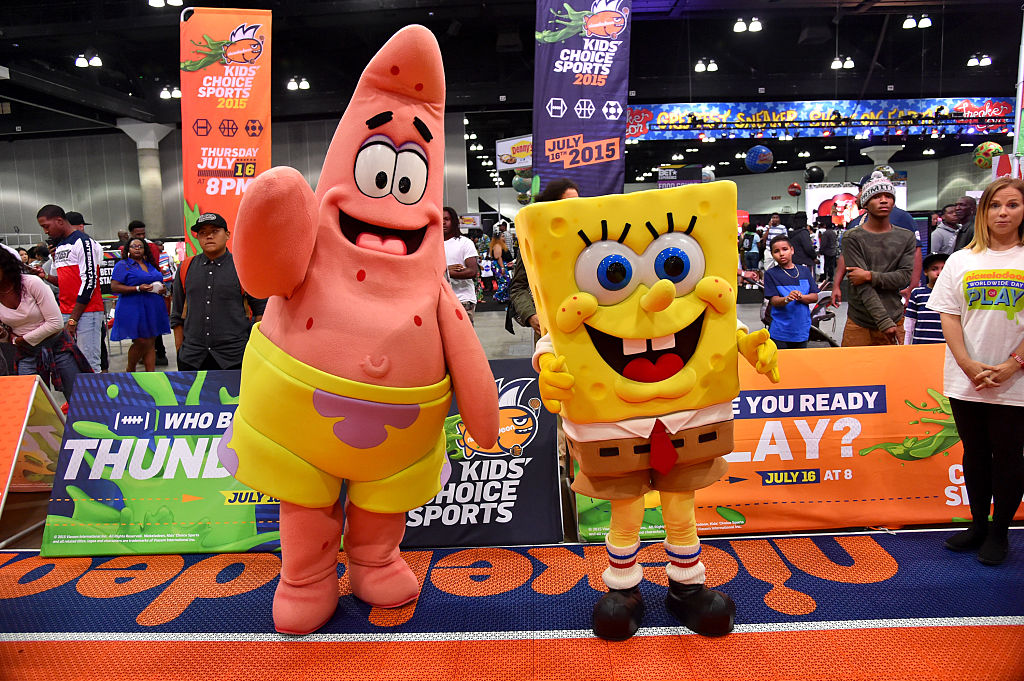 Many male cartoon characters have female love interests. For example, Mickey Mouse has Minnie Mouse, Homer Simpson has Marge Simpson, and Jimmy Neutron has Cindy. In this regard, SpongeBob is a bit of an outlier.

He has female friends like Sandy Cheeks and Mrs. Puff. However, he has no female love interest. In fact, he doesn’t show much attraction to female characters outside of one brief gag where he went on a date with an extremely elderly woman. This has led some fans to identify SpongeBob and Patrick Star as a couple, similar to the rumors surrounding Bert and Ernie from Sesame Street.

What did SpongeBob’s creator, Stephen Hillenberg, think of the rumors surrounding the character? He had a different take on SpongeBob. According to the BBC, “I always think of them as being somewhat asexual.”

RELATED: Kyrie Irving Worked with Nike to Develop Spongebob Squarepants Sneakers and It’s Everything You Could Ever Want

Sadly, The Guardian reports Hillenburg passed away in 2018. Many fans take his views on SpongeBob’s sexuality to heart and see them as canonical. However, Nickelodeon might be moving in a different direction with the character.

RELATED: A ‘Squidward’ Inspired Series is Coming to Netflix, Thanks to Nickeleon’s Deal with the Streaming Platform

Another picture Nickelodeon posted was of Schwoz Schwartz, a character from the live-action series Henry Danger. Schwoz was played by Michael D. Cohen, a transgender man. Cohen continues to play the character in a spin-off titled Danger Force.

Then they posted a picture of SpongeBob wearing a rainbow tie — something he doesn’t wear on television. The picture and its caption caused many fans to wonder if Nickelodeon was confirming the rumors and saying SpongeBob was gay. While Hillenburg said he viewed the character as  “somewhat asexual,” it’s always possible the network is planning to develop SpongeBob in a different way.

In addition, the tweet celebrated LGBTQ+ allies, so it’s always possible the tweet was calling SpongeBob an ally. However, there are no LGBTQ+ characters for him totally himself with on the show. That could change as well. Regardless, the tweet turned some heads.