Star Wars fans were devastated when they watched the Disney trilogy coming to an end. After three films the franchise was the healthiest it had ever been – but it also saw quite a lot of controversy. The Rise of Skywalker disappointed a number of fans with its confusing and convoluted plot, but thankfully, the final moments of the film showcased the birth of a new hero.

While this is a touching tribute to her masters that came before her, it was dwarfed by another reveal.

The warrior produced a brand new lightsaber to use in the future – a yellow bladed lightsaber.

Although a yellow lightsaber isn’t unusual in the Star Wars mythos, this was the first time it appeared in a live action Star Wars film.

Despite how exciting this absolutely is for fans, it did leave some questions in the air. 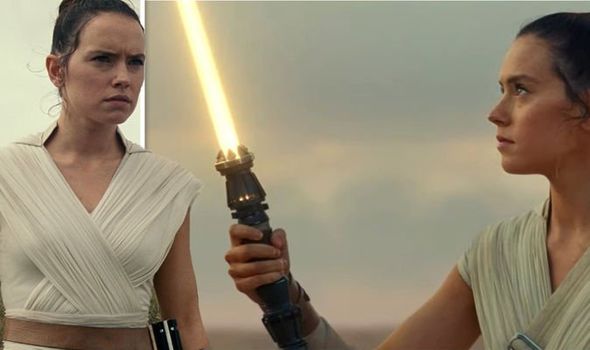 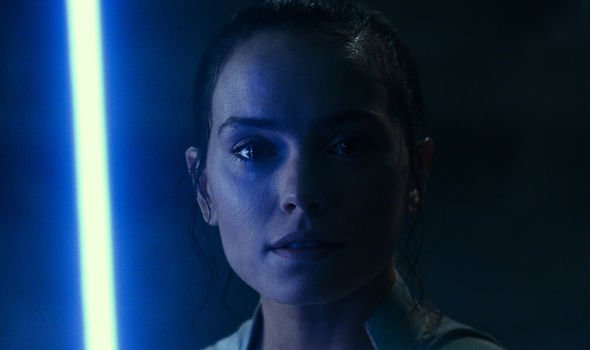 Mainly: Why did Rey have a yellow lightsaber? And where did she get it?

Now, a new book showcasing the lightsabers of the franchise’s biggest and best characters has given just a glimpse into what really happened with Rey and her new weapon.

The book: Star Wars: The Lightsaber Collection, details a number of hidden details in the history behind each of the characters’ lightsabers.

The entry detailing the information behind Rey’s weapon began by explaining the aesthetic behind it.

The excerpt reads: “Rey builds her new lightsaber using pieces from a familiar weapon: the quarterstaff she carried while living as a junk scavenger on Jakku. 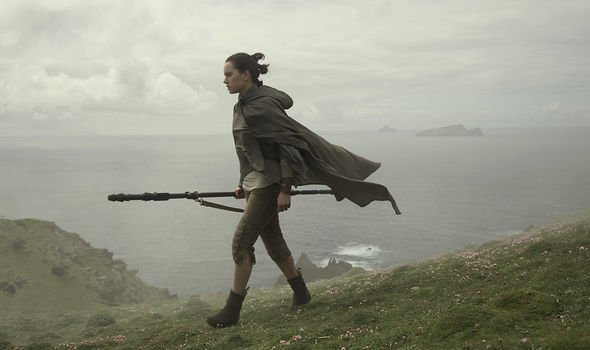 “The blocky shape of the end of the quarterstaff is replicated in this sober hilt, which uses a rotating gear to activate the blade instead of an ignition switch.

“Its heavy, chunky exterior armour makes it resistant to impact and wear and tear.”

However the more exciting piece of information given by the book may have given an explanation as to why she chose a yellow blade.

The excerpt goes on to say: “In the movie, Rey’s lightsaber projects a yellow blade.

“Although this is a first for live-action Star Wars, the Jedi Temple guards wield yellow blades in Star Wars animation.”

It is true that many Star Wars cartoons and animations have shown Jedi Temple guards and warriors with yellow blades – this includes the prequel trilogy, even though they never used their weapons.

Does this mean Rey sees herself as a sort of guardian for the galaxy now that she is the final Jedi in the universe?

In the meantime, fans have been learning of rumours that seem to be pointing towards the series being rebooted.

Infamous Star Wars leaker Doomcock recently suggested the films would be going through quite the change in the coming films.

He said: “The first scenario is a kind of soft reboot of the sequel trilogy And is by far the worst option on the table.

“In this scenario they use the ‘Veil of the Force’ to go back in time and warn Luke not to try and kill Ben Solo.”

The Star Wars Saga is available to watch on Disney Plus.