Steph McGovern was joined in the Packed Lunch studio by Jill Killington. At the age of 16 she was pregnant and was forced to put her baby up for adoption because she had no financial or family support. The presenter broke down in tears, hearing the tragic story of how a mother lost her son.

Steph introduced: “Time now for an incredibly emotional story; for 25 years, thousands of women were forced to give up their babies for adoption.

“They included my next guest – Jill Killington – in 1967, Jill was made to hand over her baby boy, it was a common situation in that era, here’s why.”

A pre-recorded clip was then played and Steph narrated: “As Britain came to terms with life after the Second World War, between 1945 and 1970, it’s estimated around 250,000 women who were under 24 and unmarried were forced to give up their babies for adoption. 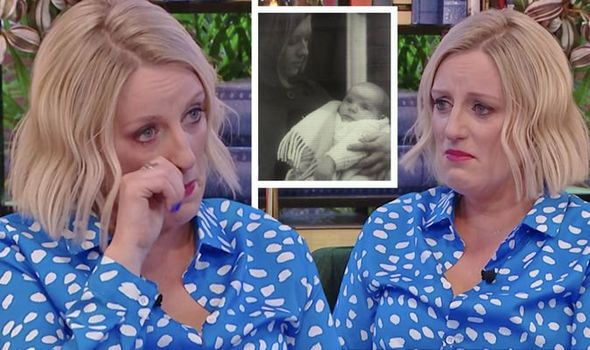 “It wasn’t until The Children’s Act of 1975 and Adoption Act 1976 that adopt began to be properly regulated.

“Today, many of these women are no in their 70s ad 80s and have started campaigning for a formal apology from the government.

“That includes Jill Killington who was just 16 when she was forced to give up her baby son, in an ordeal she will never forget.

Back in the studio, Steph asked: “I can’t even begin to imagine your story, can you just tell us what happened?”

“Well it’s a story that many women can repeat,” Jill started. “I’d been in a steady relationship with my boyfriend for about six months when I became pregnant and originally in our naivety, he was 17 I was 16, we imagined we’d get married, we didn’t have parental support, he changed his mind and just vanished leaving me on my own to contend with my pregnancy.

“My parents didn’t know what to do, so the first port of call was to my GP who in turn referred me to a Church of England, Church Army Social, Moral, Welfare Officer and she took details of my physical appearance, my education, that of my boyfriend and that was it. 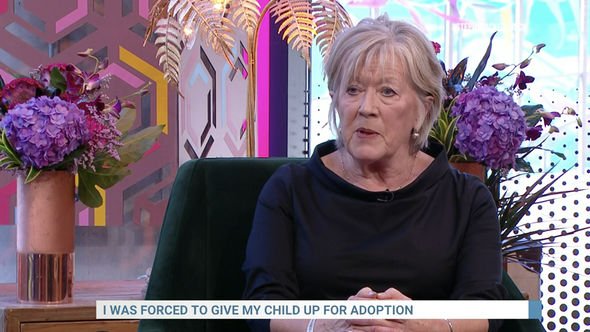 “My baby was presumed to be, he would be adopted, nobody ever asked me what I wanted, certainly nobody ever offered support in terms of financial support, housing, even though we now know at the time it would’ve been available and this was completely kept from me and so many other mothers.

“We had nowhere to go to,” she added.

Steph commented: “You had no choice. At what point during the pregnancy did you know you were going to have to give your baby away.”

“Probably about four months pregnant onwards except my parents wanted to send away to a mother and baby home, and we did visit one, but the conditions there, even they could see were absolutely appalling – young women scrubbing floors – and I begged and begged, pleaded not to have to be sent there,” Jill explained. 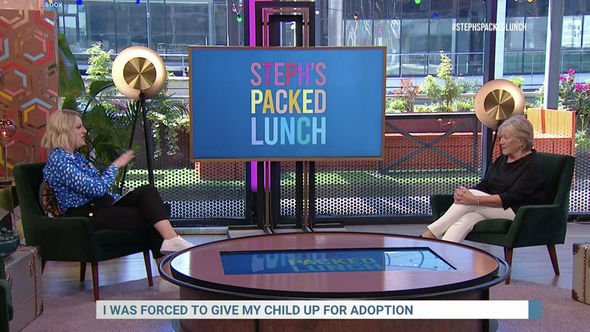 “So my parents conceded that I could stay at home whilst I was pregnant, but it would not be possible for me to keep the baby after he was born.”

Those watching at home heard Steph remark: “You were just hiding away at home then?”

“Yes, I did still have a job until I became obviously too pregnant and then obviously I had maternity leave and then I always held out the hope my boyfriend might return once the baby was born and especially as he was a boy but it never happened,” Jill replied.

“By that time, the wheels were already in motion, it was like a train going full speed down the track, there was no way you could stop it.”

“What was it like having him and knowing [you had to give him up for adoption]?” The host of Packed Lunch wondered.

“Physically you didn’t get much support from the nursing staff, they weren’t particularly kind. I think I was the only unmarried mother in the ward,” the guest said. “We kept our babies with us in that ward, all the time so for 10 days I had him with me, day and night.

“Evening visiting was restricted to father’s only as he didn’t have a present father I wasn’t allowed anybody else to visit me in the hospital.

“I was discharged on Christmas Eve and I took him to his foster carer where he stayed for two months, I was so distraught over the Christmas period, my mother rang the foster career and she did allow me to go and visit him and take him out for a walk right up until the day in two or three months from then when I had to take him down to the adoption office in London, I had him in my arms and a lady came into the room and said ‘He’s a lovely baby, can I hold him?’

“And of course, as soon as she had him in the arms, she said ‘kiss him goodbye’ and that was it.

“But that was how they got to you – ‘If you love your baby you will give him a home with a mum and a dad’ and all the rest of it.”

Steph sniffled from the other side and the camera turned to her, showing her tears: “Sorry… I’m getting – as a mum, it’s so sad to hear that. I just can’t imagine how you must’ve felt.”