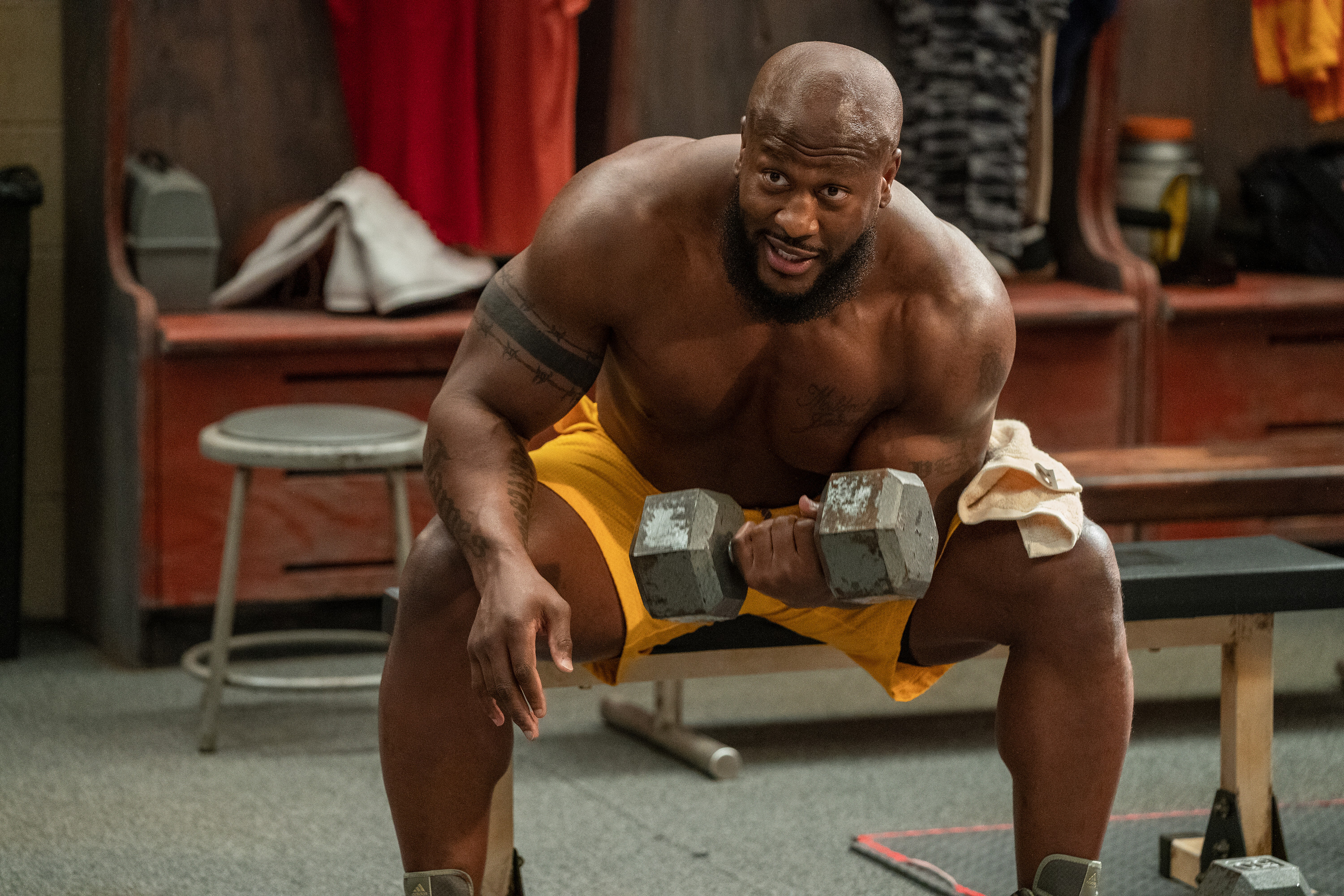 “We had to go through a little bit of training, but I think it was a little bit easier for me because I played professional football for 15 or 16 years,” said Harrison, formerly of the Pittsburg Steelers. “The thing about wrestling is that a lot of people want to say it’s fake but the actual physical nature of hitting the mat then getting up and hitting that mat again and making sure you don’t land the wrong way. The physical nature of it is 100 percent real because you’re putting your body on the line. If you do something wrong, something happens.”

Amell, who led the CW series Arrow for 8 seasons, agreed with Harrison.

“It’s not jumping off your couch onto cushions,” he shared. “It’s a wooden board and it gives a little in the middle and not so much at the edge—ask my back.”

Ludwig revealed that he was most excited to explore the stories behind these characters, even more so than diving into the world of wrestling.

“What I liked the most about this show is that regardless of the world—the world is so exciting—but what drew me and I think every other actor [here] to the script is the characters,” said Ludwig. “It’s about people wanting more. The world is an incredible world but it’s all these complex characters living in small-town Georgia trying to make a life for themselves and dealing with the complexities that come with everyday life just trying to make it work.”

Heels makes its debut in the ring on August 15 via Starz.