Stephen King’s catalog of written works stays in the rotation when it comes to live-action adaptations. He’s given us classics like It, Pet Sematary, Misery, and of course, Carrie. We’ve gotten used to consuming his stories through the screen, and now one of these old favorites is coming back in a new remake. Carrie will be tearing things up on cable this time. 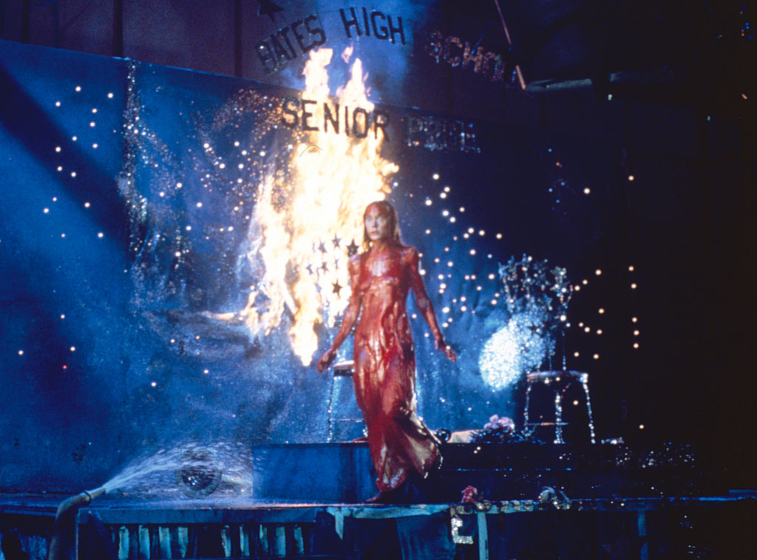 A new ‘Carrie’ series was announced

The tele-powered teenager known as Carrie White incarnatedon screen four times with the most recent being in 2013. Now a pop culture icon,she is making her way back to television with buckets of bloody horror in a newFX series. According to Collider, the network is teaming up with MGM to developCarrie as a limited series, but things are in the early stages.

So far, no script is available yet, and there is no directorattached. What was shared by Collider,however, is that FX is looking to put a fresh spin on the tale by castingeither a person of color or a transgender person in the lead role of Carrie.This information was not confirmed by the network.

How could this version play out?

Since Carrie has already been done before, this series could be an altogether new take on the original King novel or some sort of sequel. A standalone adaptation would not be a bad idea given that the source material still resonates with fans, as one of the central themes of Carrie is the fact that she was bullied and felt like an outsider.

King’s novel came out in 1974 and the first Carriemovie was released in 1976, but given that we’re in 2019 now, technology can impactthe direction of this FX series in terms of production and plot. In this age ofSnapchat and Instagram, it’d be interesting to see if the writers would utilizemodern media in the remake or keep things vintage.

Other Stephen King projects can occupy your time for now

Whether you love Carrie or can’t wait to be introduced to the telekinetic high-schooler, there are other King adaptations you can indulge in on the small screen.

As CinemaBlend points out, both seasons of Castle Rock are available to watch on Hulu right now. Mr. Mercedes, another adaptation, is in its third season, and HBO’s The Outsider is set to premiere in January 2020. King is also connected to the Creepshow reboot on AMC’s Shudder network.

In the realm of movies, there’s no shortage of current King fare. There’s It (parts one and two), Doctor Sleep, In The Tall Grass, and Pet Sematary.

If you prefer to watch a Carrie film, there’s the awesome 1976 version, 1999’s The Rage: Carrie 2 which was meant to be a sort of sequel, and 2013’s Carrie which starred Julianne Moore and Chloë Grace Moretz.

With FX’s involvement in this upcoming remake, everyone anticipates that the mini-series will be high quality and deliver like the first movie did. Stay tuned.