The 80-based supernatural drama has been a huge hit with Netflix users since landing on the streaming platform back in 2016. The filming of the upcoming instalments had been delayed by the pandemic, but the cast are now shooting scenes, and producers have dropped a few teasers about what is to come. And now Stranger Things star David has implied season four will definitely see the story wrapping up.

The actor plays the major protagonist in Chief of Police Jim, who lives and works in the fictional US town of Hawkins, Indiana.

Speaking about the upcoming series, the 46-year-old said: “I mean it’s bigger, that’s the first thing.

“In scope, in scale, even in the idea that we’re not in Hawkins anymore. We, locale-wise, we’re bigger.”

Talking to Collider, he concluded: “We’re introducing new stuff, but we’re also tightening and wrapping up in a certain direction to make it have a clear, clean, specific and definite ending at some point, which I can’t really talk about.” 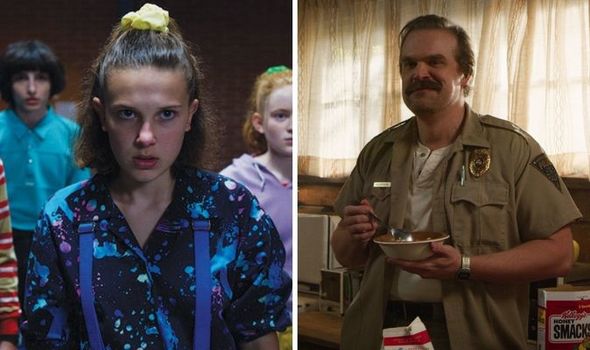 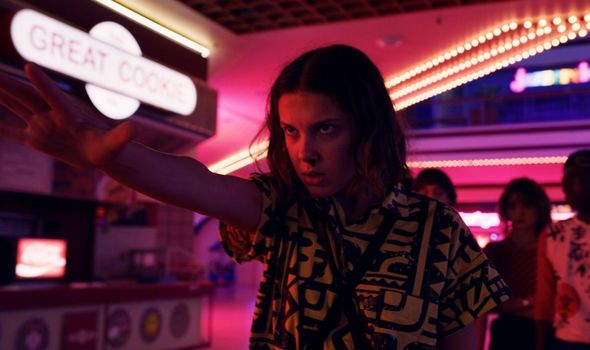 Other than this, no real hints about how the series could end have been dropped, with producers and cast keeping things firmly under wraps.

Fans have a lot of questions they want answered. Among them is the fate of Jim who, at the end of season three was presumed dead in an explosion.

His adoptive daughter Eleven (played by Millie Bobby Brown) even grieved her dad and was about to move in with Joyce Hopper (Winona Ryder) and her family.

But eagle-eyed viewers noted some hints in the concluding scene that Hopper was in fact alive. 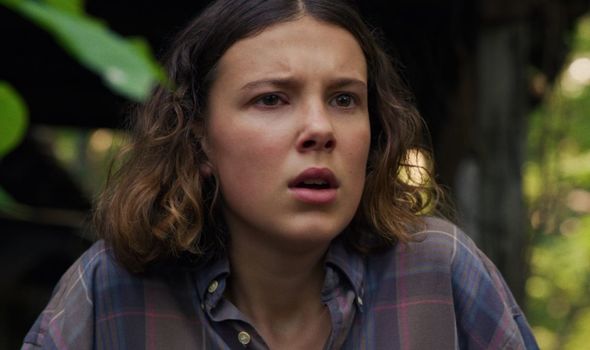 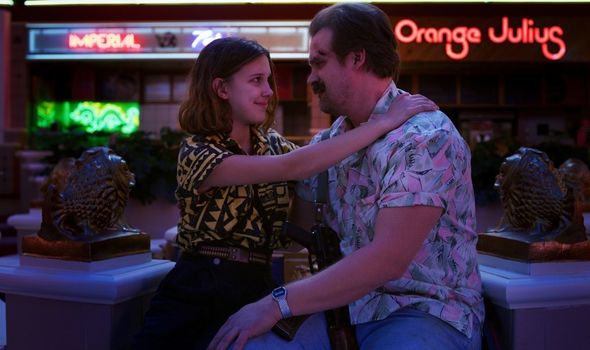 This was confirmed in a trailer dropped last year, which suggested that Hopper was being held captive in a Russian prison.

Photos recently snapped from the Stranger Things set have fans convinced that it may be Eleven who dies in the upcoming episodes.

Some pictures show Eleven being carried away on a stretcher, with the character using an oxygen machine.

Other photos promise some explosive scenes as the story continues.

Some show armed guards and police scouring through the remains of a demolished Hawkins building.

And with season four apparently pointing towards some kind of conclusion to the story, what could this be?

More and more mystery and frightening corruption in the “sleepy” town of Hawkins has been exposed by the group of youngsters followed in the series.

With the teens discovering momentous secrets brought to light from the first appearance of Eleven, who escaped a scientific research laboratory, they find themselves in constant danger.

Producers have confirmed the arrival of a few more key characters for season four, but as far as the plot goes, not much has been revealed.

Could season four see iconic characters uncover the secret darkness of Hawkins once and for all?

Stranger Things is available to watch on Netflix.