Strictly Come Dancing: Hamza Yassin on whether he thinks he can win

Strictly Come Dancing has made an epic comeback with more famous faces getting glammed up every Saturday night to put on a show for the judges and the public at home. The iconic BBC dance competition has welcomed a number of EastEnders stars over the years with Frankie actress Rose Ayling-Ellis going on to win the show last year. Now it’s Martin Fowler actor James Bye’s turn to represent Albert Square in 2022.

Who is Strictly Come Dancing and EastEnders star James Bye married to?

EastEnders actor James Bye’s wife is Victoria Bye, who he has been married to for a decade.

It is reported they first met in a Sainsbury’s car park 16 years ago when Bye was working on a promotion job and “handed Victoria a fruit jelly”, according to What to Watch.

He asked her out on a date to the local pub and so began their blossoming romance.

The couple resides in Buckinghamshire with their three sons Edward, eight, Louis, six and Hugo, three. 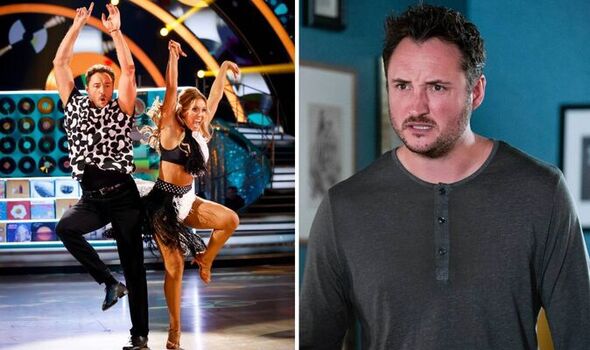 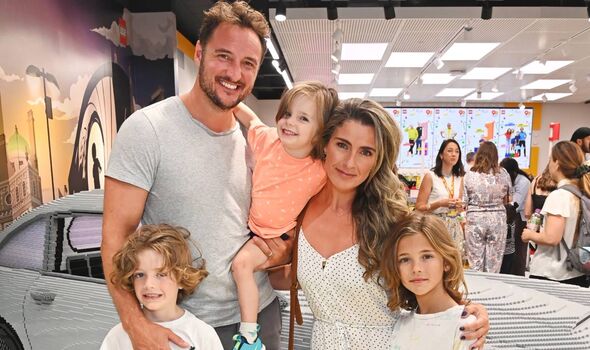 Victoria runs an Instagram blog called Life With The Byes which gives fans an insight into their everyday life as a family of five.

In a recent post, Victoria explained the reality of what it’s like raising children with their dad in the spotlight.

She wrote: “We finally settled in beautiful Bucks & the boys have grown up surrounded by countryside in our messy, noisy home and we’ve tried our best to keep things normal in the happy (and sometimes hectic) life we have. But it’s still a worry…

“When Louis comes home from school and anxiously asks me what ‘famous’ is.

“Or when Hugo thinks it’s normal that everyone takes selfies with his dad.” 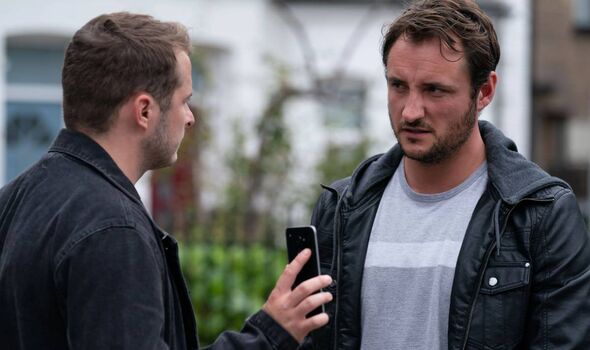 Victoria continued: “We just want to wrap them up and protect them… but then I tell them.

“Not different from anyone else, just a different job. And simple as that they nod, and then someone shouts ‘Minecraft’ and off they run. All forgotten. All as it should be.

“I’m sure there’ll be more challenges & questions as they grow, and I’m sure they’ll have amazing opportunities too.”

Bye has been in EastEnders since 2014 and is the third actor to have played Martin Fowler.

He was originally played by Jon Peton-Price until 1996 and then James Alexandrou took over until his exit 2007.

Martin was away for seven years and he was re-introduced, this time, played by actor Bye.

His latest challenge is trying to learn all there is about Ballroom and Latin dancing.

Bye along with the rest of this year’s Strictly stars danced for the first time last weekend.

He and partner Amy Dowden took on the Jive but it didn’t quite go according to plan as he made a mistake midway through.

The judges scored Bye and Amy 22 out of 40 and he was fourth from the bottom of the leaderboard.

Strictly Come Dancing continues on Saturday, October 1, at 6.30pm on BBC One.