SUSANNA Reid recoiled in horror as her GMB co-host Alastair Campbell told her to "feel his wrinkly apples" in a bizarre rant about his unsatisfactory Ocado delivery.

The presenter frowned as the former Labour spin doctor complained about the condition of his fruit. 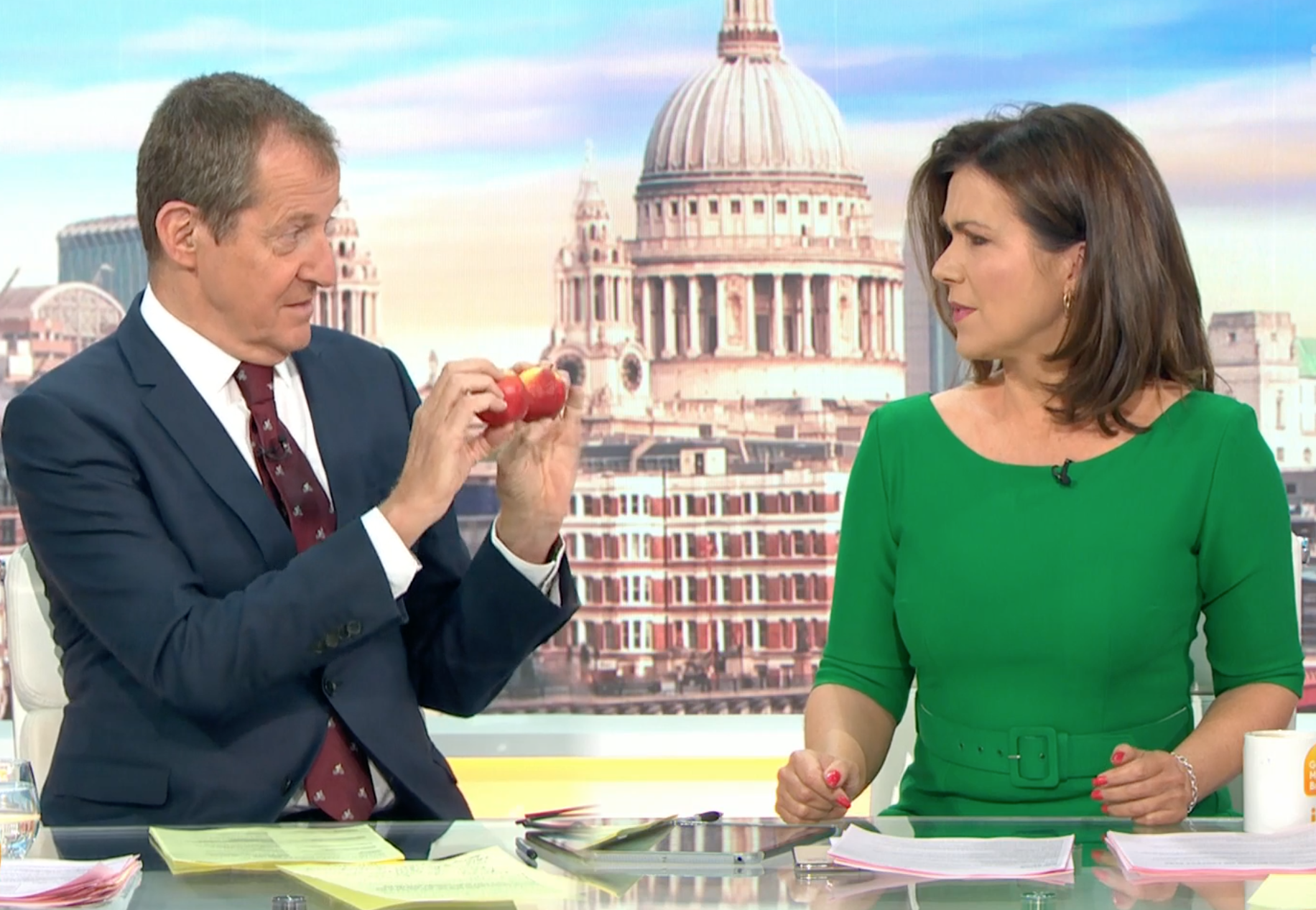 "So last night my Ocado delivery arrives…," said Alastair before asking Susanna: "Have a little feel of my apple."

She admitted: "It's a little wrinkly, I have to say."

Alastair continued: "It's wrinkly, it's soft and it's a bit rubbery.

"So all of the things we've been talking about are now affecting our apples as well.

"So this is a Brexit apple, I would argue."

"The world's smallest violin has been played for you."

But she then agreed: "You've paid good money for your fruit and your fruit has arrived in a condition that you didn't expect."

One cheeky GMB fan added: "Campbell’s got wrinkled apples..well he is at that age ain’t he."

While another suggested: "Just use them for an apple crumble."