OK, so Jonathan Majors was the host, but Swift was a VERY present musical guest 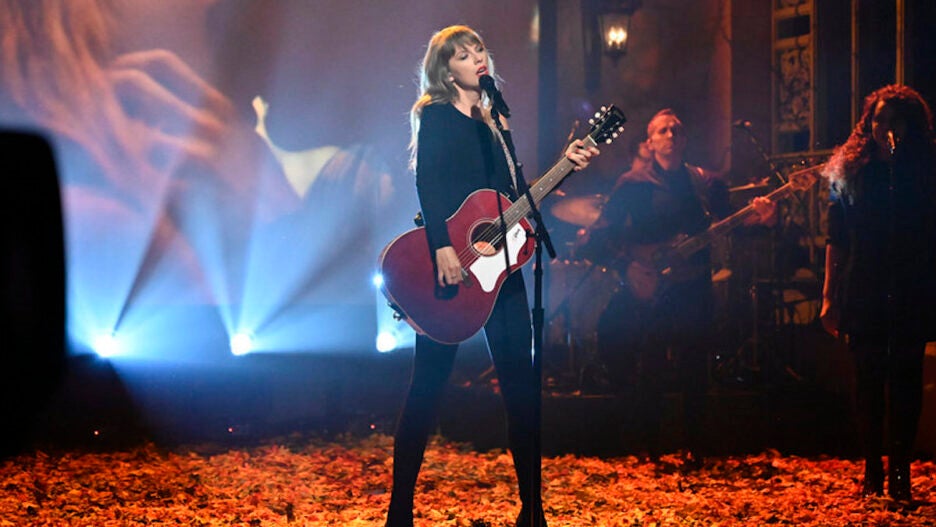 “Saturday Night Live” rose in ratings (and in total viewers) this past weekend, when Jonathan Majors was host and Taylor Swift was the musical guest.

Though we’re guessing Swift, who performed her 10-minute version of “All Too Well” off the newly released “Red (Taylor’s Version)” album, had the larger impact on viewing audiences.

Those numbers include one day of digital viewing. Kieran Culkin of “Succession” hosted the Nov. 6 “SNL.”

Saturday’s “SNL” featured Swift’s fifth time as musical guest in Studio 8H, and her first time ever performing the 10-minute version of “All Too Well” on television. The song was released Friday on Swift’s updated version of “Red,” which is one of six albums the Grammy winner is re-recording in order to gain control over her own masters.

Swift chose to sing the 10-minute version of “All Too Well” as her only musical performance on “SNL,” giving up the usual two slots the musical guest gets to do the one mega-sized performance.

While she sang the song, which is widely considered be about her three-month relationship and subsequent breakup with Jack Gyllenhaal in 2010, the short film she wrote and directed to accompany the song played behind. The movie stars Sadie Sink and Dylan O’Brien as its central couple, with Swift appearing at the end as the older version of Sink’s character.

Simu Liu will make his “SNL” hosting debut this week. His musical guest, Saweetie, is making her first appearance as well.