THE Chase viewers all had the same complaint after spotting a big blunder with a question.

Tonight's show saw four new players take on The Chaser – in this case Anne Hegerty – to try and win as much money as possible. 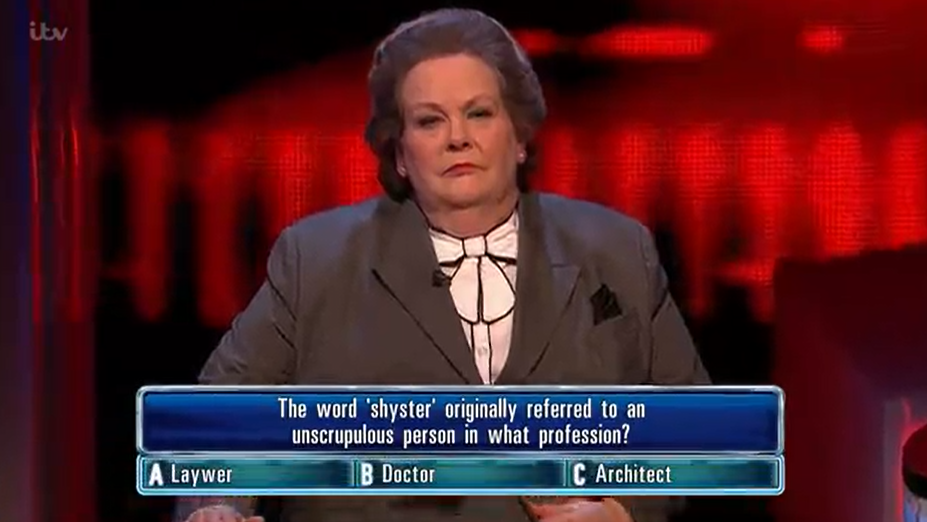 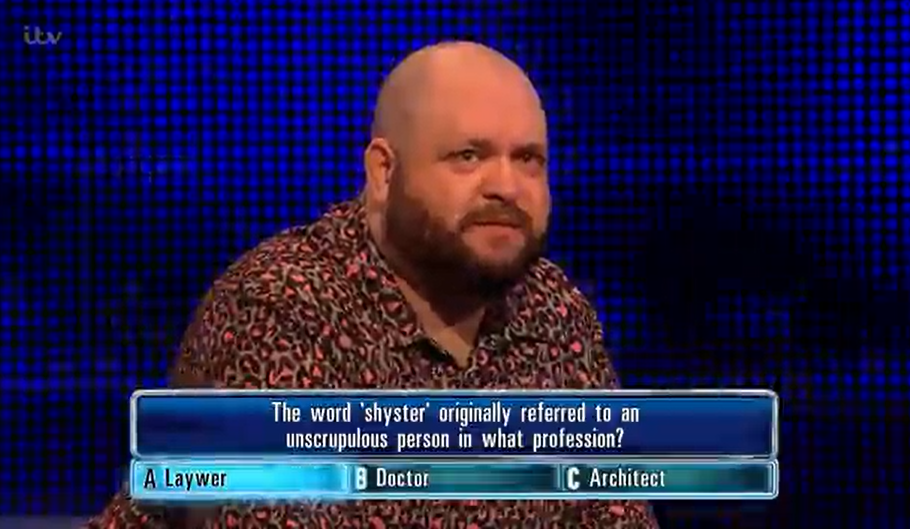 Alex – a quiz setter in his spare time – was up first but didn't do as well as he hoped, securing £4,000 in his cash builder.

Once at the table, he had a few misses and even failed to press his button in time during one question.

But it was a typo in an answer option that really caught The Chase viewers' attention.

The question was: "The word 'shyster' originally referred to an unscrupulous person in what profession?"

However, answer A came up as 'Laywer', while B was 'Doctor' and C 'Architect'.

Taking to Twitter, one wrote: "If you gloat about how Alex was a better player than that one more time, Brad, I'll get a "Laywer" on your backside! And yes, I saw the misspelling too. #TheChase."

Another added: "@ITVChase hate to be the grammar police (that’s a lie!) but wtf is a Laywer? Someone get my Lawyer on the phone!! #laywer #ITV #TheChase."

A third tweeted: "#TheChase @ITVChase do you know the correct spelling of lawyer? Thinking faceFace with monocle."

Another shared: "Ooops. No one bothering checking their graphics today then!#TheChase #Lawyer."

The Chase airs weekdays at 5pm on ITV.