In the final episode of Hulu’s The Dropout Episode 8, viewers watch Elizabeth Holmes (Amanda Seyfried) transform into Lizzy. She and her boyfriend-turned-executive Sunny Balwani (Naveen Andrews) manage the fallout of John Carreyrou’s (Ebon Moss-Bachrach) Wall Street Journal article. Theranos whistleblowers Erika Cheung (Camryn Mi-Young Kim) and Tyler Shultz (Dylan Minnette) go on the record to help expose the company in the final episode of the true crime drama. Plus, thanks to Cheung, the Center for Medicaid and Medicare Services (CMS) filed an official report shutting down one of Theranos’ labs.

As usual, The Dropout Episode 8 opens with another clip from Elizabeth Holmes’ 2017 deposition. Holmes insists she does not remember her texts with Balwani about Walgreens’ concerns following the Wall Street Journal John Carreyrou article.

Then the Hulu drama switched to October 2015. Holmes speaks to each of her board members and reassures them that the WSJ article was full of lies. She also talks about the hashtag she’s promoting, #ironsisters. Balwani supports her but secretly speaks with a lawyer to check his “exposure.”

Although Holmes’ Theranos lawyer, Linda Tanner (Michaela Watkins), played a role in many previous episodes, she comes to the forefront in The Dropout Episode 8. Holmes thanks Linda for her help and calls the woman her only friend. Linda suggests that Holmes not speak to the CMS representative, Gary, so Balwani takes the lead in the labs’ investigation.

Meanwhile, Holmes mentions that Jared Leto will present her with an award. According to Fashion Week Daily, in real life, the actor presented Holmes with “The Entrepreneur” award at the 2015 Glamour Women Of The Year Awards at Carnegie Hall on November 9, 2015, in New York City.

Also, in The Dropout Episode 8, Erika Cheung contacts the Center for Medicare and Medicaid Services (CMS). She gives her name to the federal regulatory agency so that they can hopefully shut Theranos down.

Tyler Shultz informs his grandfather that he’s about to go on the record with John Carreyrou at the Wall Street Journal. He asks George Shultz to be the first board member to speak out against Theranos, but instead, his grandfather kicks him out of his home. 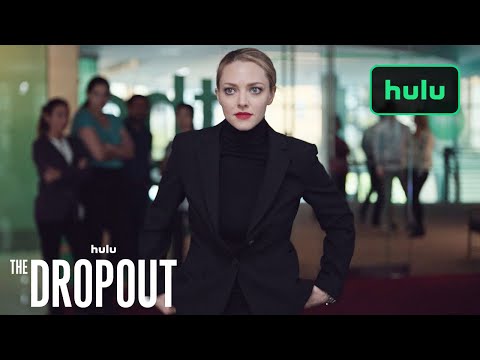 George goes to Carreyrou to release a statement clearing Tyler’s name by the end of the episode. He finally admits that Tyler was right but never apologized to his grandson.

In February 2016, the CMS report shut down the labs for two years. The Wall Street Journal released the full 33-page report to the public.

“CMS orders all lab operations to cease with immediate effect,” the report read.

In The Dropout Episode 8, while Carreyrou rejoices, Holmes and Balwani fall apart. Carreyrou notifies Cheung that she “saved people’s lives” by writing the letter to CMS. Meanwhile, Balwani admits he’s consulted a lawyer to protect his interests. Holmes suggests her boyfriend take the blame. Meanwhile, Holmes emphasizes that she was barely 18 when they met. Balwani counters with the fact that their home is in his name.

However, Holmes has a board meeting without Balwani, informing the members that he’s stepping down. She insists in the 2017 deposition that the decision for Balwani to step down was mutual; however, behind the scenes, he screams at Holmes while she moves out.

Later in The Dropout Episode 8, Linda and Theranos lawyer David Boies (Kurtwood Smith) encourages Holmes to apologize and acknowledge that she’s ashamed of the mismanagement of the lab in a public televised interview. However, Holmes doesn’t apologize. She uses the word “devastating” several times but insists Theranos did not put anyone’s life in danger. George Shultz watches the interview in shock. The real-life interview with NBC special anchor Maria Shriver is below. The Dropout writers and producers use many exact quotes from Holmes’ interview. 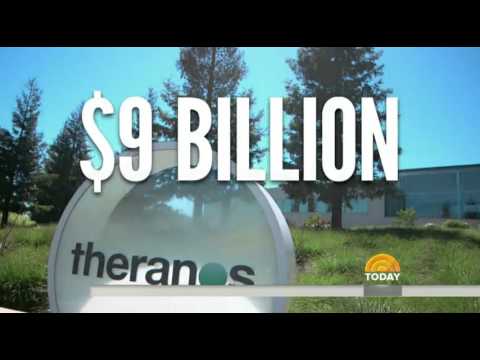 Holmes’ parents, Chris (Michel Gill) and Noel Holmes (Elizabeth Marvel), encourage her that the interview is a “good start.” However, her mother’s furious. Elizabeth sends the message back to her mother that Noel is the one who told her to bury her feelings about her rape while at Stanford. The biotech founder compares her lies within the company to her mother’s suggestion to forget the sexual assault in college.

In the last 15 minutes of The Dropout Episode 8, viewers meet Billy Evans (portrayed by Garrett Coffey), who calls her “Lizzy.” Billy is in his twenties and younger than Holmes. She also suddenly has a dog.

Then, Linda says what many people in the world wondered about Holmes when the news continued to break about Theranos. She has a new boyfriend, a dog, and seems to be doing fine, but the company crumbled, and people lost their jobs. Linda says that she can’t find a job, but Holmes doesn’t care.

In the last few moments, Elizabeth screams as she waits on the side of the road for an Uber with her dog. Then the producers give viewers an update on Holmes and Theranos.

“On August 29, 2018, Elizabeth Holmes and her boyfriend, Billy Evans, attended Burning Man together,” the epilogue in The Dropout Episode 8 reads. “What remained of Theranos began the formal dissolution process on September 7, 2018. In the end, 700 million dollars of investors’ money was lost, and 800 people lost their jobs. Between 2013 and 2016, Theranos sent over 7.8 million test results to Arizona patients. Inaccurate results included a false HIV positive, a false cancer diagnosis, and a false indication of miscarriage.”

The series adds the lasting effects the Theranos scandal had on women in Silicon Valley.

“Female entrepreneurs in Silicon Valley still struggle to find investors in the wake of the Theranos scandal. One female founder was told to dye her hair, so she looked less like Elizabeth Holmes.”