Harlequin performed for the second time last weekend and gave The Masked Singer viewers another chance at figuring out her identity with a set of clues. However, ITV fans are convinced they’ve worked out who the mysterious character is due to her “recognisable” voice despite none of the judges offering her name as a suggestion.

In her first clue VT, Harlequin said: “Roll up, roll up here I am, the Harlequin.

“A harlequin is a bit of a clown, and although I’m no fool, you can definitely say that I’m a bit of a jack.

“Would I say taking part in the masked signer was a laugh? Absolutely not. The thought of walking on stage is quite terrifying, you might have to push me on there.

“It’s like doing karaoke, and that is a whole new experience for me. Bring on all the fun of the fair.” 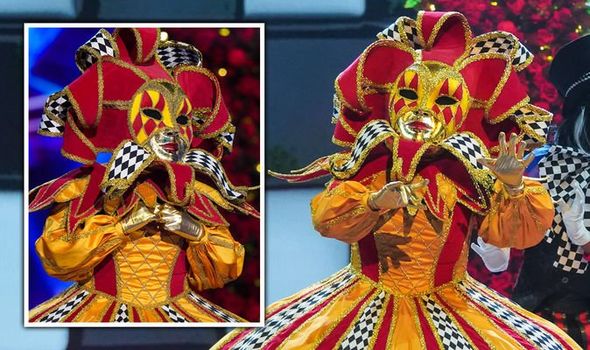 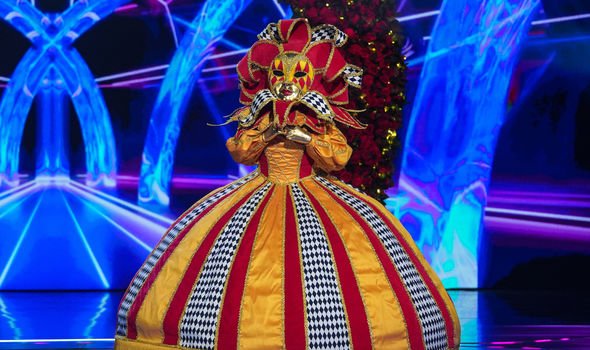 After her performance, Harlequin teased: “I once played a male lead in a musical.”

Before Harlequin’s second performance last weekend, she revealed she “loves to read” and that her stories are heard “all around the world”.

The character’s two lies and one truth were: my bodyguard receives a lot of attention, I get up before the sun for work and I once turned down a prince.

The Masked Singer fans are theorising Harlequin could be singer Gabrielle who released her debut single Dreams in 1993. 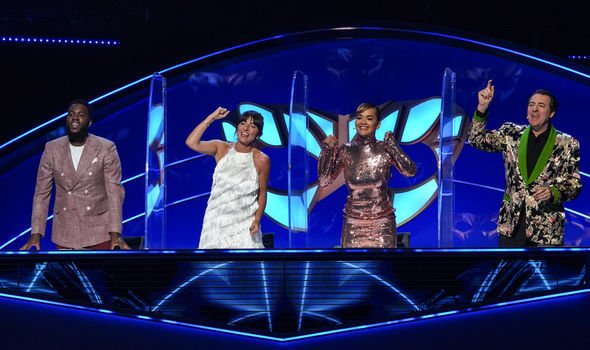 Viewers argued the R&B and soul singer has a distinctive voice and are certain she’s hiding behind the mask.

One tweeted: “I know exactly who this is… Gabrielle, welcome to the Masked Singer #harlequin #MaskedSingerUK.”

A second asked: “How have they not guessed Harlequin yet? It’s 100% Gabrielle #MaskedSingerUK.”

While a third added: “How are the panel on the masked singer not getting that it’s GABRIELLE as Harlequin. Her voice is so iconic and distinguishable, makes me think they’re deliberately making incorrect guesses as it’s so clearly Gabrielle. #MaskedSingerUK.”

“Harlequin sounds exactly like Gabrielle. #MaskedSingerUk,” someone else wrote.

A fifth said: “I was convinced that Harlequin is Gabrielle cos that voice is totally recognisable!”

Another tweeted: “Gabrielle is Harlequin. Those tones in her voice are iconic!”

Jonathan Ross, Rita Ora, Davina McCall and Mo Gilligan are yet to guess Gabrielle could be Harlequin.

After her last performance, they suggested Harlequin could be singers Des’Ree, Alexandra Burke, Emeli Sande or Duchess of York Sarah Ferguson.

On Saturday, all eight remaining Masked Singers perform for the third time in a bid to stay in the competition.

At the end of the show, Jonathan, Rita, Davina and Mo will reveal one character’s true identity for the fourth time.

The Masked Singer continues on ITV on Saturday at 7pm.