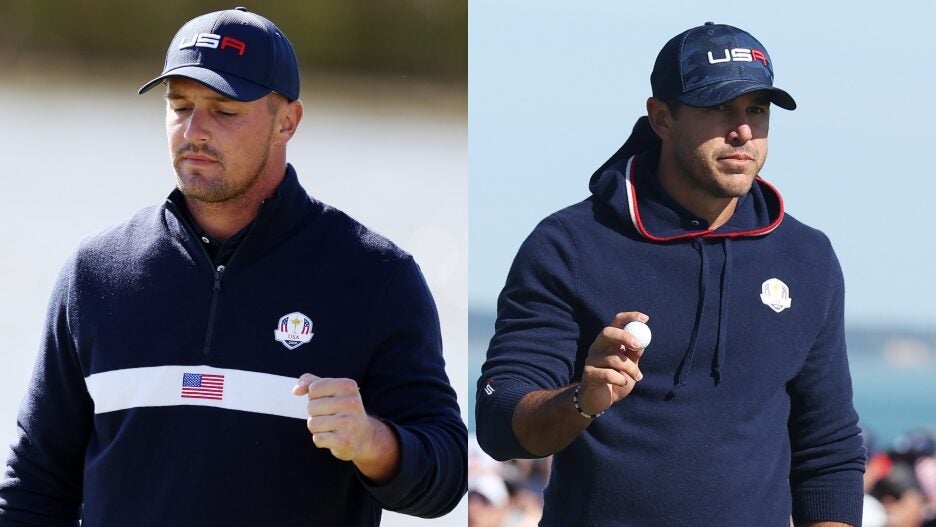 Turner has set its next “Match” between golf rivals Bryson DeChambeau and Brooks Koepka.

The two pro golfers have are pretty openly feuded with each other over the past year, though they were able to put aside any animosity to help the U.S. win the Ryder Cup this year. During a Ryder Cup press conference, DeChambeau mentioned there would be “something fun“ between him and Koepka coming soon.

This will be the first addition of “The Match,” which began in 2018, that won’t feature a celebrity non-golf athlete. Nor will it feature Phil Mickelson for the first time.

DeChambeau won in his first time competing in “The Match” — pairing with Aaron Rodgers—this past July, when they topped Mickelson and Tom Brady. Winner of the 2020 U.S. Open and an eight-time winner on the PGA TOUR overall, DeChambeau is currently the No. 7-ranked player in the World. . Koepka also owns eight PGA Tour titles, including four Major Championship victories over a three-year span: the 2018 and 2019 PGA Championship and 2017 and 2018 U.S. Open.

TNT will exclusively televise the 12-hole event, to be held the day after Thanksgiving — Friday, Nov. 26, with live coverage beginning at 4 p.m. ET from Wynn Las Vegas. It will also be simulcast on TBS, truTV and HLN.

“The Match” has raised nearly $30 million in support of various charities and initiatives and has generated nearly 10 million meal donations through Feeding America and other organizations.