Stanley is NOT having it 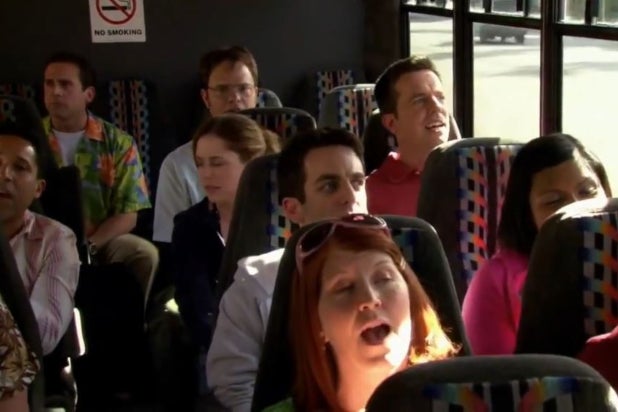 It’s not often you see the Dunder Mifflin crew experience joy, despite Michael Scott’s best attempts. But the Season 3 episode, “Beach Games,” showed off one of the few moments of genuine fun that Michael’s self-described “family” experienced when they sang the theme song to “The Flintstones” during their bus ride.

And now we know it wasn’t the only song they sang on that ride. In a new deleted released by Peacock, the new streaming home of “The Office,” the gang also did pretty good renditions of The Proclaimers’ hit song, “I’m Gonna Be (500 Miles),” (complete with some not-bad Irish accents), as well as Elton John’s “Tiny Dancer” and Chumbawamba’s “I Get Knocked Down.”

Check out the happy coworkers below (well almost happy, as you can see Stanley is in his own personal hell).

“The Office” moved from its longtime streaming home Netflix over to Peacock when the clock struck midnight and (thankfully) ushered in 2021.

Peacock, the streaming service launched by NBCUniversal nationwide in July, is making the first two seasons available free of charge, with Seasons 3-9 behind its paywall. That means you’ll have to pay $4.99 a month for Peacock Premium — or $9.99 for no ads with Peacock Premium Plus — to get all nine seasons.

Per Peacock, along with every episode of “The Office” and those new “superfan” episodes, the sitcom’s arrival on its new home will also include behind-the-scenes footage, curated themed episode collections, clip playlists and “The Office Zen,” which the service calls “a 24/7 channel of ambient noise devoted to the sights and sounds of the office for anyone working at home.”