Euro 2020: Jenas on whether England players will be 'nervous'

The BBC has found itself at the centre of a bias row following Wednesday’s episode of The One Show when a number of viewers voiced their outrage at the show’s Euro 2020 coverage. With host Jermaine Jenas, a former England footballer, joined by striker-turned-TV presenter Peter Crouch, the pair were on hand to speak with Alex Jones all about England’s chances at the tournament. However, fans at home were quick to point out England weren’t the only home nation taking part.

Moments after welcoming Peter onto The One Show to discuss his upcoming BBC programme, Jermaine and Peter’s attention quickly turned to England’s chances at Euro 2020.

Discussing his new show Crouchy’s Year Late Euros: Live, Peter said: “Yeah, the show, obviously I’m really excited about it. (It’s) amazing that we’ve been able to get a studio at Wembley.

“So we’ll feel the buzz around the place (and) hopefully England do well,” Peter added before explaining how he’d spoken to England footballers Jack Grealish and Mason Mount as well as Scotland midfielder Scott McTominay for the new project.

“I just had so much fun making it, it was great,” he continued. “And these boys are going to the tournament and will have a big influence on it.” 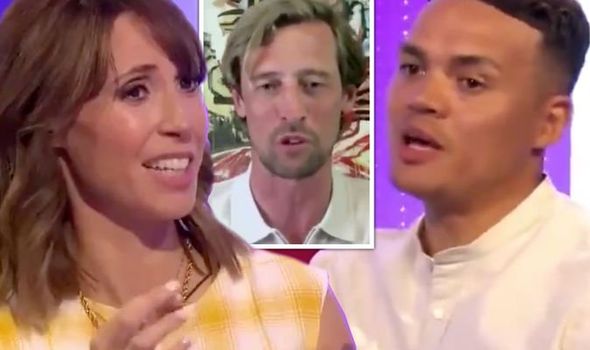 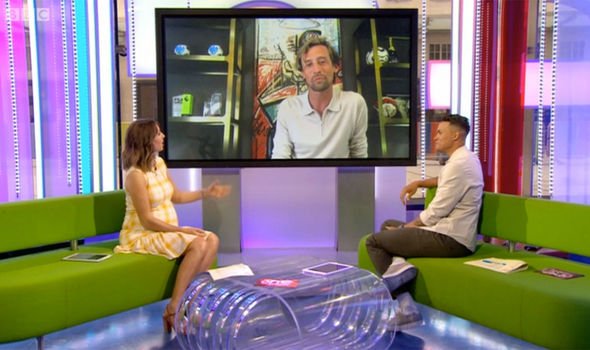 Peter continued to outline the details: “We’re gonna have guests on after the show and live music, it really is, hopefully, going to be a good place to be after England do well.”

Moments later, a clip of Peter and Jack Grealish’s interview popped up, with Alex asking shortly after: “How do you think players will be feeling then, with two days to go, it must be nerve-wracking?”

“Is that more pressure then?” Alex asked as Jermaine continued: “It’s more pressure but the support – if you get on the right side of it, that’s when something special can happen like we saw in Euro 96, Crouchy.” 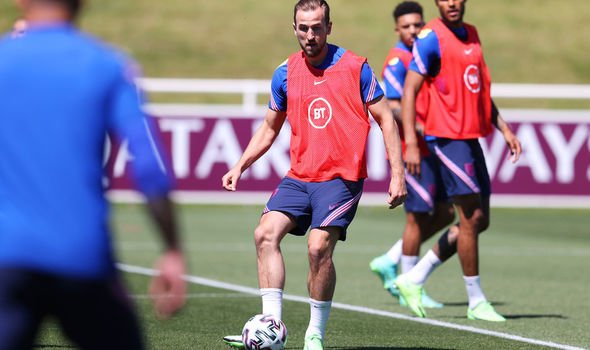 “But Euro 96, playing in front of a packed Wembley, the buzz, you just couldn’t get away from it and it definitely inspired our players so hopefully this year it’ll be similar.”

After “taking England out of the equation”, Alex asked the footballing pair for their thoughts on who could do well, with Peter opting for France and Jermaine edging towards Portugal.

Elsewhere in the discussion, Peter did briefly mention what it was like speaking to Scott McTominay ahead of Scotland’s appearance at the tournament.

And Alex did joke that Wales were also taking part during the England-centric discussion.

But the coverage of Peter, Jermaine and Alex’s debate on England at Euro 2020 sparked a number of viewers to point out Scotland and Wales should also have been brought into the conversation more during the BBC show’s segment.

“It’s not only England playing in the Euros #TheOneShow,” one viewer pointed out on Twitter, prompting another user to reply: “Correct… Fed up with the bias to England.”

A second echoed the frustrations: “@theoneshow are you all aware that it’s not just England playing in the Euro’s – there are other countries from the British Isles involved. Just Saying!!!!!!!”

They weren’t alone as a third weighed in: “#TheOneShow Unbelievable bias towards England on the show tonight. Wales and Scotland are there also! #switchedoff,#biasedbbc.”

While a fifth responded to a clip of the discussion from the show’s verified social media account, saying: “Shame @jjenas8 is such a bias presenter.

“There’s more than one British Team in the Euros. And your professional co presenter is Welsh but you seem to ignore that.”

The One Show continues weekdays at 7pm on BBC One.