NBC’s The Voice hit the right note with its latest episode to top Monday primetime. The singing competition series, which has regularly topped primetime since the beginning of the new season, earned a 0.9 rating in the 18-49 demographic and 7.23 million viewers in its 8-10 p.m. slot, slightly up from last week’s count.

Taking viewership was NCIS (0.6, 7.59M), which also marked the peak for CBS’ Monday primetime slate. The drama, which followed The Neighborhood and Bob Hearts Abishola, provided freshman NCIS: Hawai’i (0.4, 5.37M) with a strong lead-in. The spinoff saw its first dip in ratings from its first two episodes, dropping down one tenth in the 18-49 demo.

For Fox, NBC and CBS it the new series closed off the evening. NCIS: Hawai’i, The Big Leap (0.2, 1.41M) and Ordinary Joe (0.4, 2.78M) seemed to have found their pace, bringing in similar numbers to their previous episodes.

ABC ended its evening with a new episode of The Good Doctor (0.4, 3.78M), which fell two tenths and about 17% from its premiere. 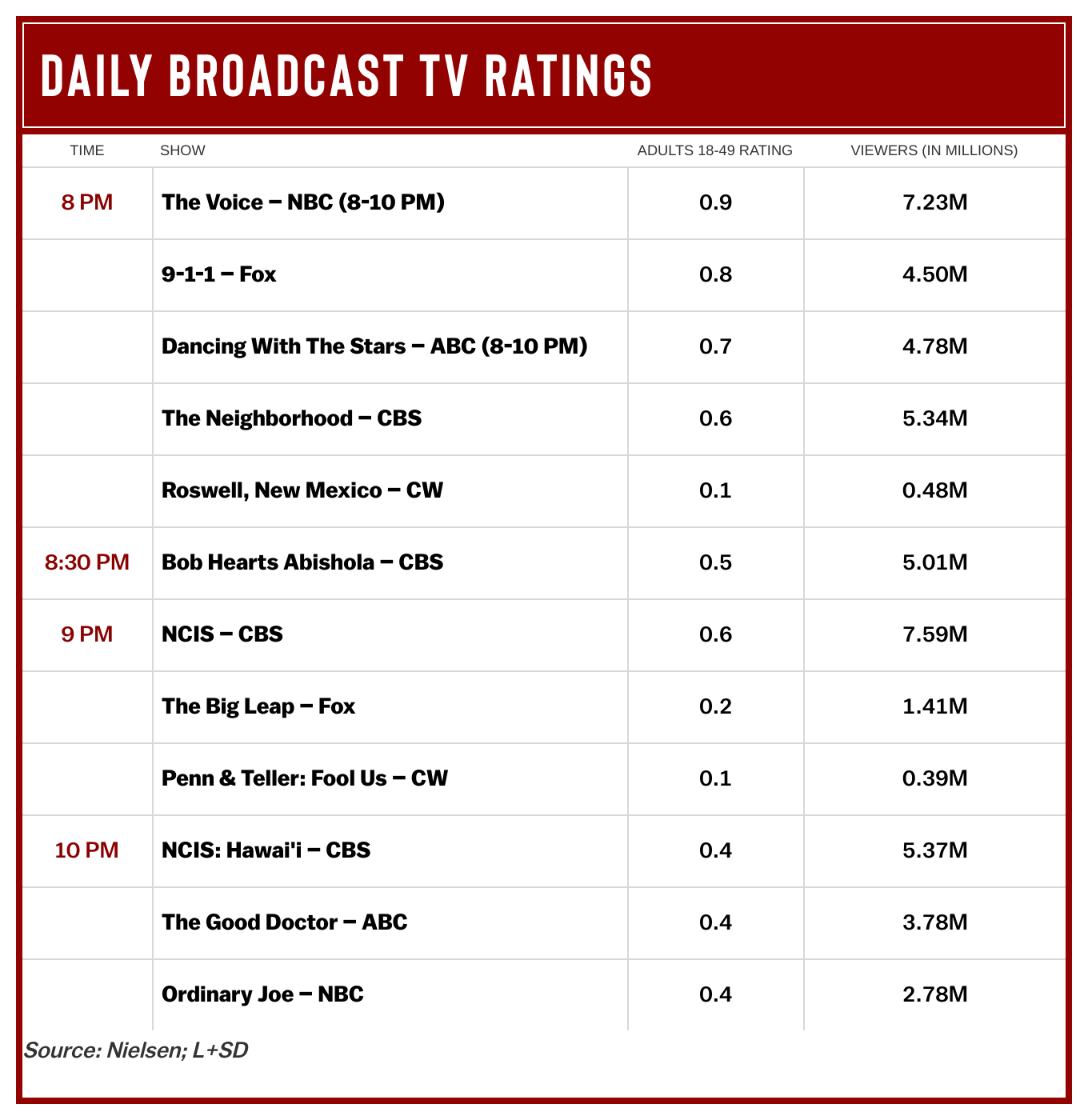