AMC’s acclaimed horror series The Walking Dead will soon be coming to an end after 11 seasons on screens. As the franchise expands, Daryl Dixon star Norman Reedus opened up about his eagerly awaited spin-off.

For the last 12 years, Norman has starred as one of the few survivors who are still alive after being introduced during the first season.

Throughout the years, he quickly became a fan favourite for his knife-wielding skills against the deadly Walkers.

He was also loved by fans for his loyalty and dedication to the other survivors and his self-proclaimed brother, Rick Grimes (played by Andrew Lincoln).

As the series draws closer to its last-ever finale, its been revealed Daryl will survive and have his own spin-off series. 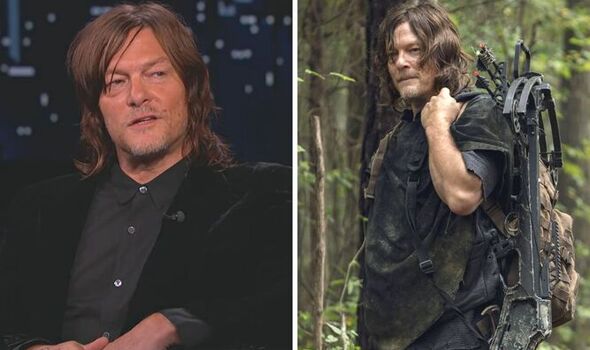 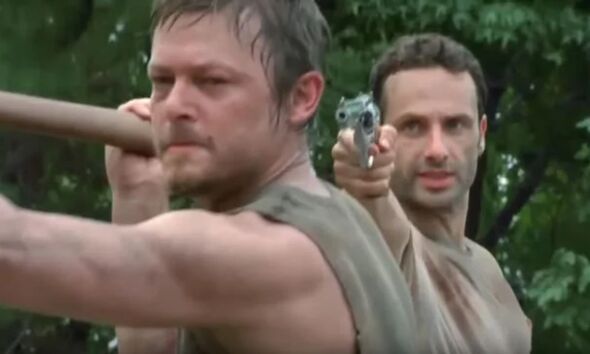 The series was officially announced in April, however, it was also originally planned to star Melissa McBride as Carol Peletier.

Although, Carol originally stepped down Norman confirmed the two characters would eventually meet down the line.

The actor shared more exciting details about the show during his appearance on the late-night chat show, Jimmy Kimmel Live.

After he was quizzed on the title, Daryl teased: “I’m pushing for a title, but I don’t think it’s an official title yet.” 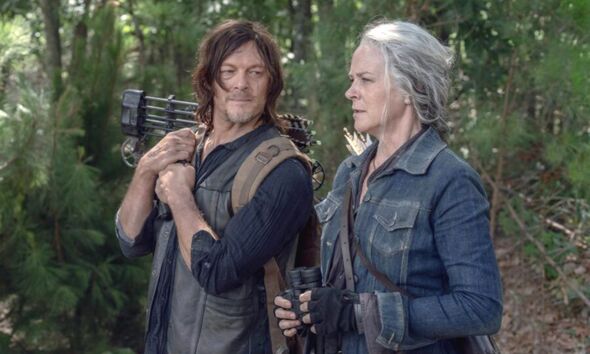 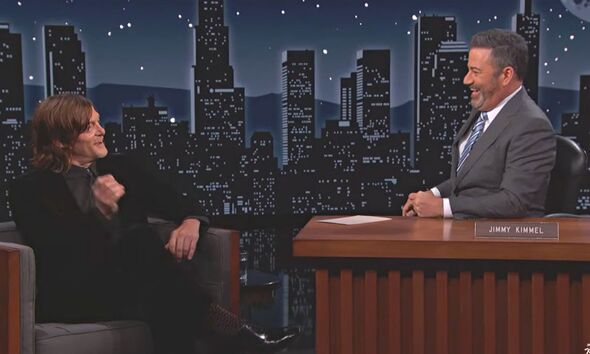 The actor confirmed: “There’s a title that I want.”

Jimmy asked: “There’s a title you’ve come up with or one of those things you guys are trying to choose from?”

“To find a title is insane,” Daryl added: “Because there’s thousands and thousands of the most ridiculous choices you have to choose from.”

After he was probed about the name, the star stated: “No, I’ll tell you when they cut these things off … I’m hoping for a certain title though.

“I mean let’s just think about it like She-Hulk is She-Hulk and Spider-Man’s Spider-Man, Batman’s Batman, so why not this one be boom boom, you know what I mean.”

Jimmy responded: “I see where you’re going, just call it Daryl,” to which the actor jokingly shushed the host.

As the audience roared with laughter, Daryl also opened up about his spin-off being set in Paris.

As Jimmy found it “weird” and joked about it being a “zom-com,” Daryl teased: “Somehow I get put there, I don’t go there on my free will.

“I’ve been out there location scouting, casting and everything for the last couple months and it’s epic.

Which led Jimmy to ask: “Will the zombie have french accents,” and imitated the Walkers with a French accent.

As Daryl added: “I mean they already do … we’ll destroy the Louvre and stuff.”

After Jimmy probed: “Is that true?” the actor doubled down “I mean I didn’t say that either.”

The Walking Dead season 11 is available on AMC in the US and STAR on Disney+ in the UK.