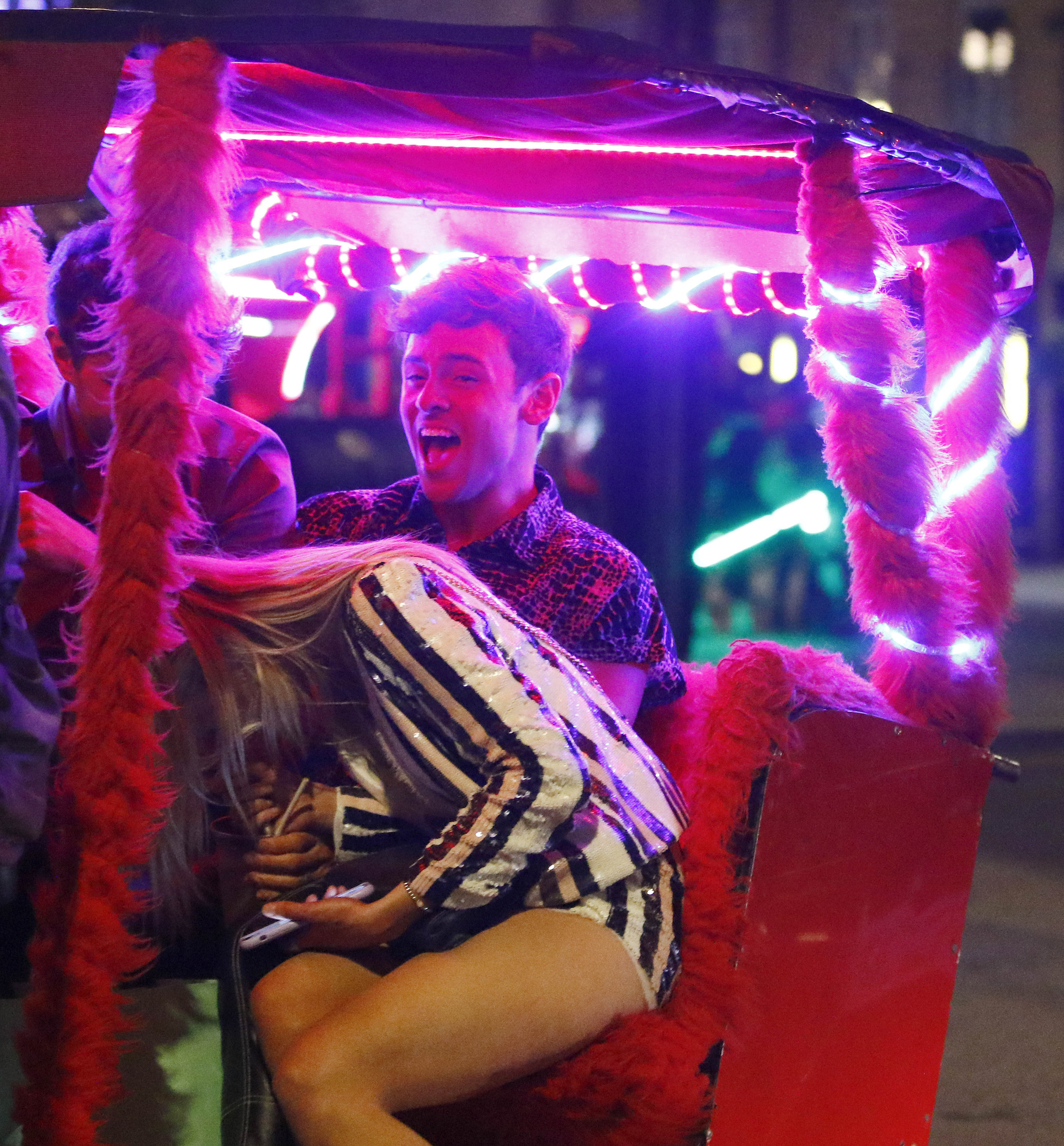 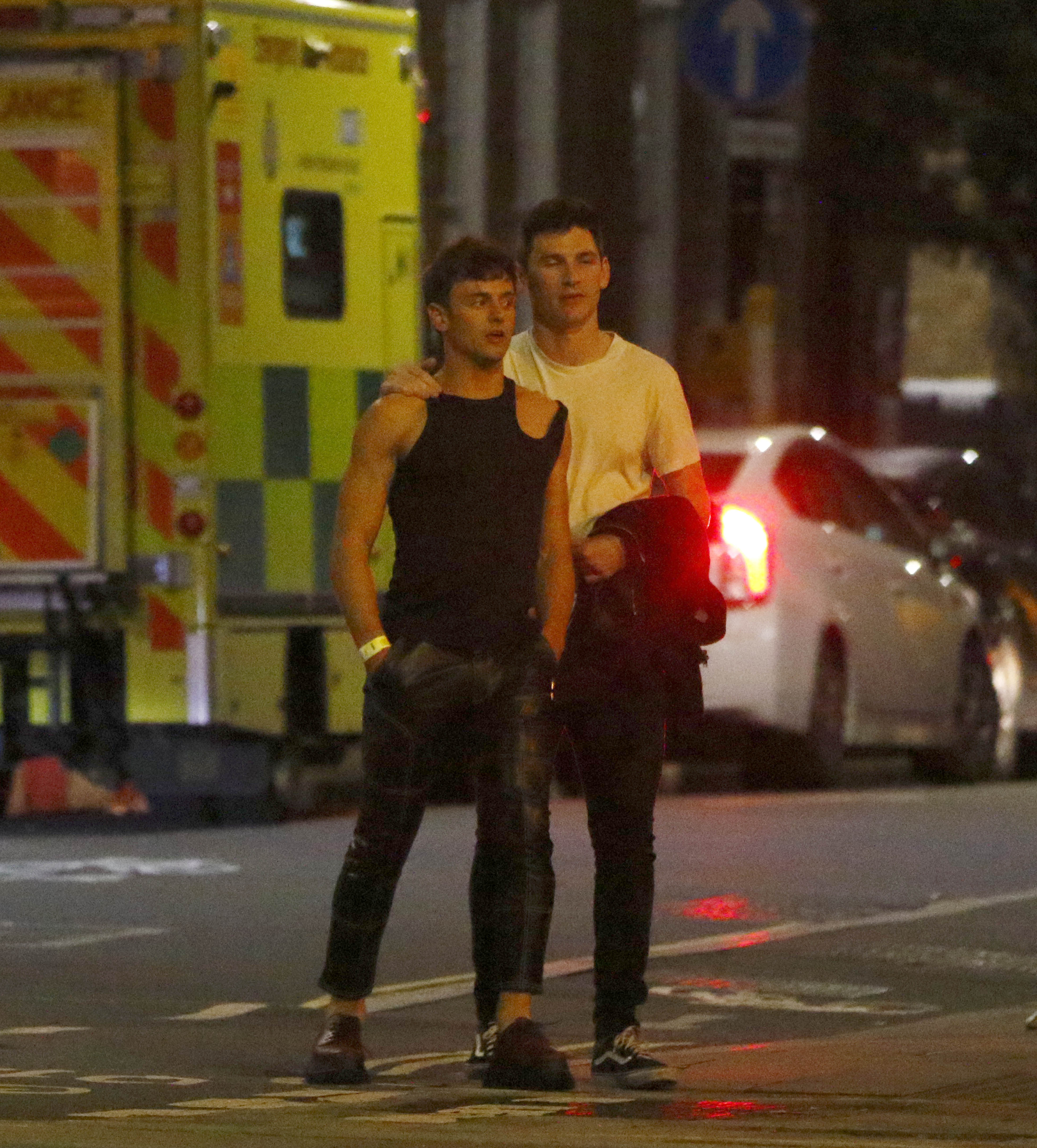 Tom, 27, finally won gold at his third Olympic Games in Tokyo after he and Matty Lee pulled off a brilliant 10m synchro diving win against China.

The professional sportsman, who also won bronze in the solo event, looked to be enjoying himself as he headed into London on Friday.

Tom was joined by his group of friends as well as his brother Sam and sister Casey for the evening of fun.

The group kicked off their night at the famous Claridge's Hotel in Mayfair, before heading to the swanky Soho-based restaurant Bob Bob Ricard.

They could be seen sipping on glasses of champagne as they celebrated the Olympic diving win – as the boys snapped their evening on social media.

Tom was snapped wearing black leather trousers and a Gucci belt, as well as purple Doc Martin loafers and a snake-print shirt, as he exited the venue.

After three hours of knocking back drinks, the sporting star looked to be in high spirits and waved down a rickshaw to take him across the city.

He and his friends sat in the back of the man-powered vehicle for 20 minutes as they danced to music played loudly from speakers behind them.

Tom was seen sipping on a drink as he enjoyed the ride, smiling from ear to ear as they pulled up outside of nightclub Omeara in London Bridge.

Looking worse for wear, the gold-medallist stripped off his shirt to reveal a black vest top underneath as he was led through the streets.

Tom's friends kept their arms around his shoulders as they hung around outside the venue before heading home – 12 hours after setting off.

Matty Lee was seen leaving the venue with dancer Danielle, who is the ex-girlfriend of One Direction star Liam Payne, before everyone else at 3:30am.

The pair got steamy on the street, sharing a passionate kiss on multiple occasions before jumping in a cab to go back to their hotel.

Tom and the rest of the group didn't leave until 4:30am, heading towards a nearby friends house – either to continue the party or get some sleep.

'YOU CAN ACHIEVE ANYTHING!'

It comes weeks after Tom and his diving partner Matty Lee won Olympic gold in the men's synchronised 10m platform event, beating China to the top of the leaderboard.

It capped a wonderful journey for Daley, who incredibly starred in his first Games in Beijing aged just 14, winning bronze at both London and Rio.

The Plymouth superstar celebrated ending China's 21-year grip on the 10m event by hoping more people who unfairly felt "alone" or "different" could fulfil their potential.

He said: "When I was younger I always felt like the one who was alone and different and didn’t fit in and there was something about me that was always never going to be as good as what society wanted me to be.

"I hope that any young LGBT person out there can see that no matter how alone you feel right now, you are not alone and that you can achieve anything and there is a whole lot of your chosen family out here ready to support you.

"I feel incredibly proud to say that I am a gay man and also an Olympic champion.

"I feel very empowered by that because when I was younger I thought that I was never going to be anything or achieve anything because of who I was and to be an Olympic champion now shows you can achieve anything."

Away from the pool, the star who came out in 2013 has become a gay rights hero, and married movie producer Dustin Lance Black.

The couple welcomed their first child – a son named Robert born via surrogate – a year after the pair got married in 2017. 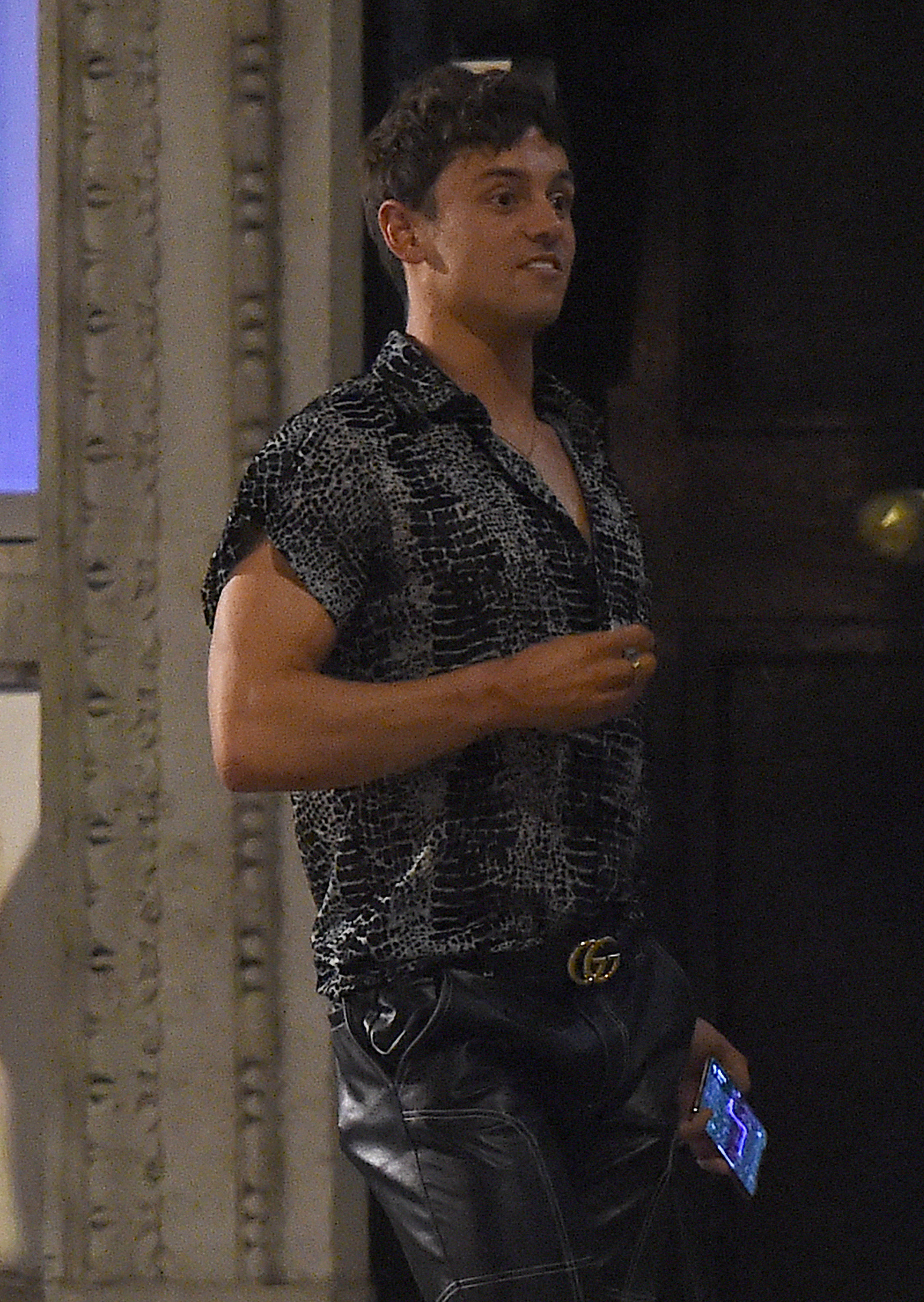 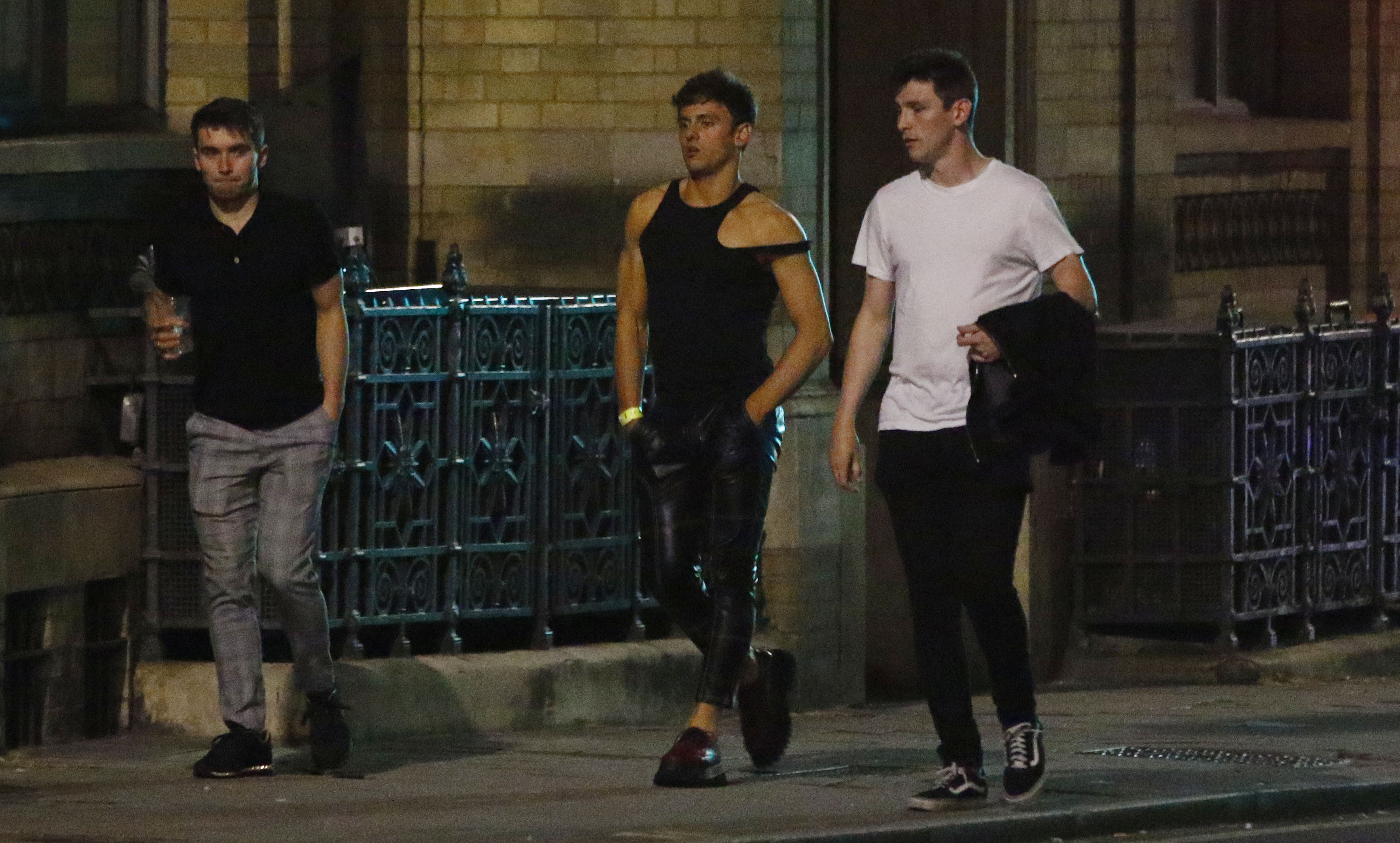 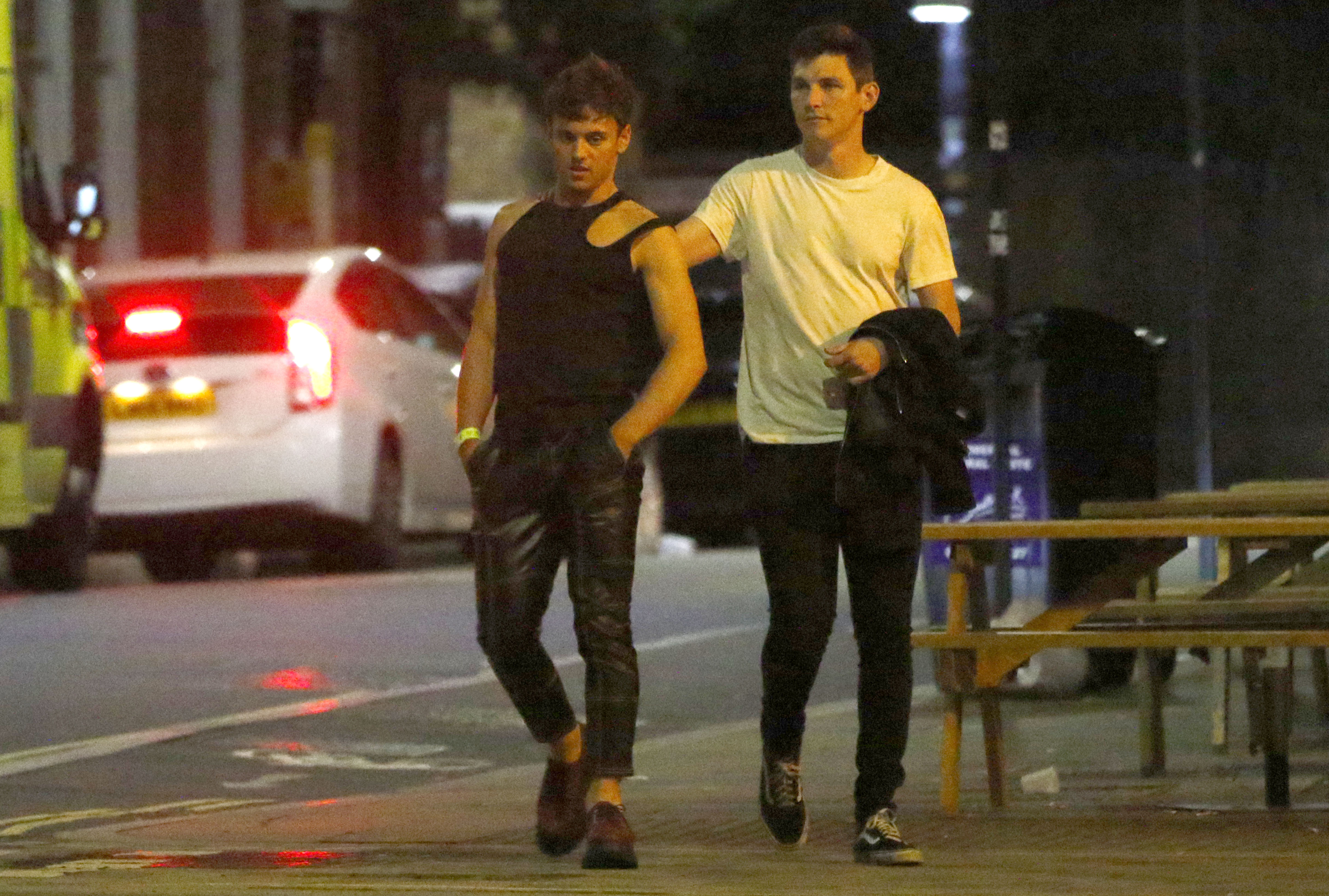 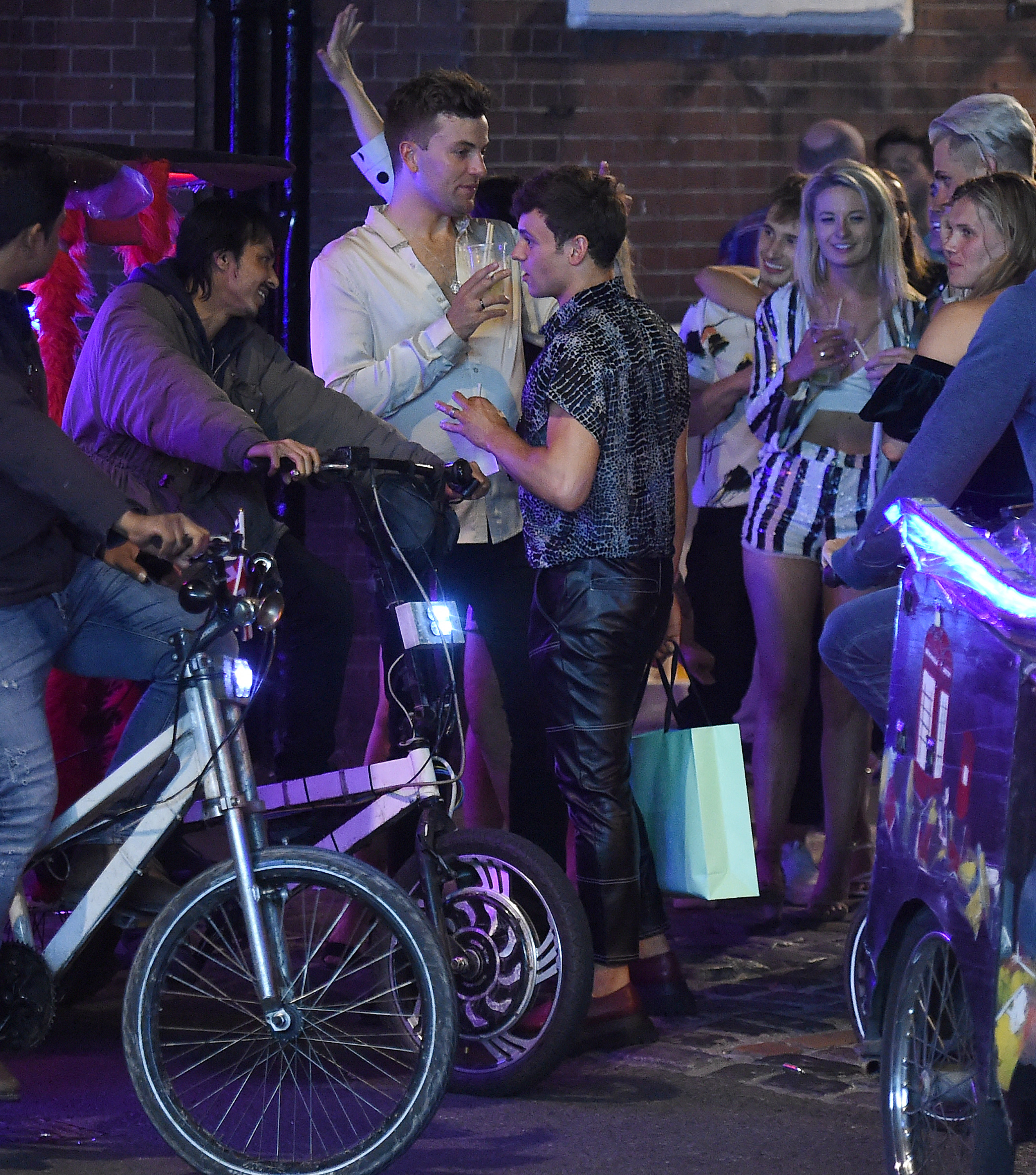 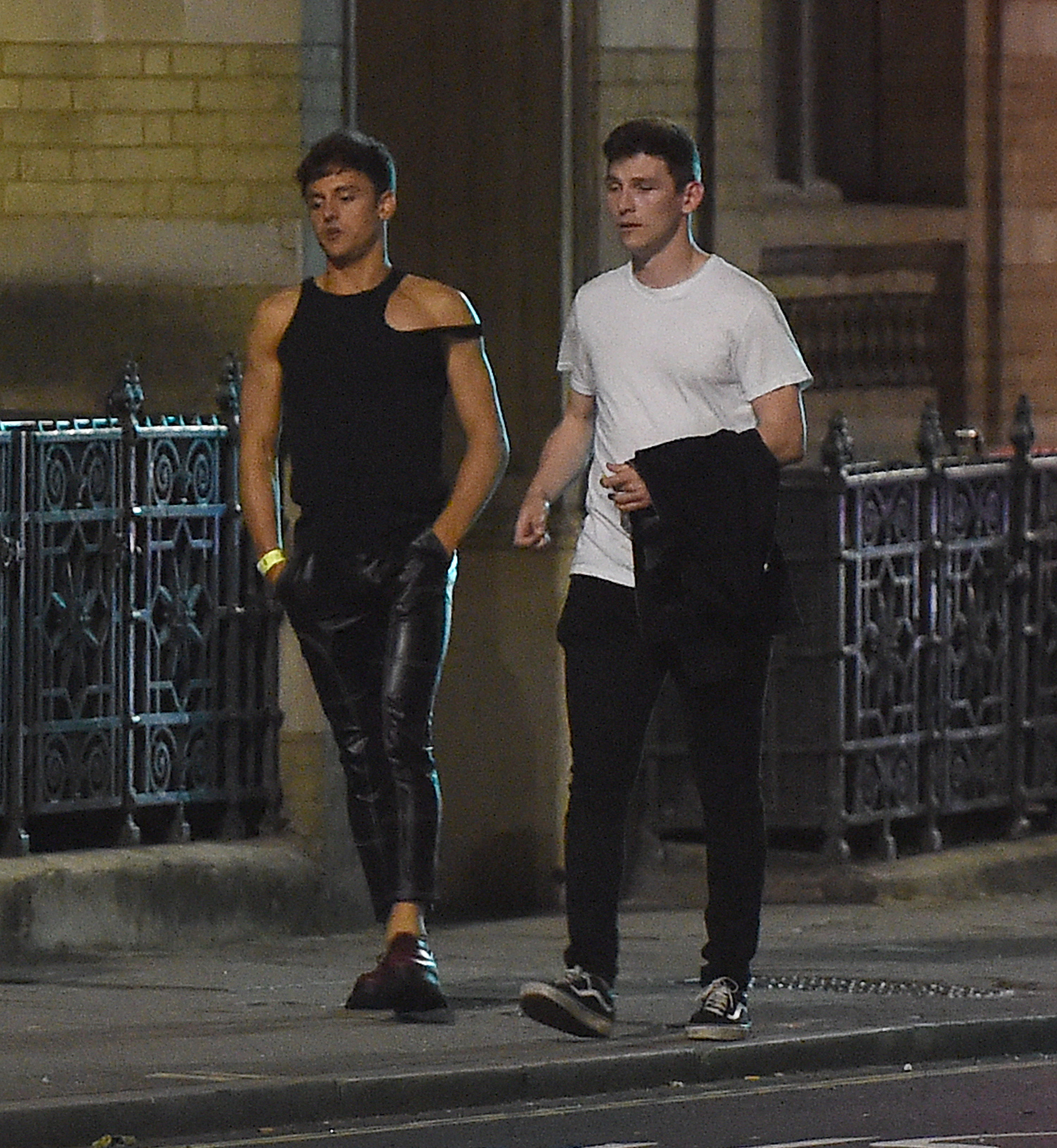 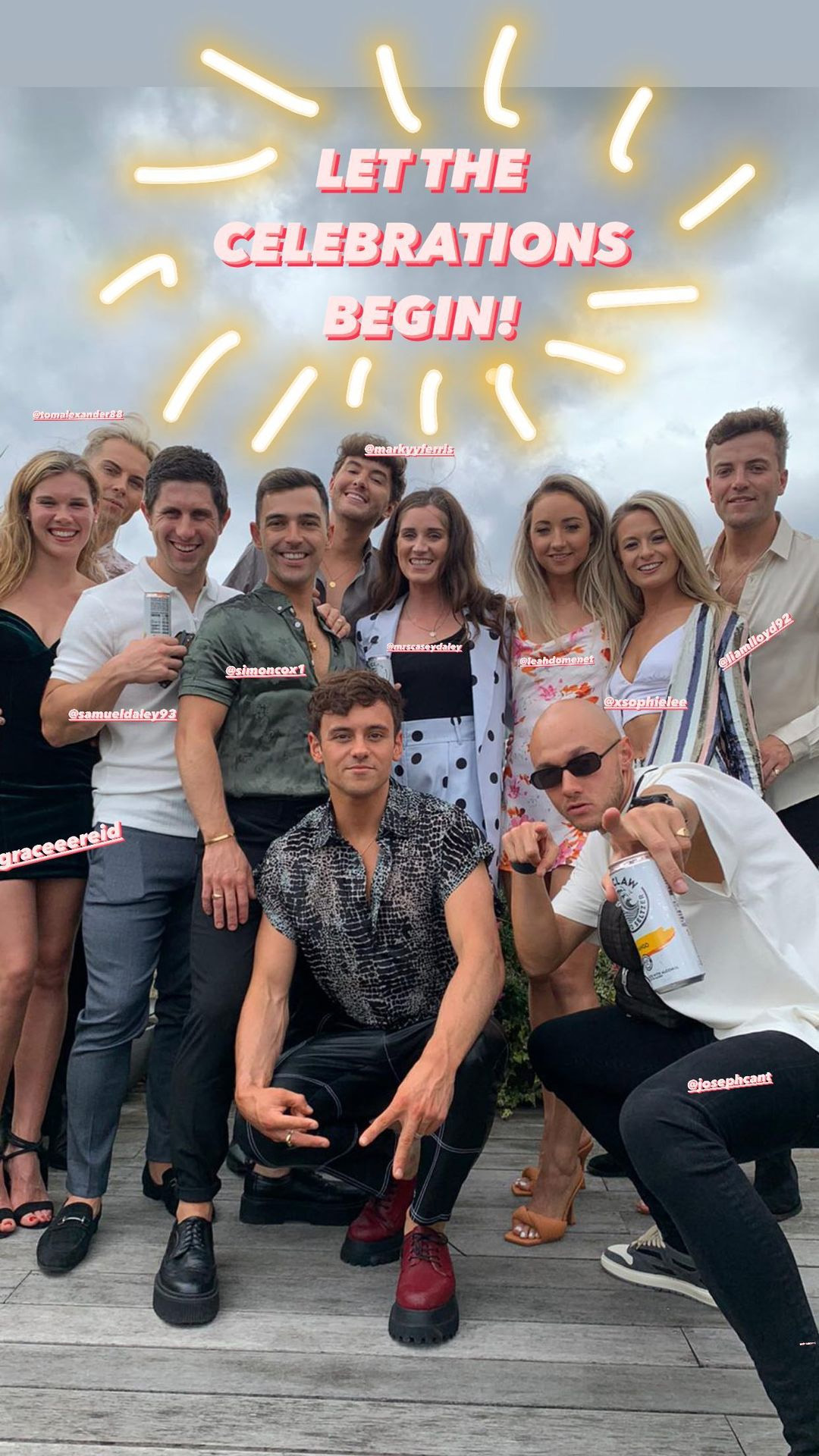