In the final episode of season five, it was revealed that Alfie was still alive, having been presumed dead after being shot by Tommy.

Following the confirmation of his survival, it appears the pair are going to have an intense stand-off in the new episodes, which are set to premiere in early 2022.

In the new teaser trailer released by the BBC, Tommy can been seen walking through a shadowy corridor.

Wearing his signature cap low on his face, the gangster says to Alfie – whose face was scarred from Tommy’s gunshot – ‘Alfie, I think I may have written your final act.’

It doesn’t look like Alfie is going to receive the threat all too well, glaring into the camera. 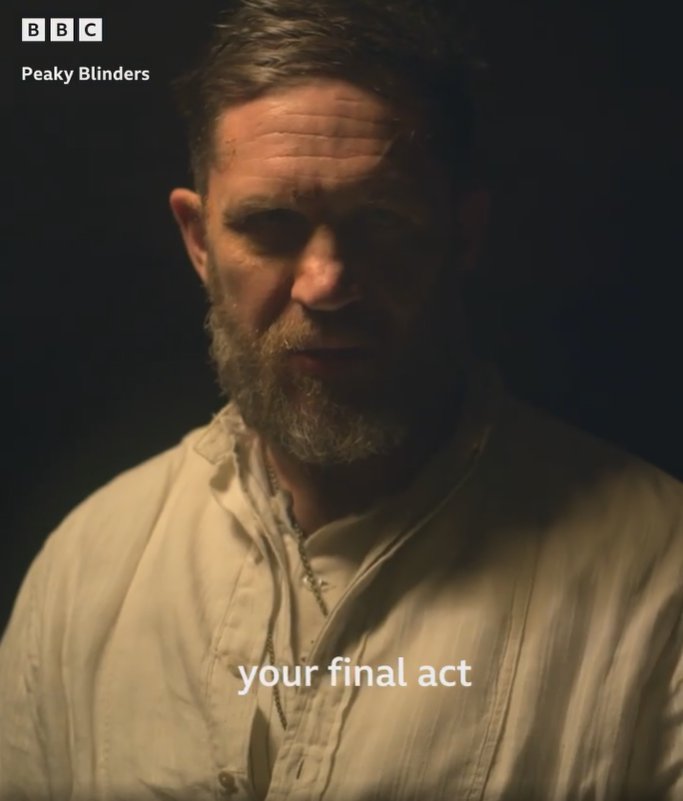 The official Twitter account for Peaky Blinders captioned the teaser with a simple, straight-to-the-point statement, writing: ‘Look who’s back.’

Fans can’t wait to see the showdown between Alfie and Tommy, as well as the return of the other members of the Shelby clan and their associates.

‘TOM HARDY IS BACK. Omfg,’ one person tweeted with excitement.

‘Every one of their scenes together are freaking awesome,’ another wrote about the captivating duo.

While Peaky Blinders is set to come to an end with season six, there is also a film in the works.

The creator of the show, Steven Knight, explained that the story would draw to a close in the movie, like he had always planned.

‘Covid changed out plans, but I can say that my plan from the beginning was to end Peaky with a movie. That is what is going to happen,’ he told Deadline.

Peaky Blinders is available to watch on BBC iPlayer.