DR STRANGELOVE, OR HOW I LEARNED TO STOP WORRYING AND LOVE THE BOMB
(95 minutes) M 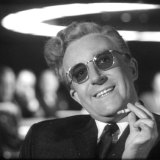 G.W. Pabst’s 1931 musical about honour among thieves departs from the Brecht and Weill original, a huge hit when staged in Berlin a couple of years earlier. But the implied equation between crime and business remains, along with the fanciful London underworld setting and many of the supremely sardonic songs. Screens at the closing night of the German Film Festival. Digitally projected. Como, Sun 9 June, 7.15pm. 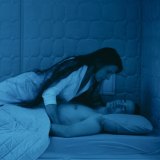 Science fiction but not as we know it, this confounding, alarming flight of fancy marks the English-language debut for French director Claire Denis (Beau Travail). Robert Pattinson and Juliette Binoche lead the international cast as unwilling astronauts doomed to travel further and further from home. Cinema Nova.

Based on the classic children’s book about an innocent young space traveller (Steven Warner), Stanley Donen’s 1974 musical is a bit fey, a bit psychedelic and more than a bit disturbing. Guest stars include Gene Wilder as a skittish fox and Bob Fosse in full depraved hipster mode as a deadly snake. Screens as part of the Children’s International Film Festival. Digitally projected. Lido, Sun 9 June, 4pm.

The third and most ambitious feature from Italian director Alice Rohrwacher (The Wonders) is a magic-realist fantasia with a number of surprises up its sleeve. Played by non-professional Adriano Tardiolo, the protagonist is a simple-minded innocent from a seemingly traditional peasant community, though it turns out that modernity isn’t far away.