Paddy, 45, and Freddie, 41 have joined Chris, 44, to form the new presenting line-up for Top Gear 2019 which is set to hit the screens tomorrow.

Matt Le Blanc, 51, and Rory Reid, 39, stepped down from the show last year and have been replaced by Paddy and Freddie.

Ahead of the new series, the presenting trio have opened up about their chemistry and if they got on when the cameras stopped rolling.

Speaking about how they played pranks on one another, Chris revealed he was rather “worried” about one task.

“In Ethiopia if you lost a challenge you had to wear this knitwear so I wore it on the first day because I lost the challenge and I just got on with it to be honest,” Freddie explained to Express.co.uk.

“Then I had to hand it over to someone who who made a bit of a meal of it…” he added.

“I was so worried about the lack of air flow getting to my body I didn’t even worry about the smell but it smelled rank.”

“About two percent worse than he smells now,” joked Freddie before Chris added: “It was an awful garment, they brought it out for the studio recording and looking at it made me shudder.”

Discussing another bit of mischief, Paddy confessed: “They put donkey dung in my car which I didn’t know was there at first. 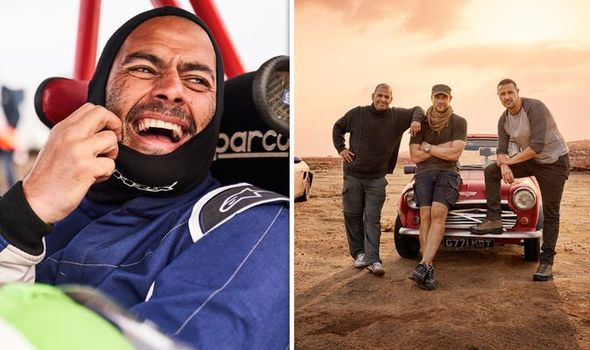 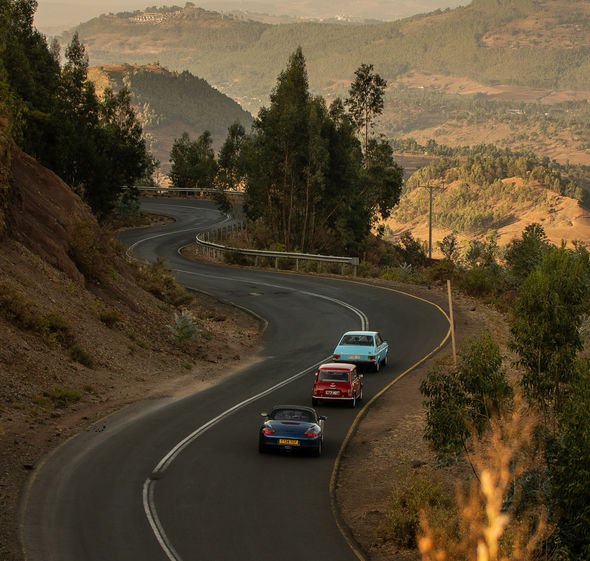 “They put it under my seat so I was sat on it for a good ten minutes in the baking heat of Ethiopia thinking it smells a bit fruity in here.

“There wasn’t a load of pranks but alway a lot of laughter, half of which you won’t see on the telly.”

But the presenters aren’t the only ones getting up to trouble as they revealed an unusual encounter with a baboon in Borneo.

Paddy remarked: “You’re staying in digs where baboons are knocking at the window in the morning. It’s mad but amazing to see.”

“I had one watching me in the shower,” added Freddie before Paddy joked: “You had the pervert one!” 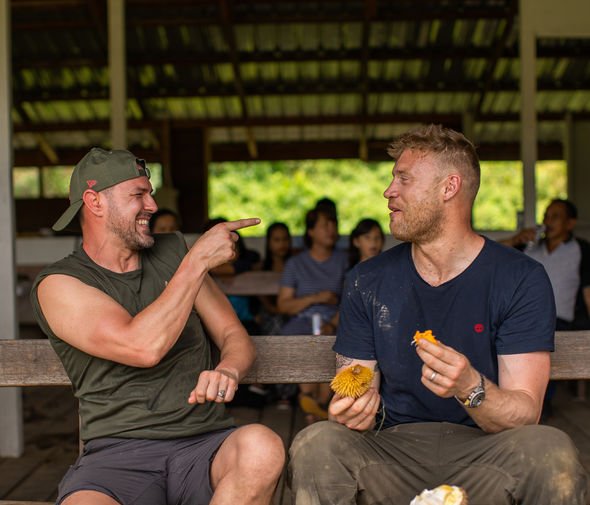 Agreeing, Freddie said: “I did, he was a right wrong’un!”

Meanwhile, Paddy suffered an awkward gaffe live on The One Show during an appearance with his fellow Top Gear presenters.

As they arrived at the studio, the trio struggled to get out of their car causing them to be late.

However things seemed to settle down once they were on the sofa being interviewed by hosts Matt Baker and Emma Willis.

But just as Paddy when to recline on the iconic green sofa, he fell backwards as there was no backrest where he was sitting.

“The good thing is, it isn’t live,” he joked making light of the situation.