Top Gun: Maverick has plenty of emotional moments, including an iconic reunion between Tom Cruise and Val Kilmer. For many, the emotions came flooding in at the end when the characters are safe and are able to embrace. Miles Teller, who plays Rooster in Top Gun: Maverick, explains why the final scene with Cruise was so “cathartic.” 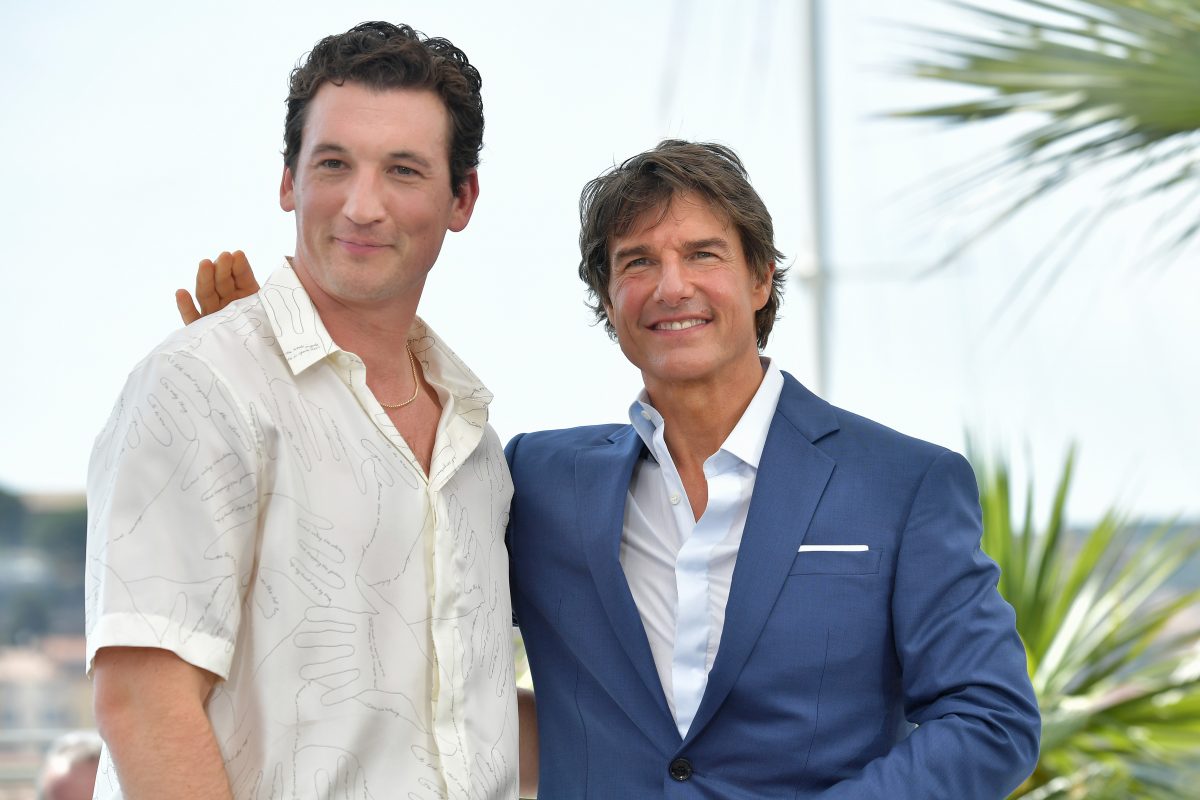 In the Top Gun sequel, Miles Teller plays Bradley “Rooster” Bradshaw, who has a surprising connection to Cruise’s Pete “Maverick” Mitchell. In the movie, it’s revealed that Rooster is the son of Nick “Goose” Bradshaw (Anthony Edwards), Maverick’s friend and partner who dies in an accident while the two are flying in the 1986 original movie.

Rooster blames Maverick for his death and he harbors a second grudge against Maverick because he pulled his application to the Navy. The tension between the two is high, especially as Maverick tries to train Rooster for a deadly mission. However, by the end, the two settle their differences and Rooster even ends up saving Maverick’s life.

At the end of Top Gun: Maverick, Maverick, Rooster, and most of the cast embrace on the deck of a naval vessel after completing their mission. Rooster and Maverick share a heartwarming moment that could make even the strongest person teary-eyed. In an interview with Cinemablend, Teller explains why this scene was so emotionally satisfying to film.

“There’s very few moments, I think, that are satisfying between two characters that kind of put a button on it,” Teller said. “And I just remember, you know, the whole cast is there and just knowing what our characters went through – I think ‘cathartic’ is a good word. But yeah, we are on the flight deck. We’re on the carrier. And it was just really sweet.”

Teller also shares a nice moment with Glen Powell’s Hangman as the two characters built up somewhat of a rivalry in the film. Miles Teller fully understands if people cried during this scene as that’s what Top Gun does.

‘Top Gun: Maverick’ has been a huge hit with audiences

Miles Teller is correct about audiences being connected to Top Gun: Maverick as people are flocking to theaters to go see it. Even if people haven’t seen the original Top Gun, word-of-mouth has been so positive about this sequel that people are going to see it no matter what age.

Box office numbers have been great so far for the movie and it broke the record for the best opening of any movie over Memorial Day weekend, grossing over $200 million domestically according to Deadline. In addition to Miles Teller and Tom Cruise, the cast of Top Gun: Maverick includes Glen Powell, Jennifer Connelly, Monica Barbaro, Jon Hamm, Ed Harris, Lewis Pullman, and Jay Ellis.