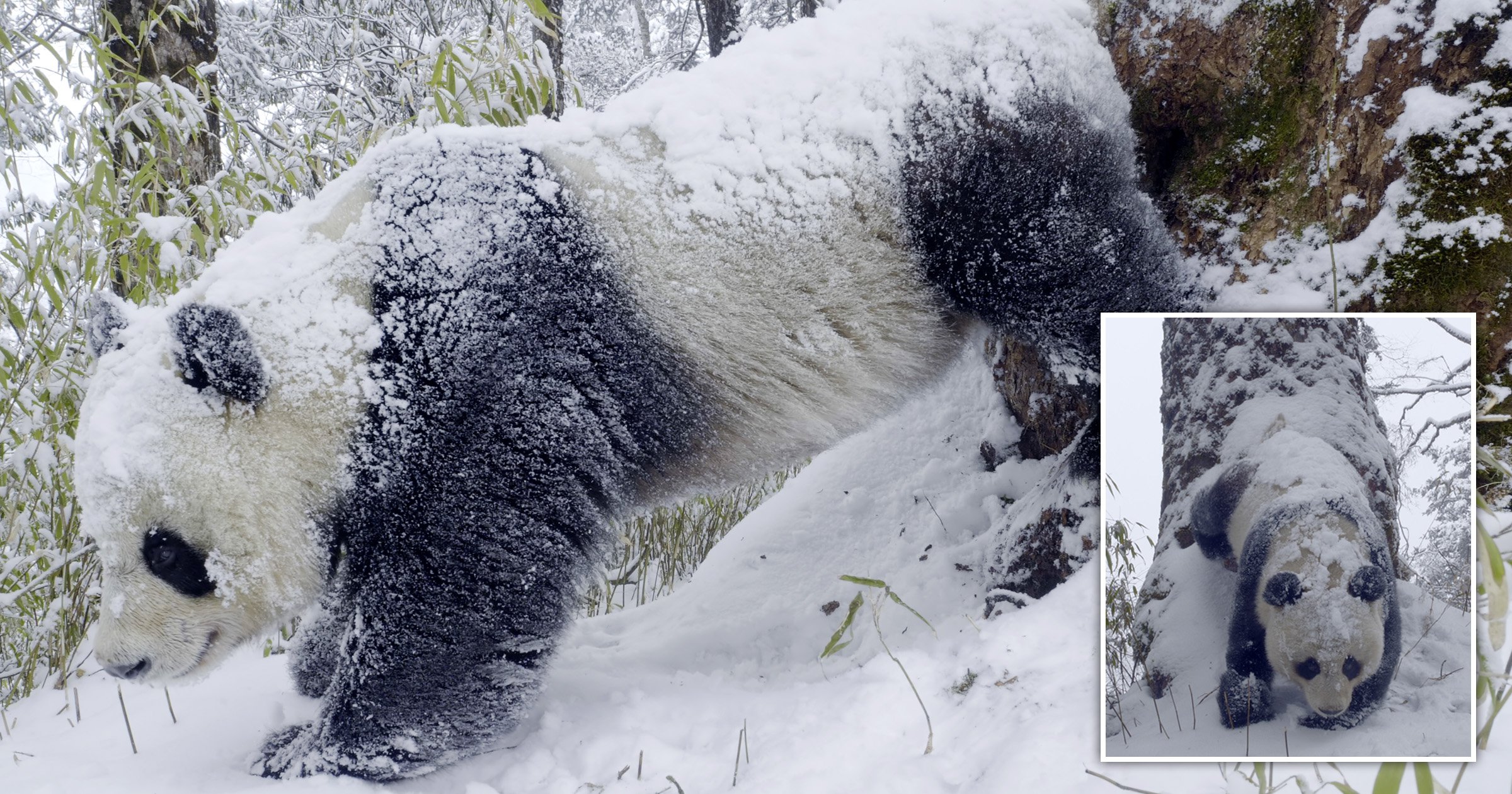 Sir David Attenborough has shown us incredible wonders over his decades-long career, but he’s about to bring us a truly magnificent feat of nature – twerking giant pandas.

Yep, episode three of Frozen Planet II is about to get just a little weird, showing the pandas, erm, cutting some shapes.

Producer Alex Lanchester explained what is actually going on with the pandas, saying: ‘Lots of people are probably used to seeing pandas but they’re mostly filmed in captivity.

‘We’ve caught wild pandas on our camera traps up in the mountains in China. And in a first, we show a ‘twerking’ Panda, as males perform head stands and gyrate their bums against trees to mark out their territory.’

Basically, giant pandas sometimes do ‘handstands’ to mark their scent. Pandas climb a tree backwards with their hind feet until they’re in a full handstand upside down enabling them to leave their scent higher up.

So, while they’re not technically twerking, it does look a whole lot like they’ve been taking some inspiration from the dancers of the world.

Last week, the nature programme brought viewers to the North Pole, with many left heartbroken over a devastating story involving seal pups.

Following the previous week’s bizarre walrus mating ritual, the programme homed in on the story of a mother seal looking after her new baby, who was of course all types of white, fluffy and adorable.

Viewers were lulled with gorgeous footage of the parent and baby bonding as the mother fed her baby and taught him how to swim.

However, Frozen Planet II fans were not ready for what would come next as renowned conservationist and broadcaster Sir David explained: ‘After producing milk for 12 days, she has lost a third of her body weight.

‘Now she must return to her feeding grounds. She will never see her pup again.’

If that wasn’t the killer blow, more followed as it transpired that seal pups spend the next four weeks alone on the packed ice, hoping to survive before they are ready to go hunting in the water on their own.

We reckon we’ll stick with the twerking pandas, cheers David.

Frozen Planet II returns Sunday at 8pm on BBC One.