TYGA has ridiculed Love Island star Eve Gale after she claimed that they exchanged flirty messages.

The 30-year-old star got the shock of his life when he was tagged in a series of tweets and memes as the 20-year-old twin opened up about their encounter on last night's episode of the show. 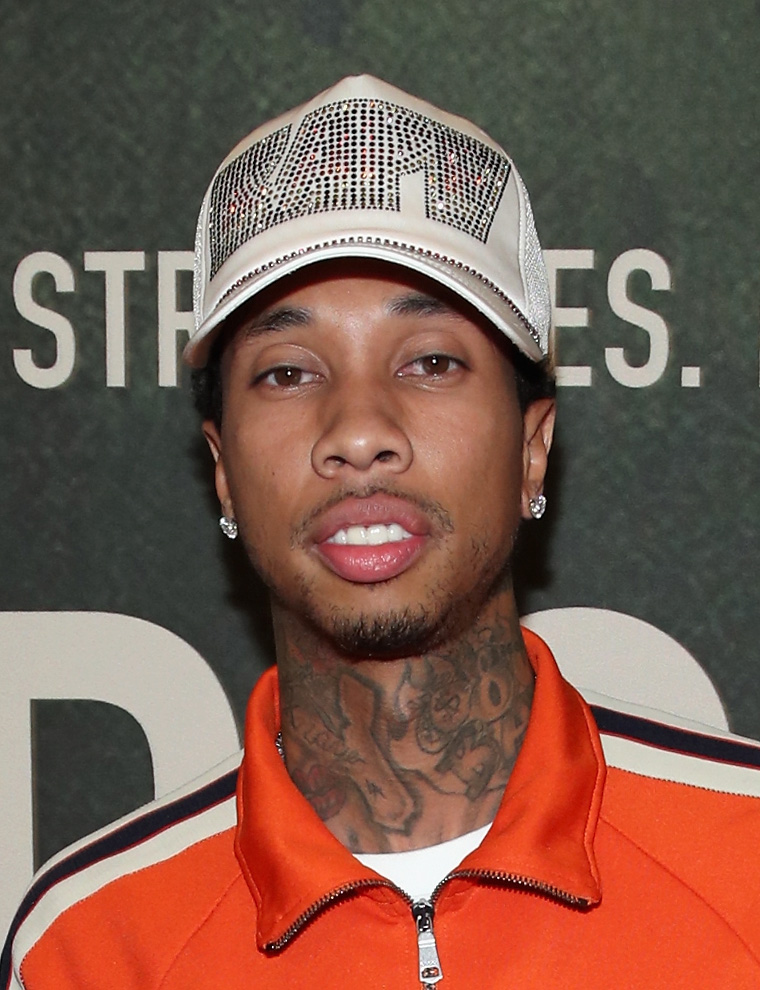 Eve shocked her fellow Islanders when she made the admission during a game of Spill The Tea, with several guessing that Lewis Capaldi's ex Paige Turley was the girl who had messaged a "famous rapper".

And fans at home were just as surprised, with many taking to social media to joke about the blonde beauty's story.

One shared a photo of rapper Tyga twinned alongside a snap of another man, adding the caption: "Sorry she was talking about the guy on the right."

Tyga 'liked' the post before sharing a series of crying-with-laughter emojis. 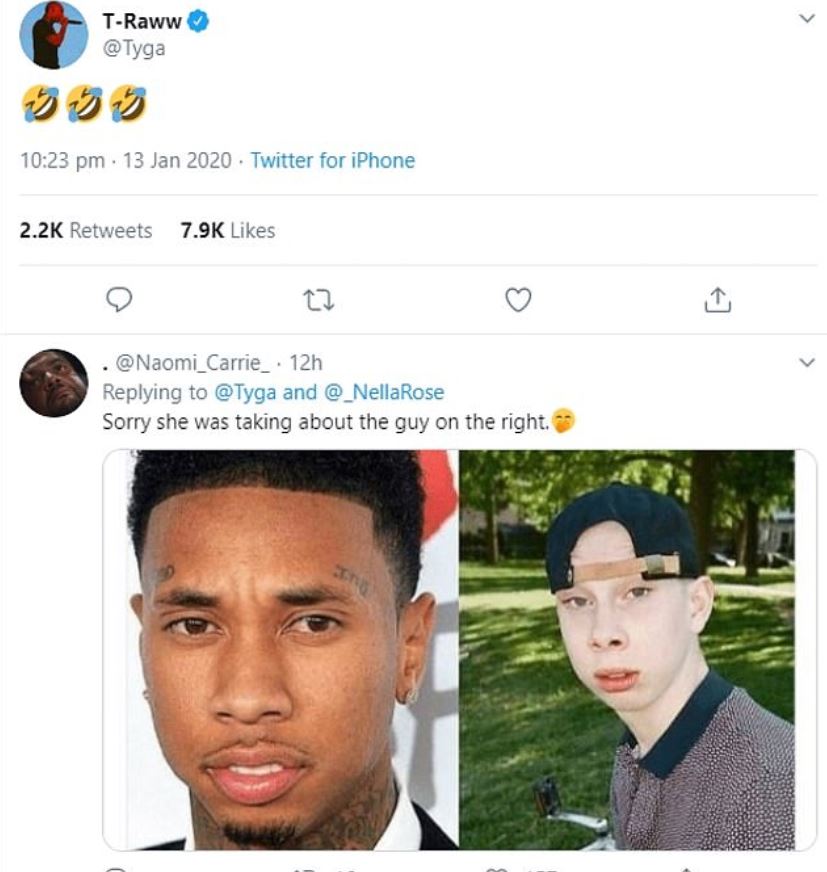 Another cynic tweeted: "Tyga could take any bird around him… and Eve wants us to believe he was willing to wait 12 hours to fly her out???"

A third wrote: "Who else thinks the Tyga thing was a fake account that she fell for?"

Before going into the villa with identical twin Jess, Eve bragged about her famous liaison. 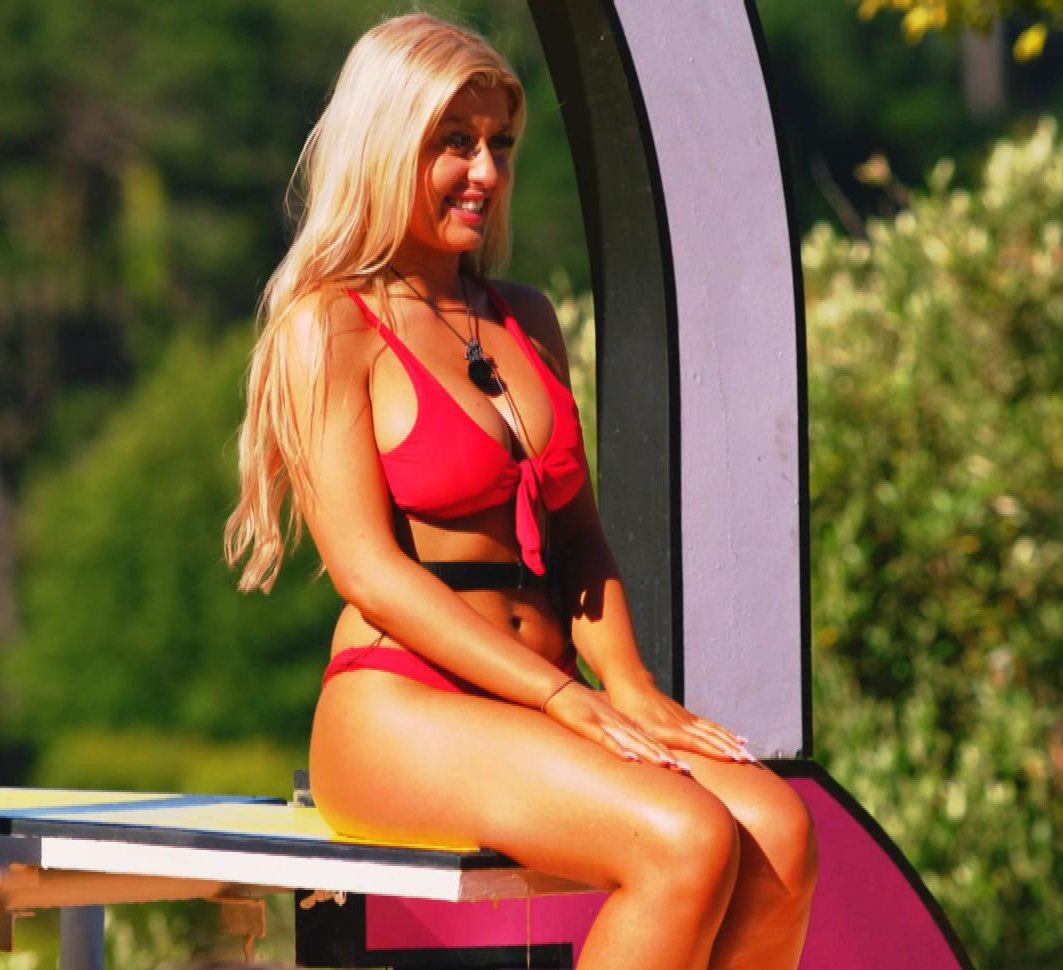 "We were both at an event and I posted an Instagram story tagging him.

"He then messaged me afterwards and we spoke on WhatsApp."

The dalliance continued to The White Isle, with Eve adding: "Then when me and Jess were in Ibiza, he was there again.

"He asked me to meet him but we arrived the day he left." 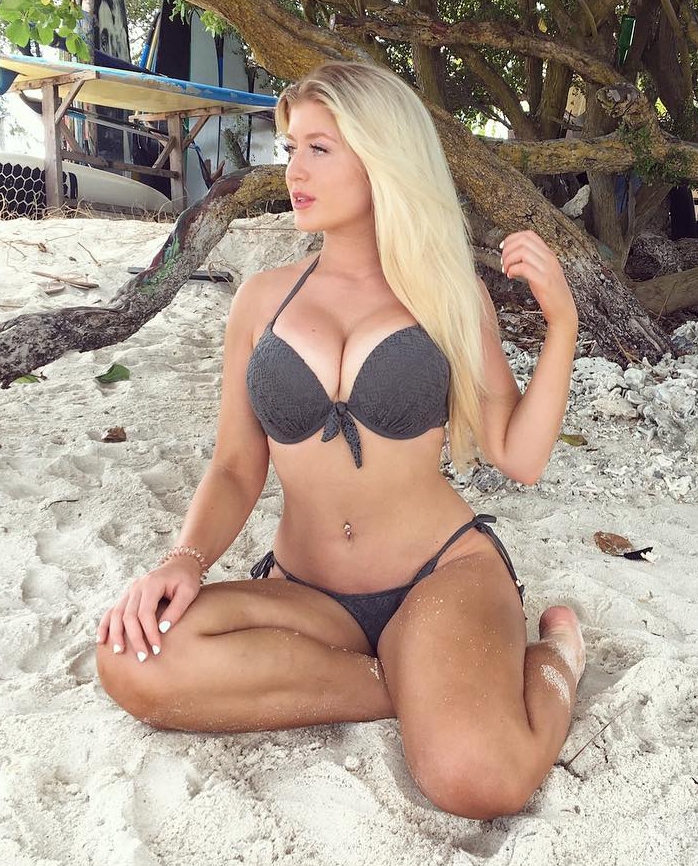 She also boasted about being messaged by lesser-known rapper Pop Smoke.

Tyga, 30, dated billionaire Kylie for three years between 2014 and 2017, with the pair not making their romance official until Kylie's 18th birthday in August 2015.

After being on and off for the majority of their relationship, the pair split for good in April 2017 – although both insisted that the break up was amicable.

How Did Oprah Winfrey and Stedman Graham Meet?