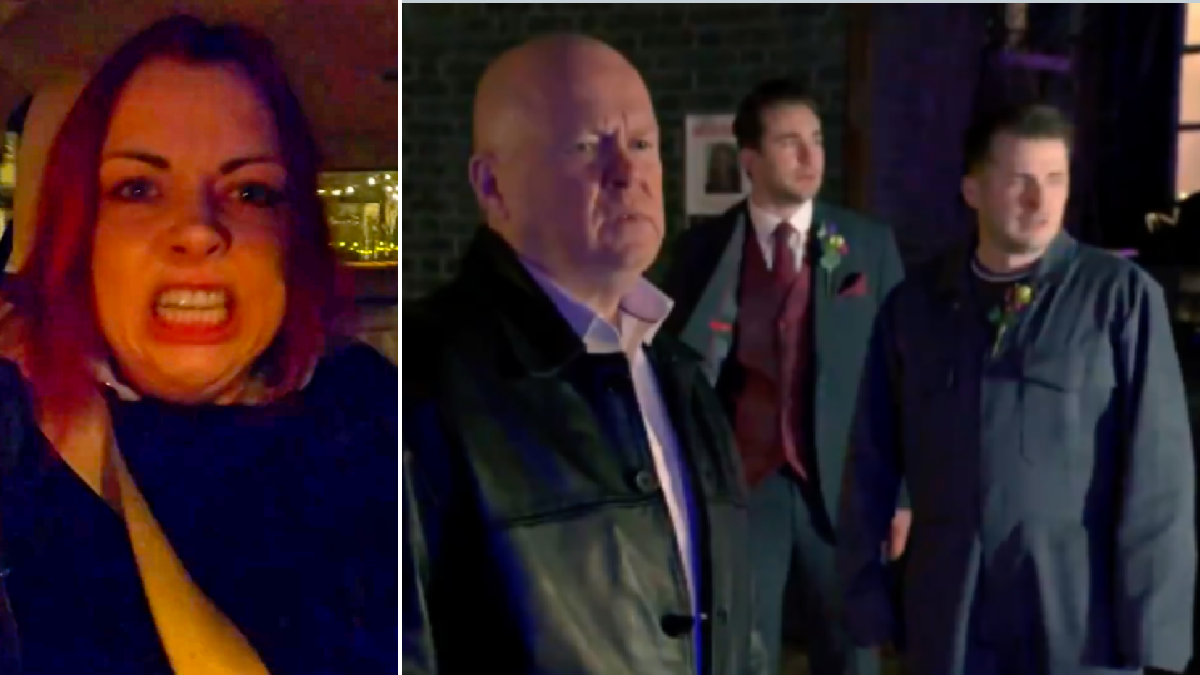 Whitney Dean (Shona McGarty) made a huge mistake in EastEnders tonight (May 11), as she set off on a mission to avenge Kush Kazemi (Davood Ghadami) – by trying to kill Ben Mitchell (Max Bowden).

The young woman thinks that Ben had something to do with Kush’s death.

Of course, this isn’t the case, as it was actually Gray Atkins (Toby-Alexander Smith) who murdered the market trader.

Upon learning that Ben’s wedding to Callum Highway (Tony Clay) went ahead as planned, Whitney was seething.

Blaming Ben for robbing her of her happy ending, she stole Gray’s car keys and headed off on a revenge mission.

Ben, meanwhile, was trying to put out a fire of his own, after Phil (Steve McFadden) discovered that Callum had betrayed him.

Phil wanted revenge on the copper, but Ben was determined to stop his dad – reminding him that Callum is now his husband.

Kat Slater (Jessie Wallace) was also present, as she was desperate to stop Phil from making a mistake he’d live to regret.

Her attention – along with Phil, Ben and Callum’s – was diverted, however, when Whitney came speeding towards them in Gray’s vehicle.

Whitney collided with one of the aforementioned characters, and the realisation of what she’d done started to sink in.

The question is: who did Whitney hit?

And has she killed this mystery character?

EastEnders continues Thursday May 13 at 7:30pm on BBC One.