One GB News viewer named Tracy was “perturbed” and got in touch to ask weekend presenters Stephen Dixon and Ellie Costello why “casserole dishes” were on display in front of the desk. She asked: “Why oh why?” Adding: “I don’t get it.” The hosts seemed surprised by the question and simply responded that the items give the set a more homely feel.

After GB News received a message from Tracy, Stephen shared it with viewers.

He explained: “Tracy is perturbed.” His co-star Ellie asked: “Why?”

Stephen went on: “Morning to you, Tracy. It’s because she says: ‘Why oh why do you have casserole pots near the bottom left of your screen there?'”

He continued reading: “Why do you have casserole pots on the desk? I don’t get it.'” 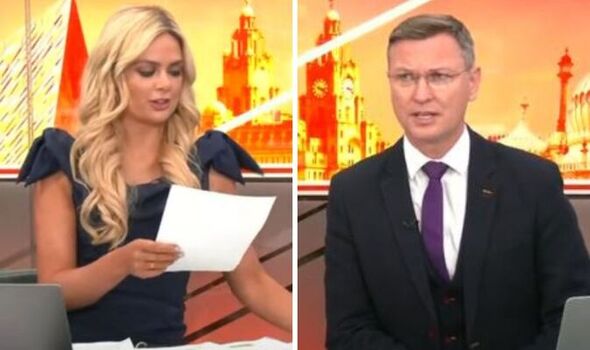 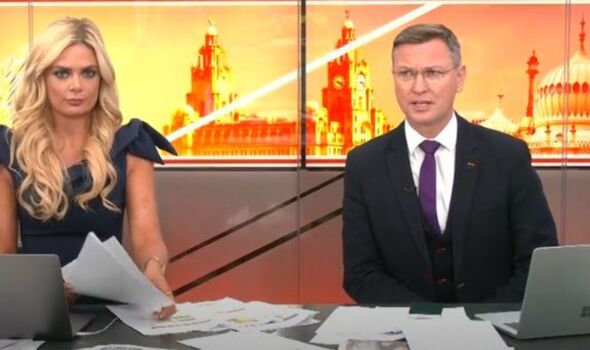 Ellie replied: “I think it’s meant to look bright, isn’t it? And just break up the colours…”

“Yeah, I think the plan is that you’re meant to feel like you’re in our kitchen,” Ellie continued.

“And we’re just sat having a chat and a coffee.” 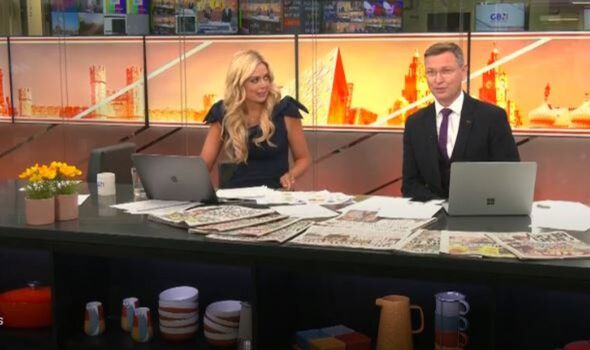 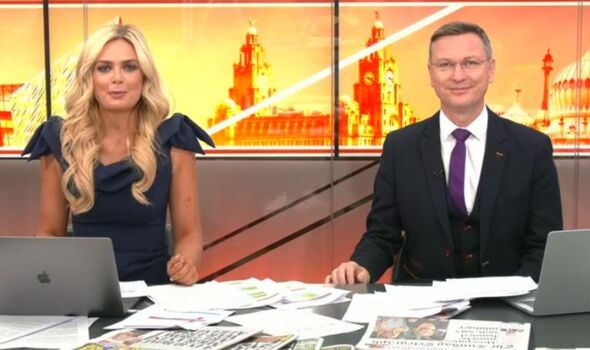 She added: “And this is our kitchen utensils down there.”

“There you go,” Stephen commented. “And one of these days we may,  you know, whip you up a casserole.”

“Maybe I should take that to the barbecue,” Ellie considered.

“Those dishes – they could come in handy a bit later.”

Stephen pointed out: “They weigh a tonne, those things.”

Speaking directly to Tracy, he continued: “Well, there you go our pots and pans and all that and cereal bowls.”

“I didn’t realise that was under there,” Ellie admitted. “A bit of merchandise under there, a bit of foliage.”

The two hosted the weekend’s GB News Breakfast show, which is presented on weekdays by Eamonn Holmes and Isabel Webster.

Former This Morning host Eamonn is currently taking a break for the summer.

He joined GB News last year as Dermot O’Leary and Alison Hammond replaced he and wife Ruth Langsford’s segments on the daily programme.

Breakfast airs daily on GB News from 6am.