If you see a co-host of The View making an appearance on another show, you know where the conversation is headed. Before long, someone will ask, “Do Meghan McCain and Joy Behar actually hate each other?” Or, if the interviewer is feeling frisky, “What about those Rosie O’Donnell days?”

So when Whoopi Goldberg stopped by Late Night With Seth Meyers on November 11, Meyers did his bit. “You have a day job, you have a lot of guests … sometimes, it gets very contentious. It’s very hard to get a word in edgewise. So I just want you to know: The floor is yours while you’re here.”

While Whoopi appreciated Meyers’s joke, she wanted to make the point that she’s usually not the one struggling to be heard. What’s more, she wanted to reiterate that it’s indeed her day job (i.e., something she does for money).

“So those of us watching at home shouldn’t be concerned,” Meyers replied. “I wouldn’t be,” Whoopi said. Then she looked out at the Late Night audience. “Find something else to do,” she quipped. 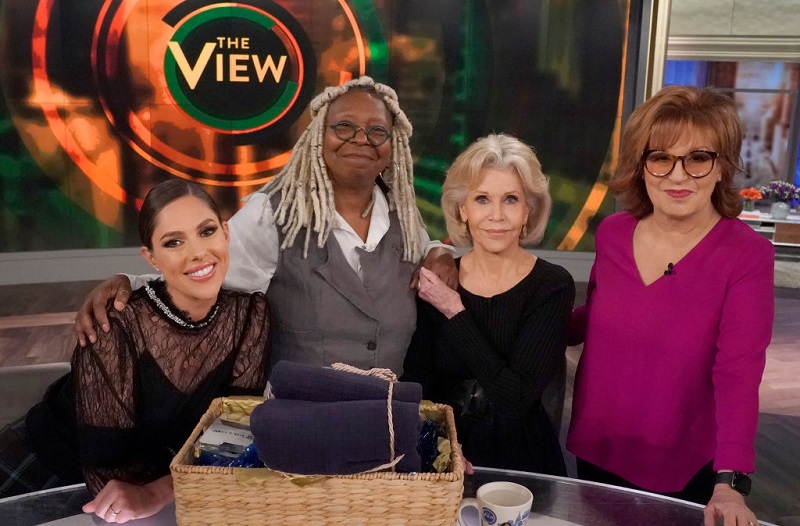 Whoopi continued with that theme in her conversation with Meyers, downplaying rumors that cast members fought backstage. “If we were truly fighting, there would be issues,” she said.

Seeing how some View co-hosts had been forced out over the years, you can probably take Whoopi on her word. To her, the show simply involves people with different opinions expressing their views. And the rest is just noise.

So every time rumors swirl about McCain getting fired or being on the verge of quitting, it’s helpful to remember that she’s getting paid six figures to offer her opinions every day on TV. That’s not something people let go of lightly. (Nor is a platform McCain clearly cherishes.)

Leave it to the show’s veteran moderator to remind The View fans to think rationally about it. “We can’t be the thing that keeps you up at night,” she said in closing. “That TV show is not what you should be concerned about.” 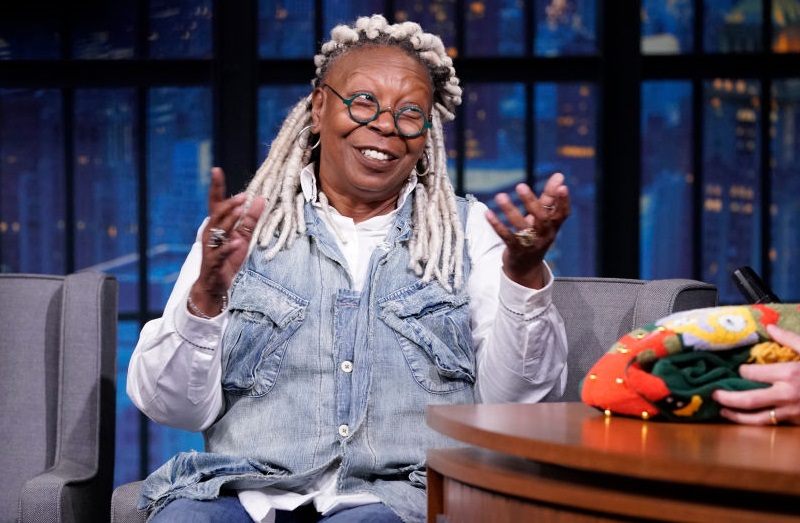 Though she celebrated her 64th birthday on November 13, Whoopi has not slowed down much. She started a clothing a few years ago and has plans to appear in a Sister Act revival in summer 2020. And she got her new hairdo for the part she’s playing in an upcoming adaptation of The Stand.

All in all, this does not sound like the workload of someone close to the Social Security age. And she attributed the flurry of activity partly to her choice of husbands over the years.

“If you don’t marry well…” she said to audience laughter. “I married often. So as it turns out, as I get older, I have to keep doing stuff to keep myself where I want to be.”