Yellowstone season four is on the way for Paramount Network and the western melodrama has gained a loyal following. Fans have been reminiscing about some characters who are gone but never forgotten – including developer Dan Jenkins (played by Danny Huston). Express.co.uk has all you need to know about why his character left the series in the second season.

Dan Jenkins became one of the enemies of John Dutton (Kevin Costner) in the series as he had big plans for the land surrounding the ranch.

The capital developer worked for Paradise Valley and he was married with three children, although he never saw his family.

He met John Dutton and the Broken Rock Reservation’s Thomas Rainwater (Gil Birmingham) to discuss future plans for the land in Montana.

While John disagreed with the plans, Thomas saw a potential opportunity and he and Dan joined forces to create the casino and hotel project.

His feud with the Duttons continued and it reached its peak when the Yellowstone ranch hands captured Dan and left him hanging from a tree. 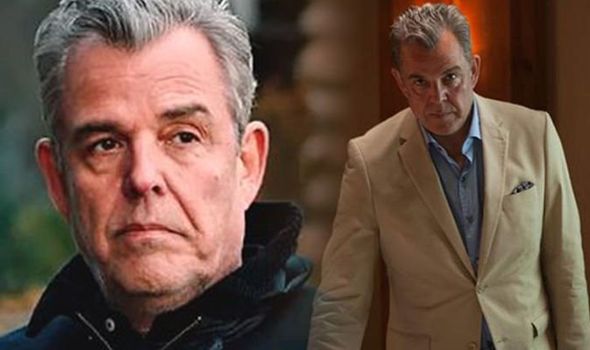 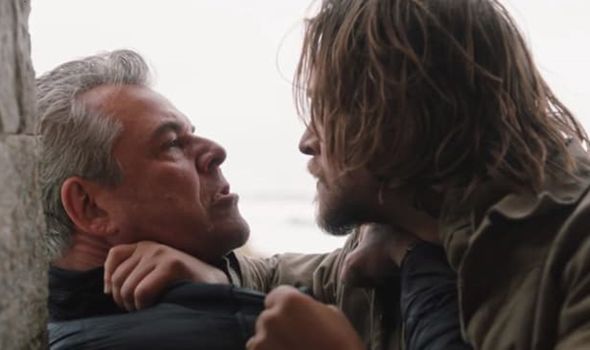 They could have left him to die, but instead they used the opportunity as a warning before setting him free.

His last appearance was in Sins of the Father, which was the finale episode of the second season.

He saw his demise when his compound was raided and a bloodbath ensued, with Dan being killed by one of the intruders.

Actor Huston knew his character was going to die ahead of his last episode and he had anticipated his character’s end was near. 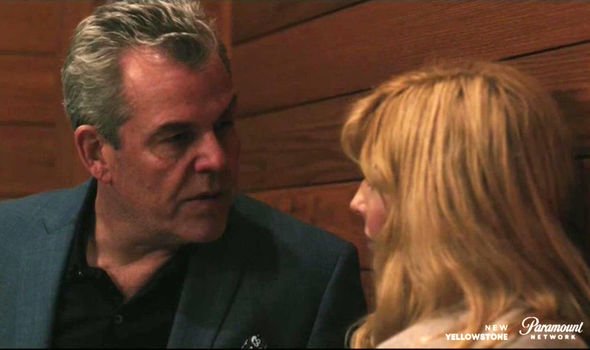 “And many things are starting to happen and some sinister ingredients are being introduced and that requires sometimes an alliance between enemies.

“But nothing is quite that simple in a [Yellowstone co-creator] Taylor Sheridan screenplay.”

It seems his death was a creative decision, rather than Huston’s decision to walk out on the series.

He paid tribute to his character on Instagram during his final day of filming, saying: “Farewell my dear friends @yellowstone I have now left the chair.”

The photo was of co-star Birmingham and an empty chair labelled ‘Danny Huston’. 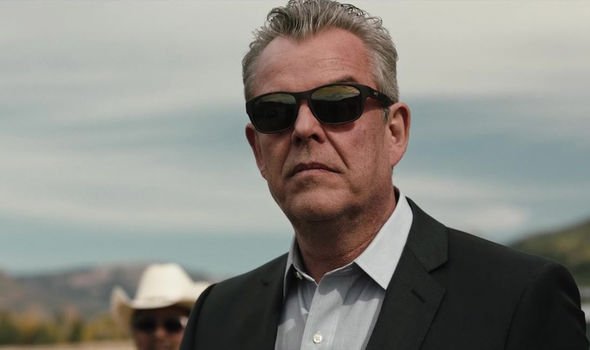 Fans have taken to Reddit to share their thoughts on the character’s death, with one saying: “I felt bad for this dude after he made a deal with rainwater and Dutton. I think he went out in style.

“He went from a Los Angles Cuck to taking out militia hitmen. I think the reason he wouldn’t make it was because he didn’t have any connections or real security.

“He was basically an outsider who got caught in the hurricane. Deep down inside he wasn’t a bad person but just wanted to make money.”

Viewers have suggested if Dan had better security, he could still be alive.

Another added: “Dan Jenkins died because he could be replaced in the context of the show (they got rid of one big-time developer only to bring in another).

“In much the same way, Rainwater is vulnerable (the writers could replace him with the next tribal chairman).

“The only ones totally irreplaceable are the Duttons.” One fan said they were surprised to see actor Huston cast as a “weak” character.

They added: “I was really surprised to see Danny Huston cast as a rather weak man. He’s always the uber-villain that you don’t mess with.”

Since leaving the series, Huston went on to star in the series Succession and Doc Martin.

He is currently filming for a new movie called Across the River and Into the Trees, which will be released in the near future.