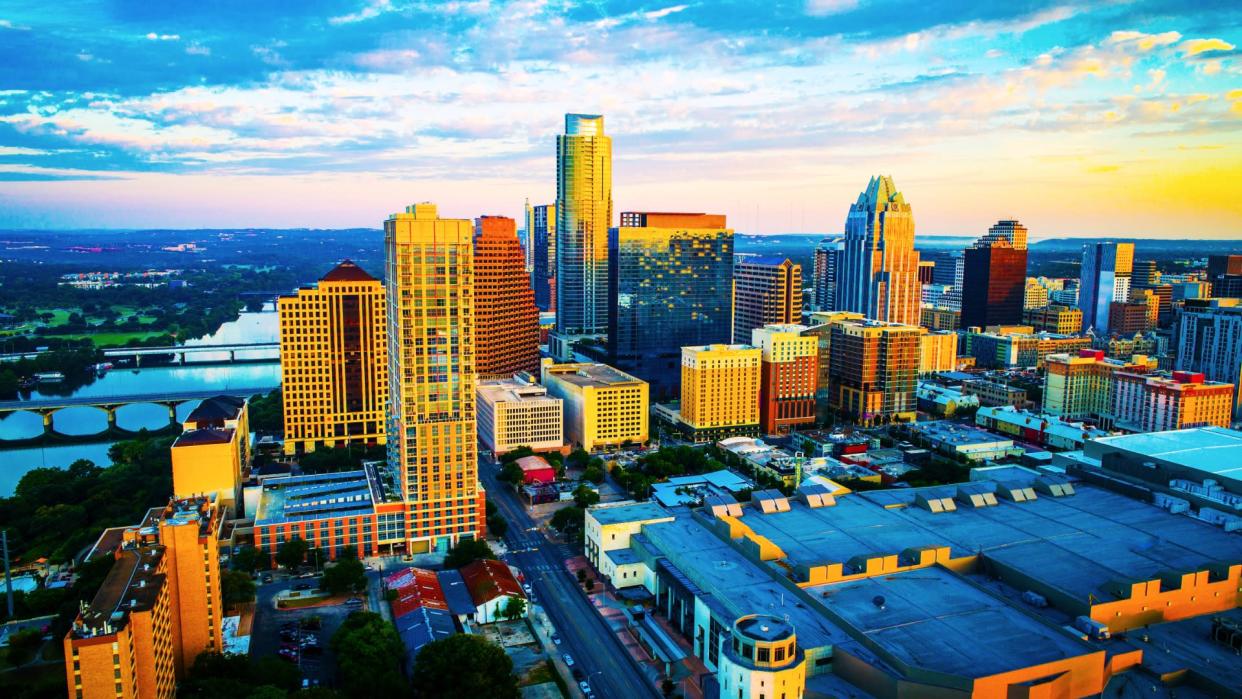 Inflation has caused the cost of living to become untenable for many Americans. Rising prices are almost impossible to dodge no matter where you live, but there are locations that, while not necessarily affordable, are at least more affordable than hotspots like New York and San Francisco, where even a small apartment goes for big bucks.

Find Out: 5 Places in Florida Where You Can Live Only on Social Security
Worth Checking Out: Should You Still Buy a Home in Today’s Market?

Though some cities across the U.S. are getting even more expensive (hello, Seattle and Boston), others are starting to be more reasonable for families. Again, this doesn’t mean they’re cheap — not by any stretch — but the cost of living in some urban locales is dropping a bit.

GOBankingRates reached out to experts to learn about seven cities that will likely become more affordable this fall.

Detroit
“Detroit will become more affordable as employers continue to offer remote work options and people realize they don’t need to live in major metropolitan areas to have access to good jobs,” said Joshua Haley, founder of Moving Astute. “The city’s low cost of living and abundance of cultural amenities make it an attractive option for many people looking to save money.” According to Numbeo, the current average cost of living in Detroit for a family of four is $3,648.57 per month, not including rent. Take Our Poll: How Do You Typically Split the Restaurant Bill?

Austin, Texas
“Austin will also become more affordable as the effects of the pandemic linger and people continue to work from home,” Haley said. “The city’s lively music and food scene make it a desirable place to live, but its high rents have long been a source of frustration for residents. This fall, however, I think Austin will become more budget-friendly as landlords lower rents in order to attract tenants.”According to Numbeo, the current average monthly cost of living in Austin for a family of four is $3,422.46, not including rent. 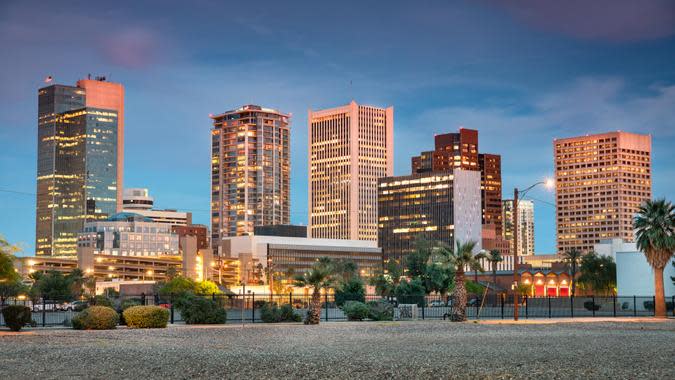 Phoenix
“Phoenix has long been one of the most affordable cities in the country, but this fall it will become even more so as people seek out places with good weather and plenty of outdoor space,” Haley said. “The city’s desert climate may not be for everyone, but its sunny days and warm nights make it an appealing option for those looking to escape the cold weather of the north.”According to Numbeo, the average monthly cost of living for a family of four in Phoenix is $3,580.08, not including rent. 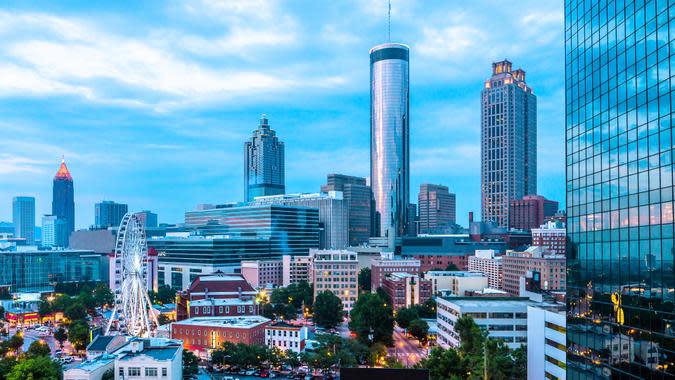 Atlanta
“Atlanta has always been a reasonably priced place to live, but this fall it will become an even better deal as businesses relocate from expensive coastal cities like New York and San Francisco,” Hayley said. “The city’s diverse population and strong economy make it an attractive destination for many people, and its relatively low cost of living will only make it more so this fall.” According to Numbeo, the average monthly cost of living for a family of four in Atlanta is $3,680.75, not including rent. 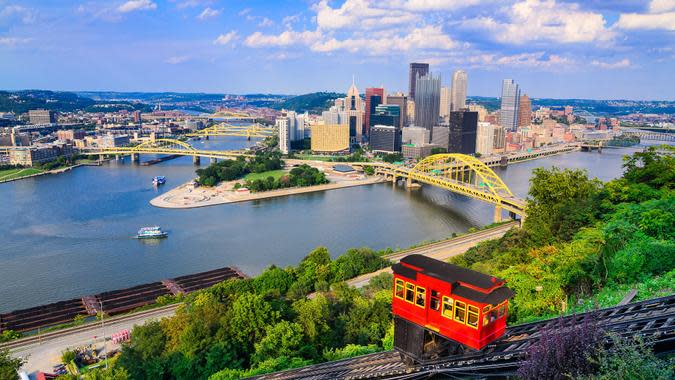 Pittsburgh
“Pittsburgh will also become more affordable this fall as people look for alternatives to pricey east coast cities like Philadelphia and Boston,” Hayley said. “The city’s revitalized downtown area and growing tech industry make it an enticing option for many people searching for a more affordable place to live.”According to Numbeo, the average cost of living per month for a family of four in Pittsburgh is $4,002.84 without rent. 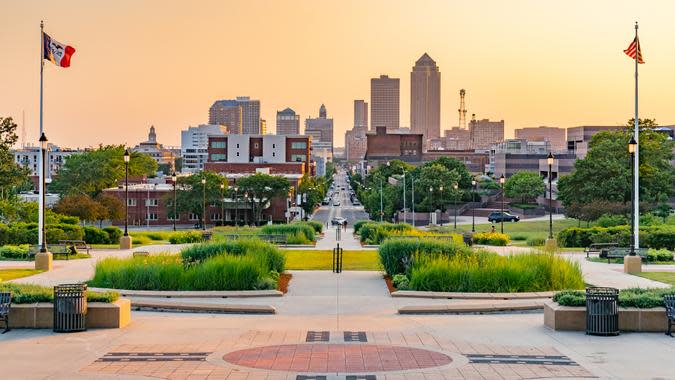 Des Moines, Iowa
​​”Des Moines is becoming more affordable to live in as the year goes on,” said Brittany Mendez, vacation rental expert and CMO of Florida Panhandle. “In fact, Des Moines’ cost of living is lower than the national average, with a median home cost of a little over $100,000. Regarding affordability, public transportation is also a cheap but quality way to get around in this city. Des Moines is not only affordable, but it’s a medium-sized city that offers brewery tours, fairs, and sights.”The average cost of living for a family of four in De Moines is $3,433.05 per month, excluding rent, according to Numbeo. 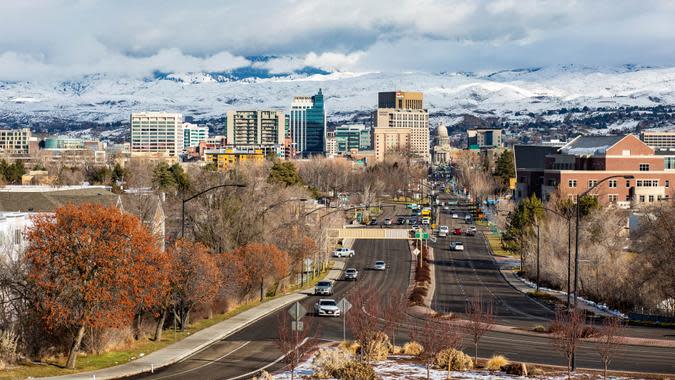 Boise, Idaho
“Boise is all set to become an affordable city to live in by the end of this year,” said Anton Radchenko, travel expert and co-founder at Air Advisor. “The real estate market in Boise has started to cool down. Competition is decreasing, and overvalued homes can’t stay so high for long. 61% of sellers in Boise have already cut down the asking price to find buyers. As the market further cools, we will see more houses fall off their high horse in the coming weeks. Rents in Boise have also fallen by 19% year-on-year.”According to Numbeo, the average cost of living for a family of four in Boise is currently $3,297.68 a month, not including rent. More From GOBankingRatesInflation Relief Checks: When Will You Get Yours?
Plan Your Retirement With Expert Tips for Every Stage of Life
Should You Still Buy a Home in Today’s Market?
10 Things to Do Now If Your Credit Score Is Under 700

This article originally appeared on GOBankingRates.com: 7 Cities Where the Cost of Living Could Be Dropping Soon