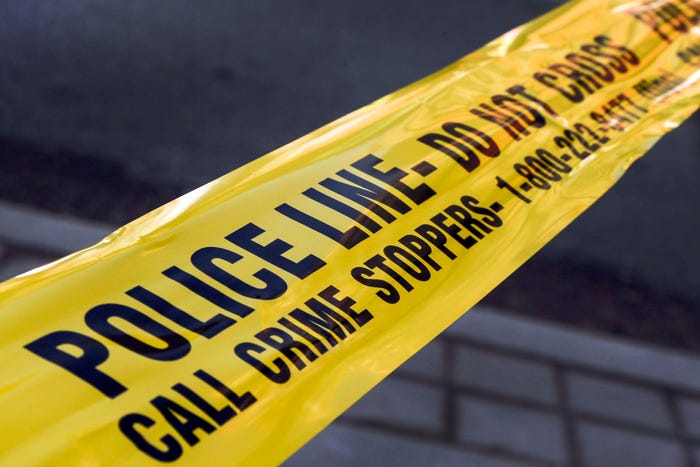 Florida authorities arrested a man they say had an 8-year-old with him while commiting various crimes, the Miami Herald reported.

Ernest McKnight III, who is accused of multiple crimes, was taken into custody on Thursday and is facing charges including theft, burglary, and "contributing to the delinquency of a minor," according to a news release by the Polk County Sheriff's Office per The Miami Herald.

McKnight is accused of stealing a red Hyundai on November 7 in Lake Wales, Florida, according to the news release. He is also accused of "rummaging" through a man's parked Chevy HHR on November 12. Authorities said when McKnight was discovered in the act, he drove away in the red Hyundai he took days prior.

According to the news release, hours later on the same day, McKnight took a package from a person's porch and said: "It's mine now!" He then left the scene in the red Hyundai, authorities said in the news release.

"One of the crimes was the theft of a delivered package," the sheriff's office said in a Facebook post about the incident. "About that theft, Ernest told the detective, 'It was there for me to take.'"

After local police failed to stop McKnight during a traffic stop, the stolen red Hyundai was detected by the sheriff's office helicopter unit in the back of a residence by Lake Wales where he was eventually detained.

According to the news release, during questioning, McKnight told authorities that he had the child was present because he "was trying to toughen him up" because he doesn't "want him to be soft."

"Taking a child out with you while you're committing felonies is not the proper way to create a positive influence," Polk County Sheriff Grady Judd said in the news release. "I'm quite confident that there is not a child psychologist out there who would agree with this guy's idea of proper activity for a child."

The child was returned to his relatives, according to the news release.

Read the full report from the Miami Herald