A look back at Mac’s year of laughter: Our peerless cartoonist’s wit and warmth during another tumultuous 12 months

January: Britain is plunged into a new lockdown after the emergence of the Kent variant, but the vaccine rollout starts to gather pace 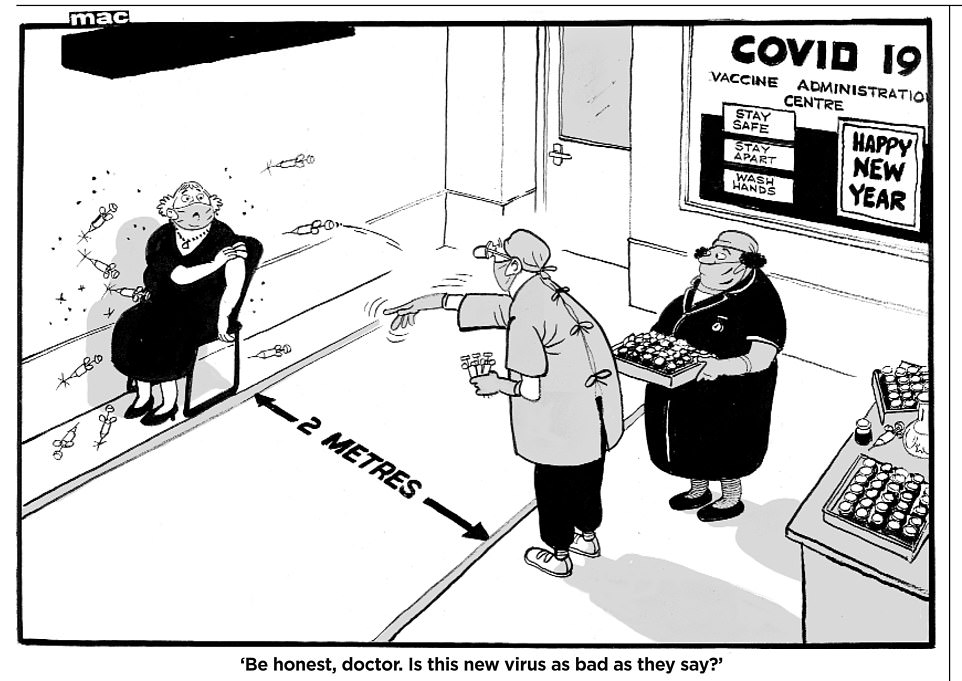 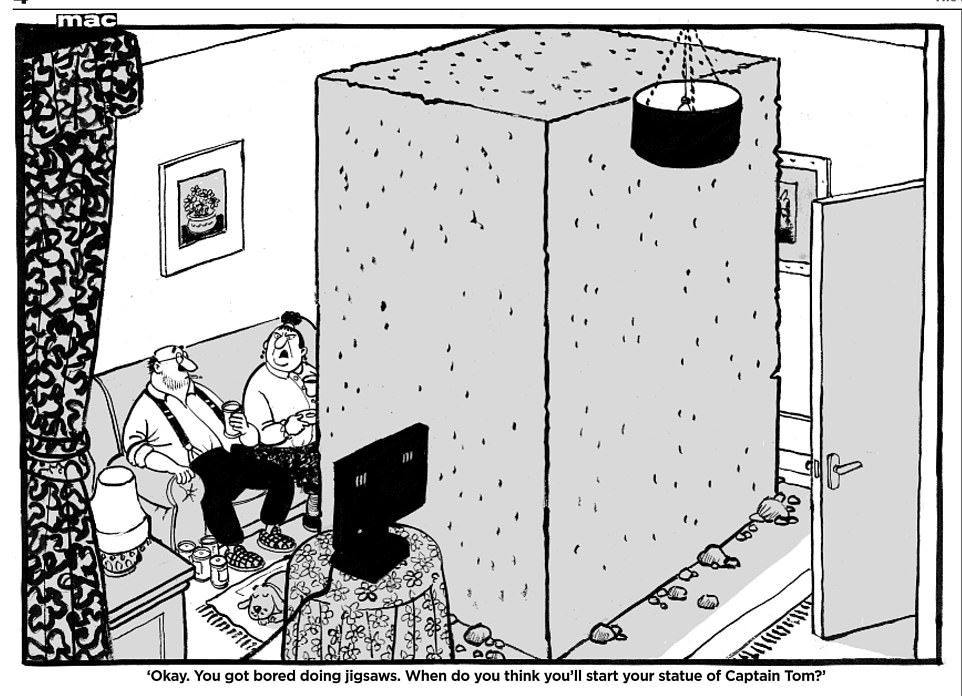 March: Harry and Meghan’s departure is still causing shockwaves – but more bruising allegations would emerge in their Oprah interview 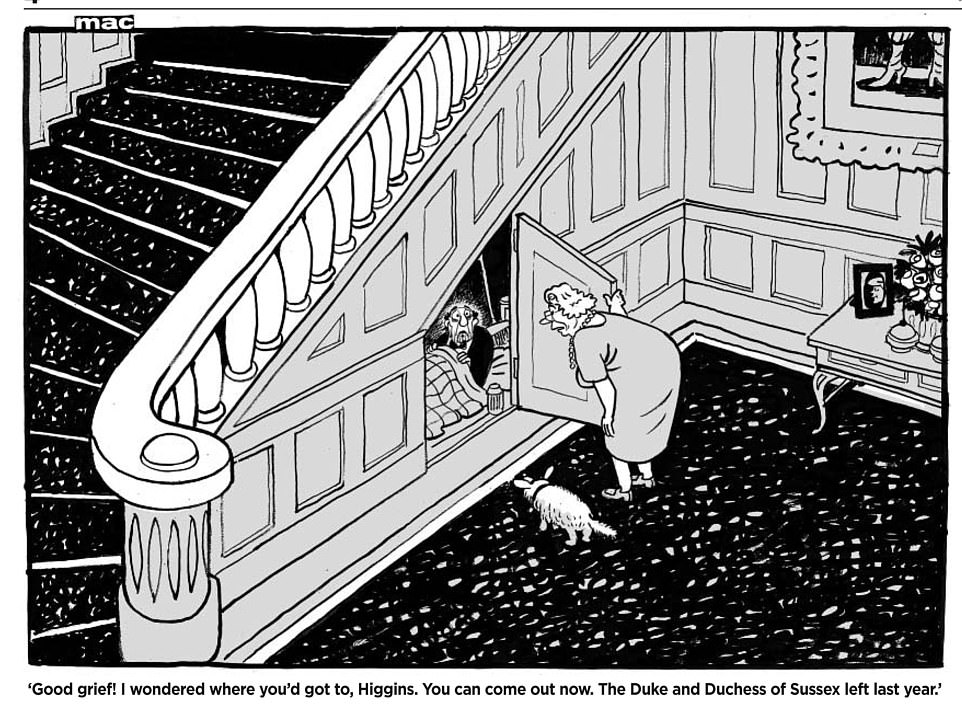 April: The Duke of Edinburgh dies aged 99 – and Mac imagines his typically no-nonsense reaction as he reaches the Pearly Gates 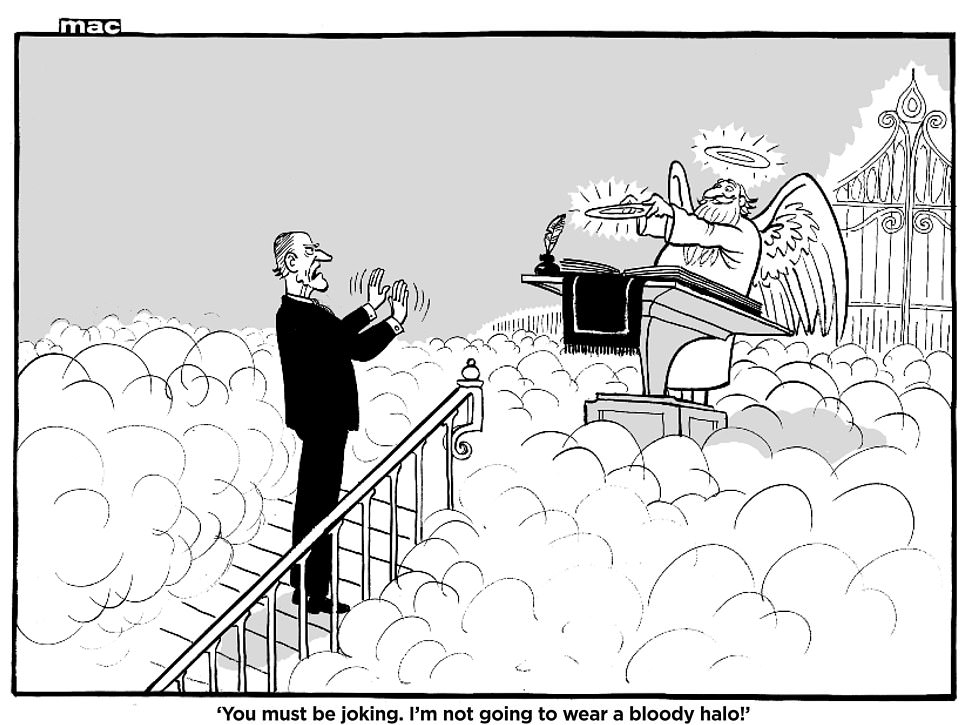 May: The expensive refurbishment of the PM’s Downing Street apartment by designer Lulu Lytle sparks a flurry of official investigations 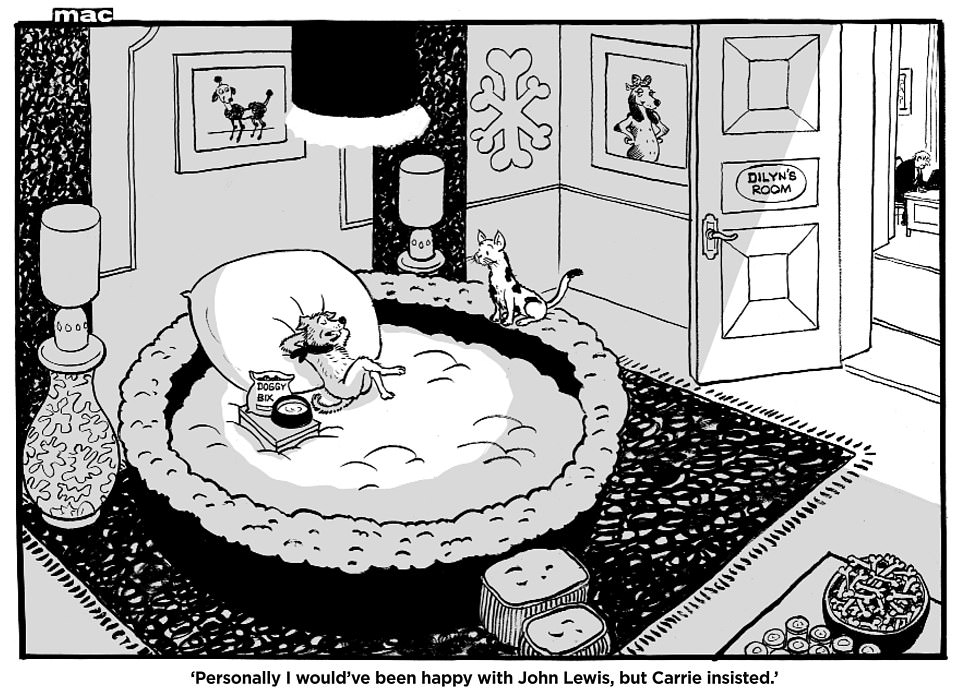 June: Holidaymakers face chaos after Ministers remove Portugal from the travel green list – just weeks after opening it up to tourists 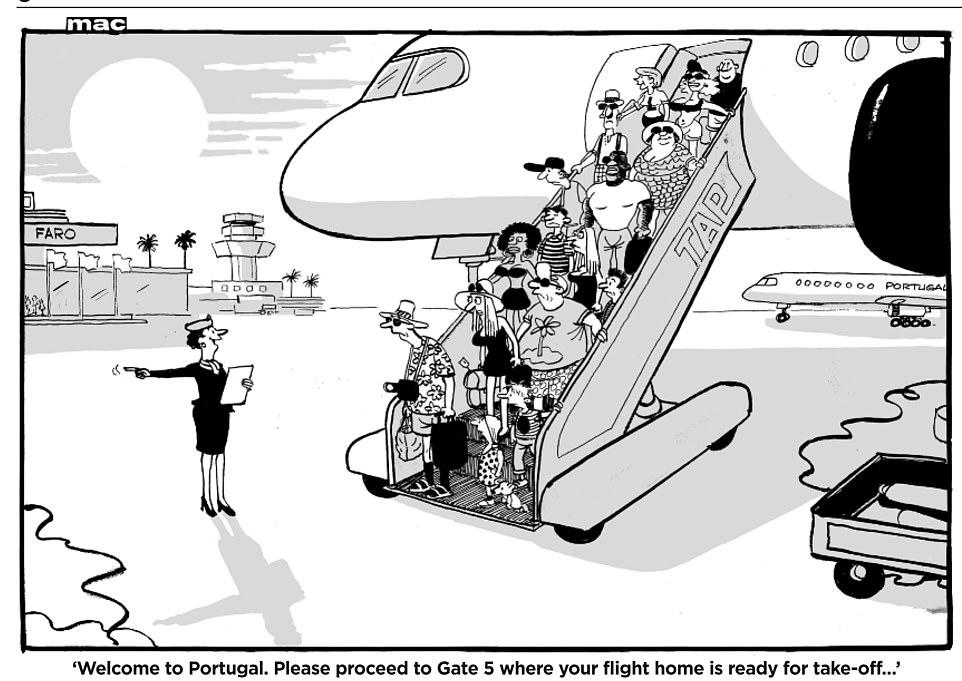 July: As England play Italy in the Euro final at Wembley, two home fans perhaps choose the wrong venue from which to watch the match 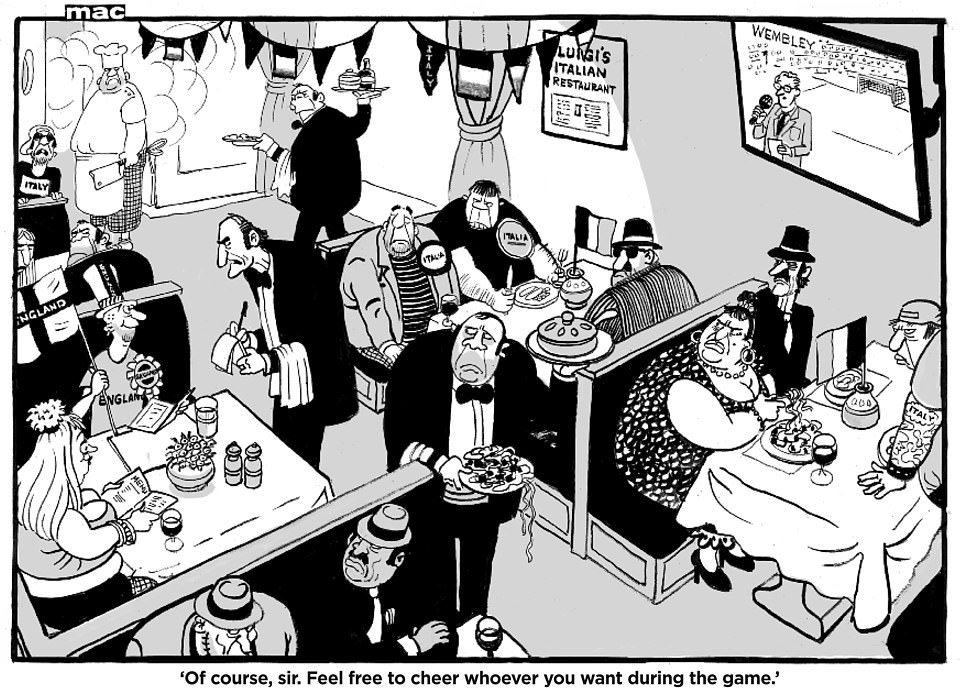 August: Skateboarder Sky Brown, 13, is the toast of the nation after she secures a bronze to become our youngest-ever Olympic medallist 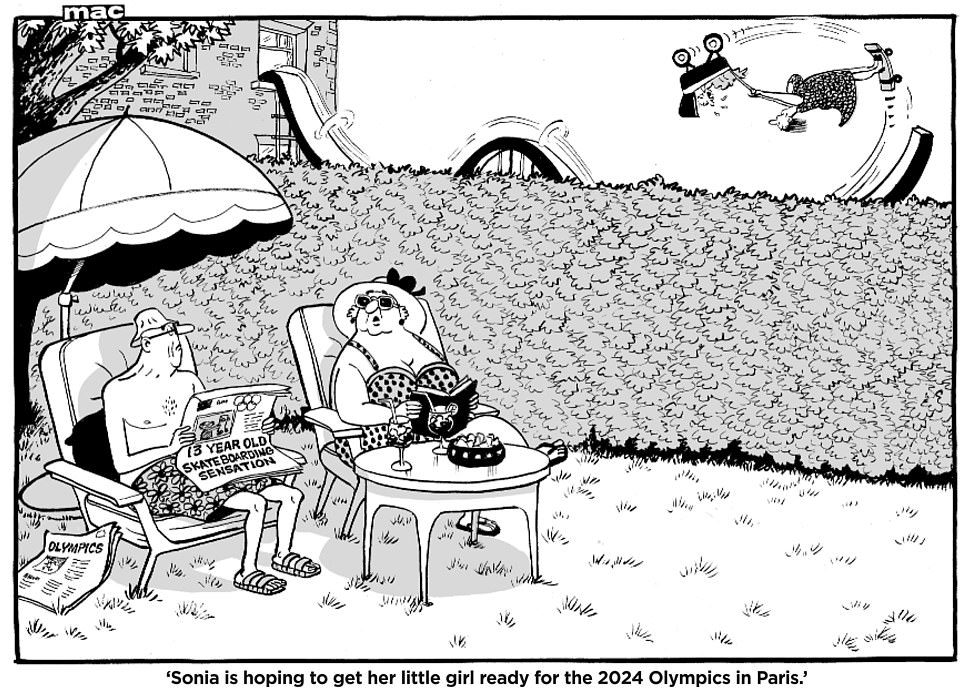 September: And another sporting prodigy, Emma Raducanu, is the ‘Queen of Queens’ by winning the US Open at just 18 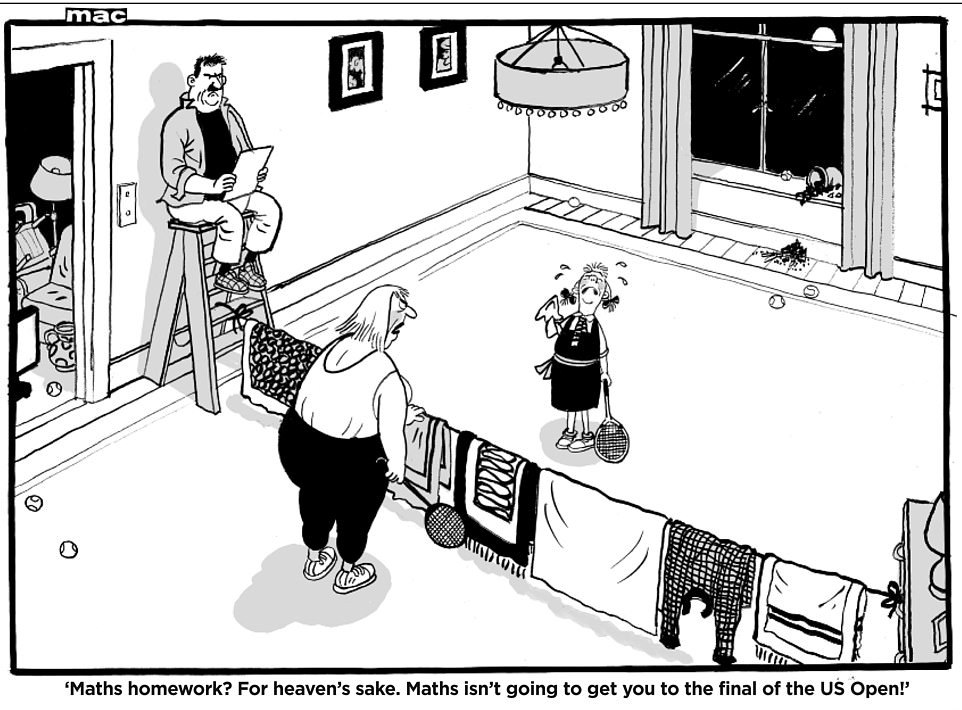 October: Her Majesty may have spent a night in hospital and been told to rest by doctors, but she remains as indefatigable as ever 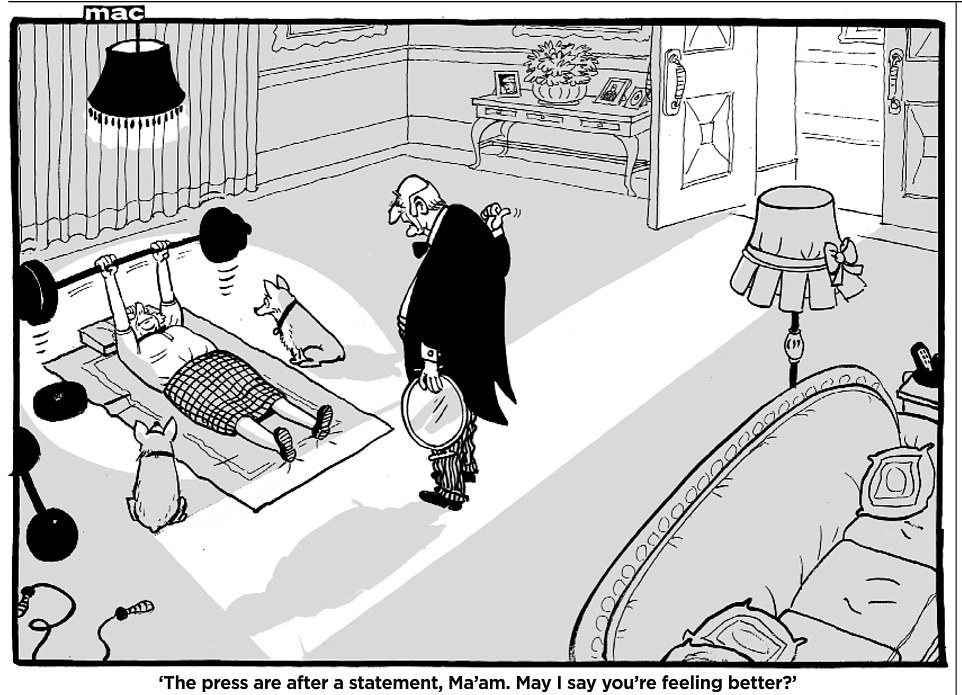 November: The Prince of Wales is left to cope alone after the loss of his most valuable aide, Michael Fawcett, in an honours scandal 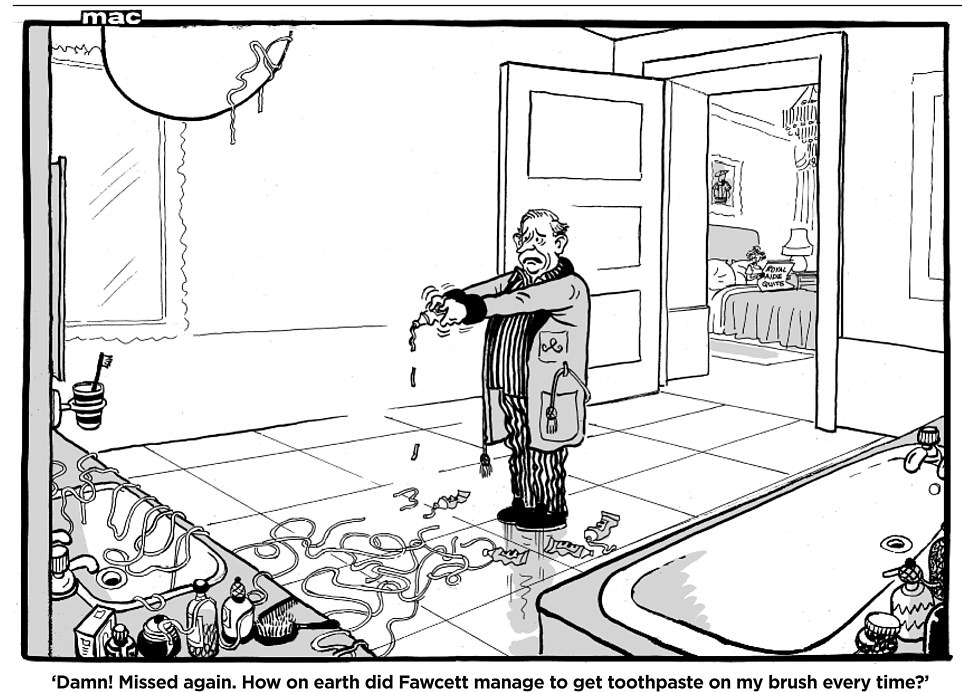 December: Boris Johnson celebrates the birth of daughter Romy as he comes under increasing fire over lockdown-busting parties 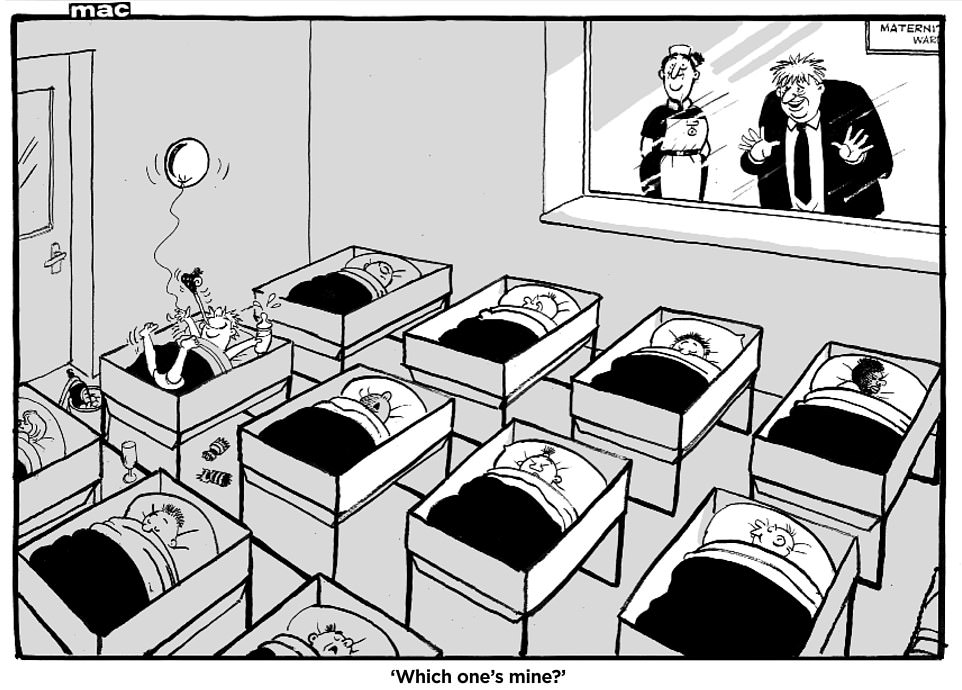