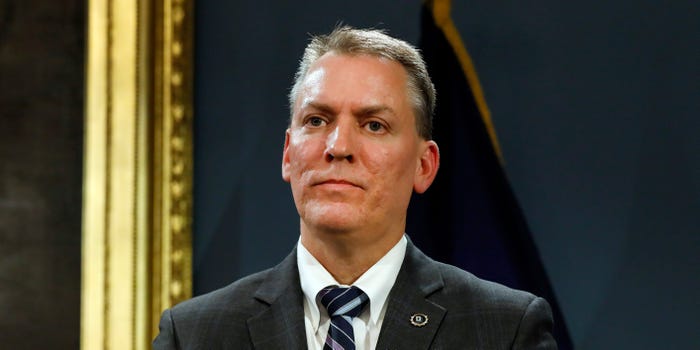 William Moss, the New York City man accused of shooting a New York Police Department officer two time in the back on Christmas Eve offered on Friday an apology to the officer he shot.

Moss faces several charges, including attempted murder and assault, according to The New York Post report. Moss, who is 20 years old, fired the shots in the back of the officer while he was taking a statement from Moss' girlfriend, according to the report.

The incident occurred at around 9 p.m. on Thursday, the report said.

Because of the officer's bullet-proof vest, the shots did not penetrate the officer's skin, according to the report. At a news conference on Friday, NYPD Commissioner Dermot Shea said that Boalick was expected to be OK. He was later released from the hospital, according to The Post report.

One of the two bullets fired had penetrated Boalick's vest but did not penetrate his skin, Shea said, according to Fox News. According to The New York Post, Moss told prosecutors he believed only his girlfriend was present when he fired his weapon in the Crown Heights neighborhood of Brooklyn on Christmas Ev

According to Fox News, Shea said a woman had called 911, complaining that her daughter's boyfriend had threatened to shoot-up her home. When police arrived and were speaking with the complainants, they were "ambushed," he said.

The New York Police Department on Friday shared a photo of the weapon used in the shooting — a pink-colored handgun.