A cute canine intensely stares as his favorite toy is stitched back together in this adorable video.

Leo, the golden-doodle, was transfixed as the brown dog toy had his wounds repaired in Latham, New York.

In the video, he is seen sitting next to the toy, like someone at hospital patient’s bedside, and keeps an eye on every stitch. 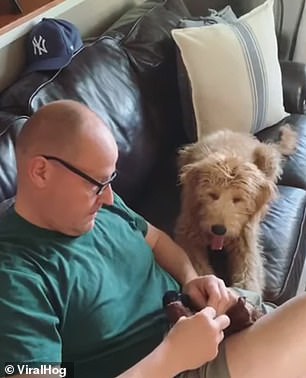 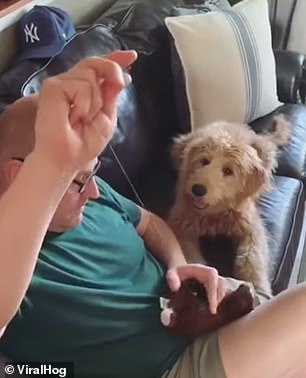 Owner Hayley Alaxanian, 24, filmed her dad fixing the toy on May 16.

After the work was completed, Leo gleefully leaped into the air to catch the toy and then showed it off to Labrador brother Rowan.

Hayley said: ‘My father loves his dogs. This video of my dad and Leo sewing his favorite toy back together has to be the purest thing I have ever seen.’

The video attracted more than 62,000 views when first posted on Reddit, by sister Eden Alaxanian. 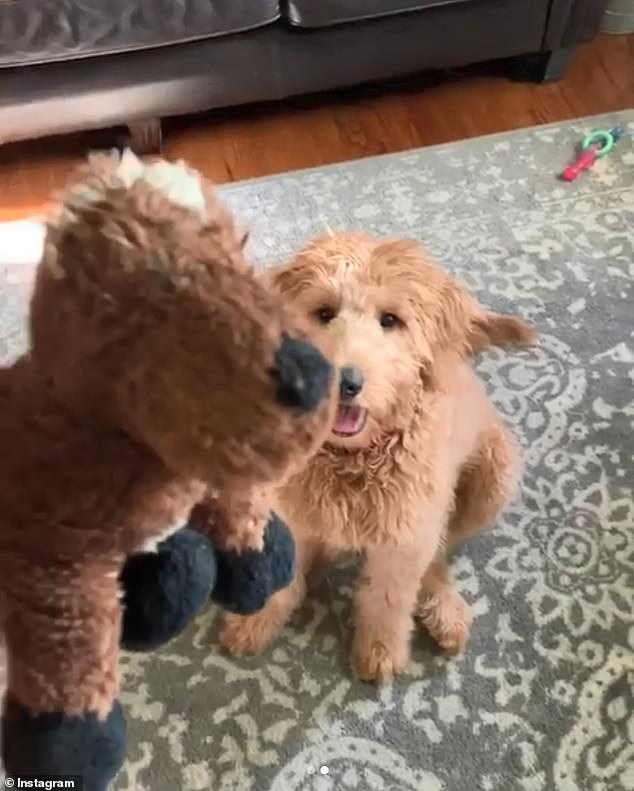 After the repair work was complete, the soft toy was returned to Leo 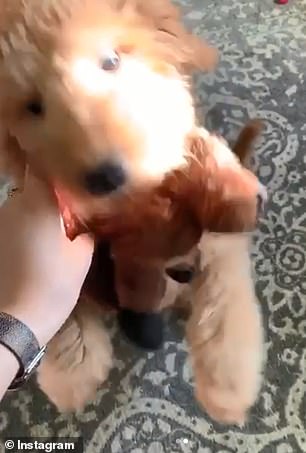 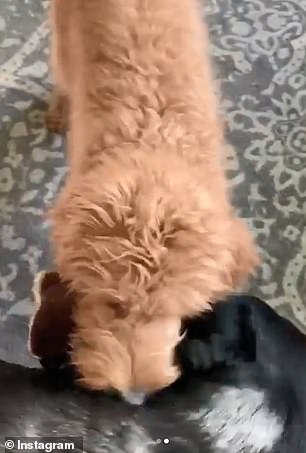 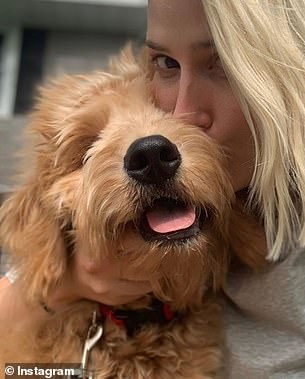 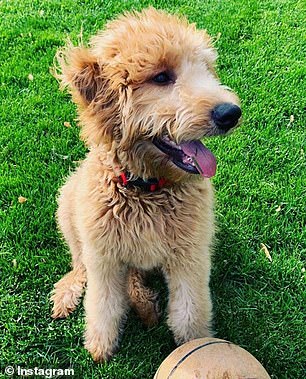 Owner Hayley Alaxanian (pictured left) with her dog Leo the golden-doodle, who has gone viral since watching his favorite soft toy being fixed

Since then it’s gone viral, with one fan from Berkley, California even painting the enchanting encounter.

On Instagram, Hayley wrote: ‘I took a video this morning of Leo waiting for my dad to sew his favorite toy back together after he ripped it open… My sister posted it on @reddit and a complete stranger painted this picture within minutes. I cannot stop laughing… I haven’t cried from laughing in awhile.

‘My dad threatened us all if we posted but it’s just too good.’

Rowan the Labrador nicknamed ‘Beef’ and Leo the golden-doodle, known as ‘Bones’ have their own Instagram page. 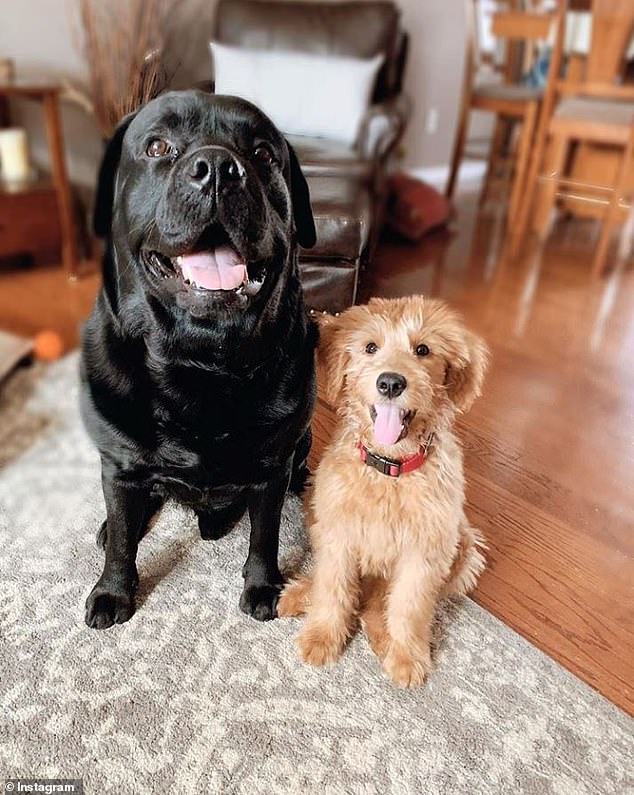 Rowan the Labrador nicknamed ‘Beef’ and Leo the golden-doodle, known as ‘Bones’ have their own Instagram page to share their adventures 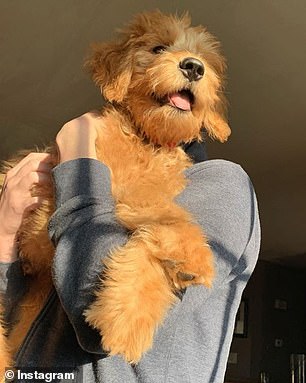 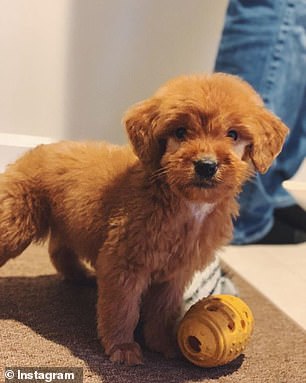