Jet2 air hostess, 20, who was SIXTEEN times the limit for cocaine when she was caught drug-driving TWICE in 24 hours by the same officer walks free from court with a £369 fine

An air hostess who was caught drug-driving twice in 24 hours by the same police patrolman has walked free from court with a fine of £369.

Isabelle Peck, 20, who had been snorting cocaine, tested almost ten times the limit for the drug’s compound Benzoylecgonine (BZE) after she was pulled over in her Vauxhall Corsa.

Despite police warnings about the drugs staying in her system, Peck collected her vehicle the next day, was stopped again by same officer as she tried to drive home – and tested 16 times the limit for BZE.

It is thought she spent a total of two nights in a police station. 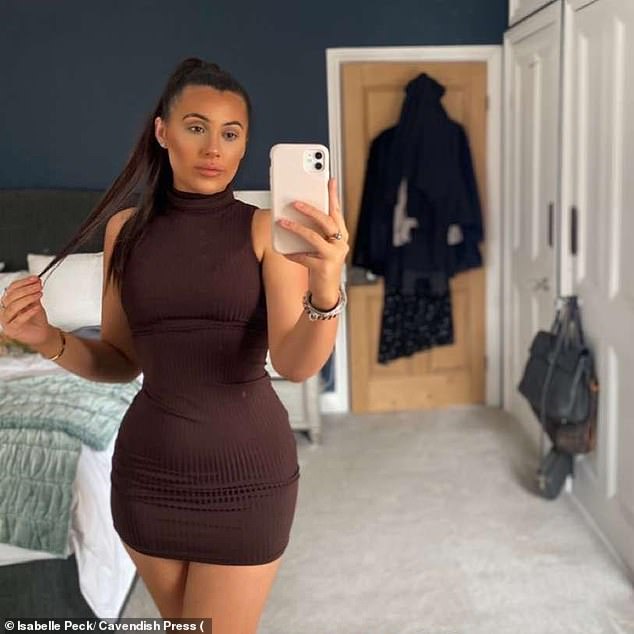 Air hostess Isabelle Peck, 20, was caught drug-driving twice in 24 hours by the same policeman on April 27 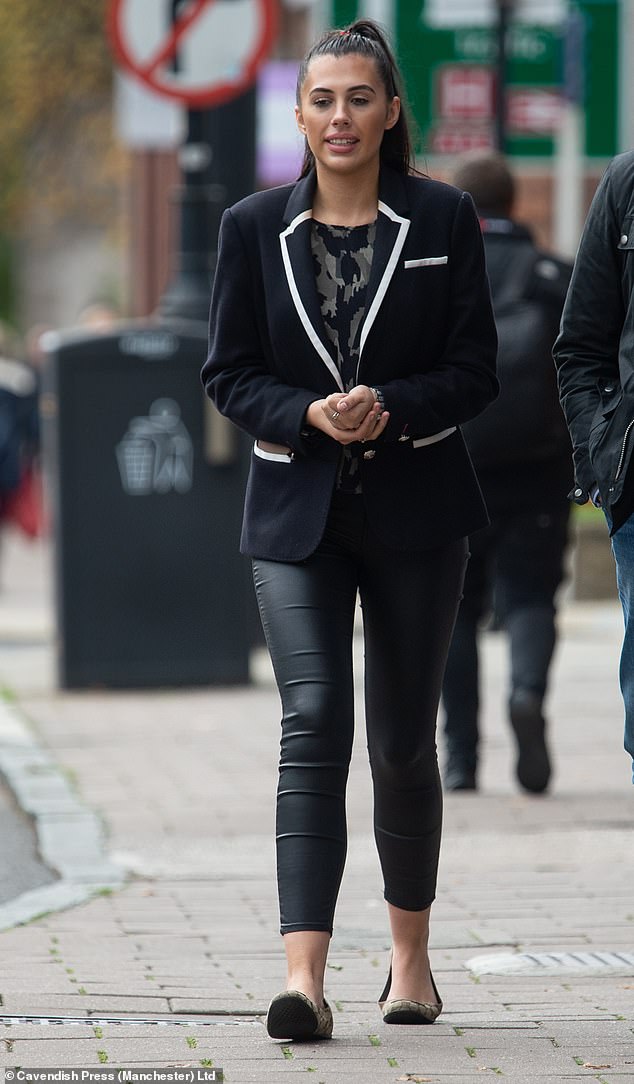 At Chester Magistrates Court, Peck, from Northwich, Cheshire, who works for Jet2, admitted two charges of driving with a proportion of a specified controlled drug above the specified limit.

She insisted she had taken no further cocaine since her initial arrest.

The reason for the higher reading on the second instance was due to BZE being more prevalent in her blood as the cocaine left her system.

According to medical experts, cocaine or its metabolites typically can show up on a blood or saliva test for up to two days after use.

It can also show in a urine test for up to three days, and in a hair test for months to years.

The maximum sentence for drug driving is six months in jail.

The first charge stated Peck was driving on Manchester Road, Lostock on April 27 with 486 micrograms of benzoylecgonine (BZE) per litre of blood.

The second states that she was driving on the A556 in Lostock on April 28 with 800 mcg/l of the same drug in her blood. 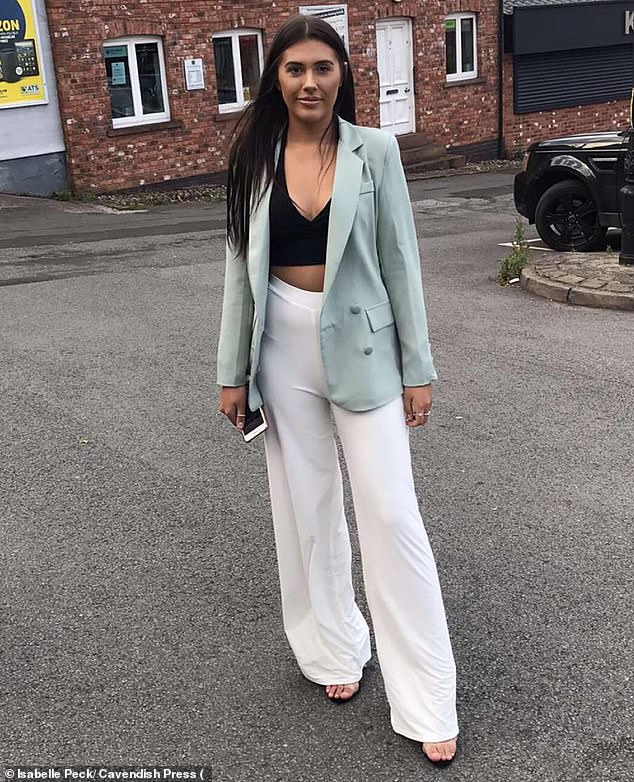 Air hostess Isabelle Peck, 20, was caught drug-driving twice in 24 hours by the same policeman on April 27

The legal limit for driving after cocaine use is 50mg.

Georgia Leyland, prosecuting, said: ‘Around 7pm on April 27 the defendant was driving a silver Vauxhall Corsa when the officer caused the vehicle to stop.

‘A roadside drug wipe was conducted, which was positive. She was taken into custody where she provided a sample of blood for analysis,

‘Toxicology reports revealed a reading of 486 micrograms for BZE per litre of blood, exceeding the specified limit.

‘The second offence effectively took place the day after at 7.30pm. It was actually the same officer who spotted the defendant driving her car.

‘The officer had warned the defendant the day before about the drugs still being in her system and told her to wait a longer time before driving again. 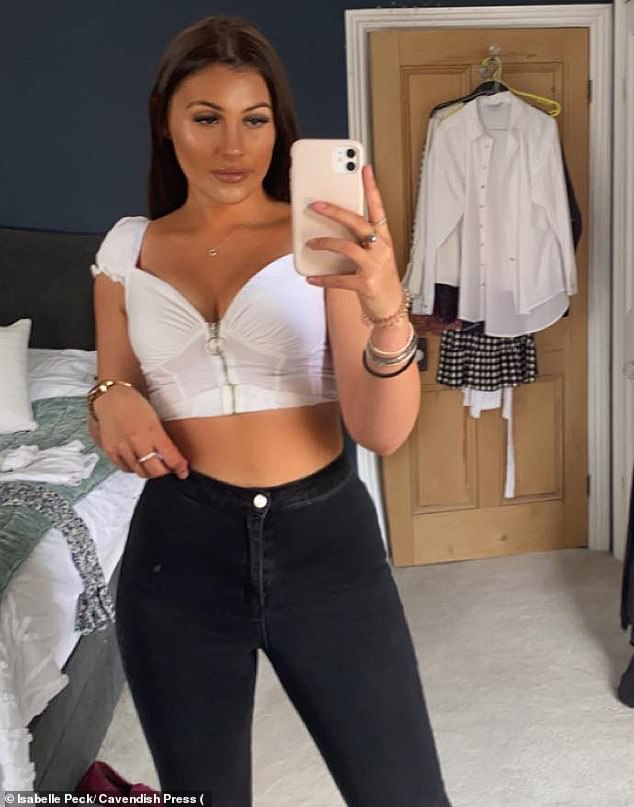 ‘However, she didn’t do that. A roadside drug wipe was conducted and she tested positive again and she was again taken to custody for a blood sample. This time the reading was 800 micrograms for BZE, exceeding the specified limit.’

‘Miss Peck is of previous good character, she has no previous convictions.’

Solicitor John Farnan, representing Peck, said: ‘The defendant tells me that she accepts that at the time of the first offence she had taken cocaine on a very occasional and recreational basis.

‘She is absolutely very much aware that when she went to pick her car up she should have waited longer and got someone else to pick it up.

‘She was not taking cocaine in the meantime. It was still in her system. The officer pulled her over while she was driving it back.’

Mr Farnan said that as Peck had only passed her driving test in the last two years, she would have the ‘additional punishment’ of needing to retake it once the disqualification was ended.

‘Since the date of the offence, she has obtained a job as cabin crew for Jet 2,’ Mr Farnan said, ‘They regularly drug test and she has not taken any cocaine since she started that job. 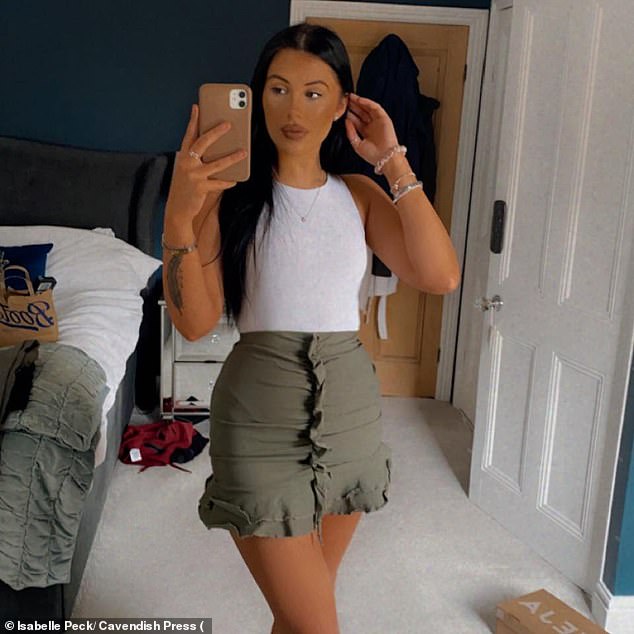 ‘Since she has been regularly drug tested, she has not taken cocaine.’

The legal advisor told magistrates that benzoylecgonine is a breakdown product of cocaine. ‘That is why the BZE has increased rather than because of consumption of cocaine,’ he said.

‘If you accept that, you can make no separate penalty for the second offence. The disqualification will apply to both offences.’

The legal advisor also said the DVLA may also require proof Peck is not drug dependent before returning her driving licence to her.

Stressing that she was not being punished for the second offence, the magistrates also ordered that she pay £157 in costs and victim surcharge. They also banned her from driving for the minimum amount of 12 months.

‘We have listened to everything that’s been said and taken it on board,’ chairman Andrew Merrill said.