At Florida Memorial University, a small historically Black university in Miami Gardens, Tremaine Johnson is training to become one of the country’s few Black pilots.

Less than 2% of commercial airline pilots are Black, according to one report, making Johnson’s decision to become a pilot — rather than an air traffic controller, as he’d originally intended — notable. His choice also comes at a particularly crucial time, as airlines around the country experience a pilot shortage due to cutbacks during the pandemic.

At 20-years-old Johnson still remembers the exact moment that inspired his career change: It was when he flew in a plane for the first time last year.

“I could feel us going up and up,” Johnson recalled about his flight to Ohio. “I felt an adrenaline rush.”

As Johnson watched the aircraft separate itself farther and farther from the ground, after a few minutes he heard the captain announce that they were cruising at 30,000 feet.

“I look at my dad and he’s laughing,” Johnson said. “At first, I was thinking, ‘I gotta get off this thing.’ But the pilot hit the thrust and we just started climbing up in the air. I saw the whole Miami below me. I saw the houses get smaller and smaller. I saw the ocean. It was another world up there. And that’s when my curiosity became strong.”

“But the biggest problem is that flight school is expensive,” McCormick said. Florida Memorial owns a small plane, but purchasing flight time can be prohibitive. A flight school program for an experienced student costs $71,000. With no previous experience, the cost can be as high as $91,995, according to ATP Flight School. McCormick noted that even for an experienced student awarded a $10,000 scholarship to the Red Tail Flight Academy, a school named after the Tuskegee Airmen who fought in World War II, that’s still a hefty price to pay.

“A lot of kids who don’t look like me can come to the program because they can afford to pay for flight time,” McCormick said. “We have to fix that so our students from an HBCU can join the program with ease, too. We want to be a pipeline for Black pilots just like we did with teachers and principals. But we need partnerships with people who care.”How the local community is stepping up to make it happen

Community support is one of the reasons why Florida Memorial University students will have a fighting chance in aviation. Local inventor Freddie Figgers said he believed in the university’s plan and teamed up with Black car dealership magnate Vince Young to donate $50,000 to the aviation program. 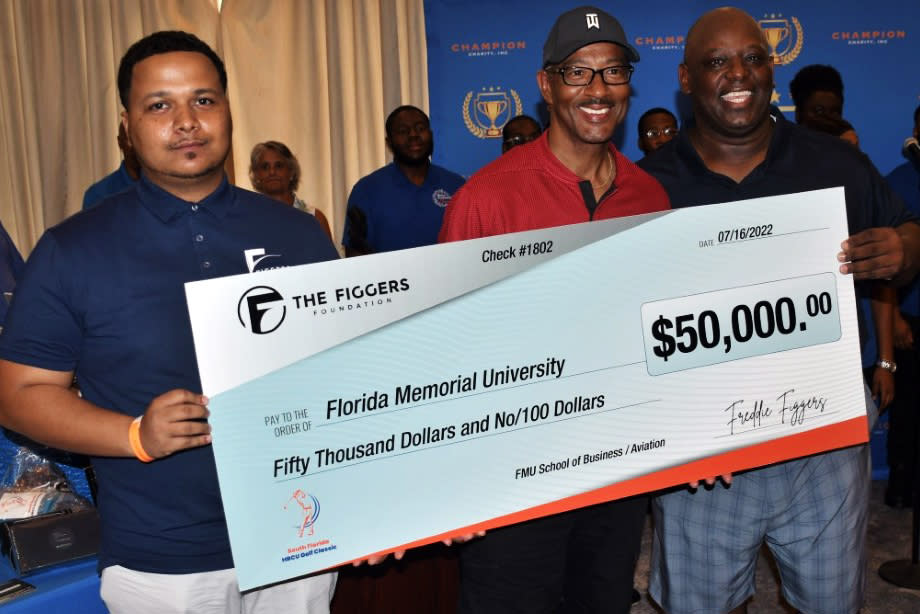 “When I learned about how outstanding the aviation program is at Florida Memorial, we at the [Figgers] Foundation felt the need to help,” said Figgers, the owner of Figgers Communication, the nation’s only Black-owned telecommunications company. “I understand the road to becoming a pilot is long and hard and carries a large price tag, and we as a community have to do our part to change the numbers and give our kids a chance to be great.”

As a former pilot, Young believes that a career in aviation is more than flying a plane.

“Having something to hang on to like aviation really allows you to discover that there are no ceilings and that you can keep growing,” he said. The urgency of safely flying a plane instills diligence and drive, he added. “It just makes you so much better, more focused and more skilled at everything you do.”

Retired pilot Bernard Hairston, 58, can attest to Young’s sentiment. After graduating from Norfolk State University, the Houston native served as a pilot for 19 years: 12 in the Navy and seven in the Air Force. After leaving the service, Young flew as a commercial pilot for 15 years before taking early retirement from Southwest Airlines. 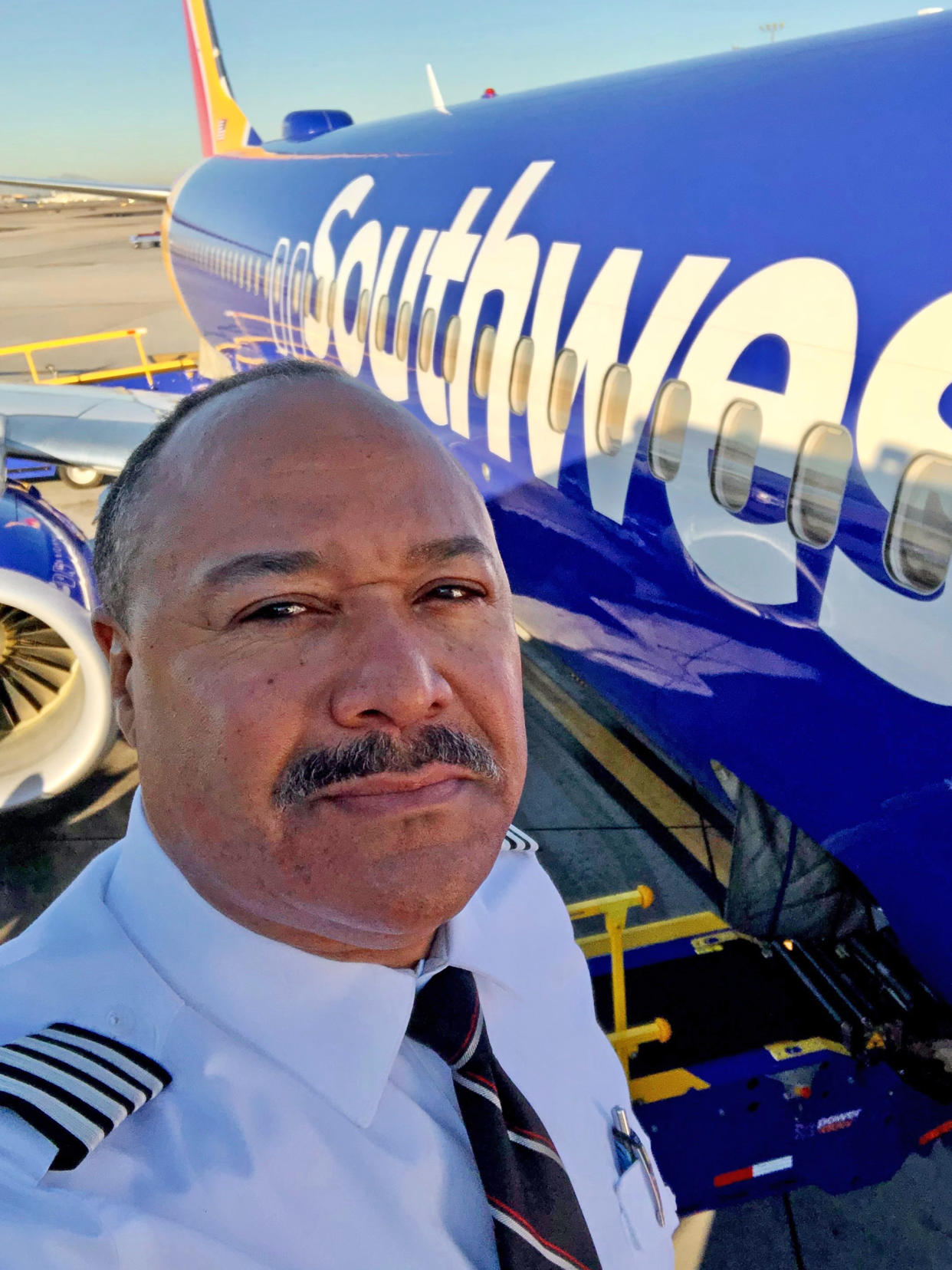 “I had a great career that I loved,” Hairston said. “But I’m glad a program like what we’re seeing at HBCUs exists because it’s a great profession that can be lucrative — and we are nowhere to be found.”

A closer look at the diversity gap in aviation

Hairston recounted walking into pilot lounges at airports and not seeing another person of color. “Just middle-aged white guys. Fox News is blaring on the TV. And everybody’s looking at me like, ‘What are you doing here?’

Unfortunately, the needle has not moved much since then — although there seems to be some interest from major airlines to recruit Black pilots. In May, Delta hired Eric Hendrick, a retired Navy pilot who attended Norfolk State, though not at the same time as Hairston. He became Delta’s first director of pilot outreach — a pivotal role that Hendrick said will provide more opportunities for Black pilots. Hendrick said he will hire more diverse pilots for the airline; he will oversee Propel, its pathways program, which creates opportunities for potential young Black pilots; and he will supervise Delta’s diversity equity and inclusion program, which includes community and corporate outreach. 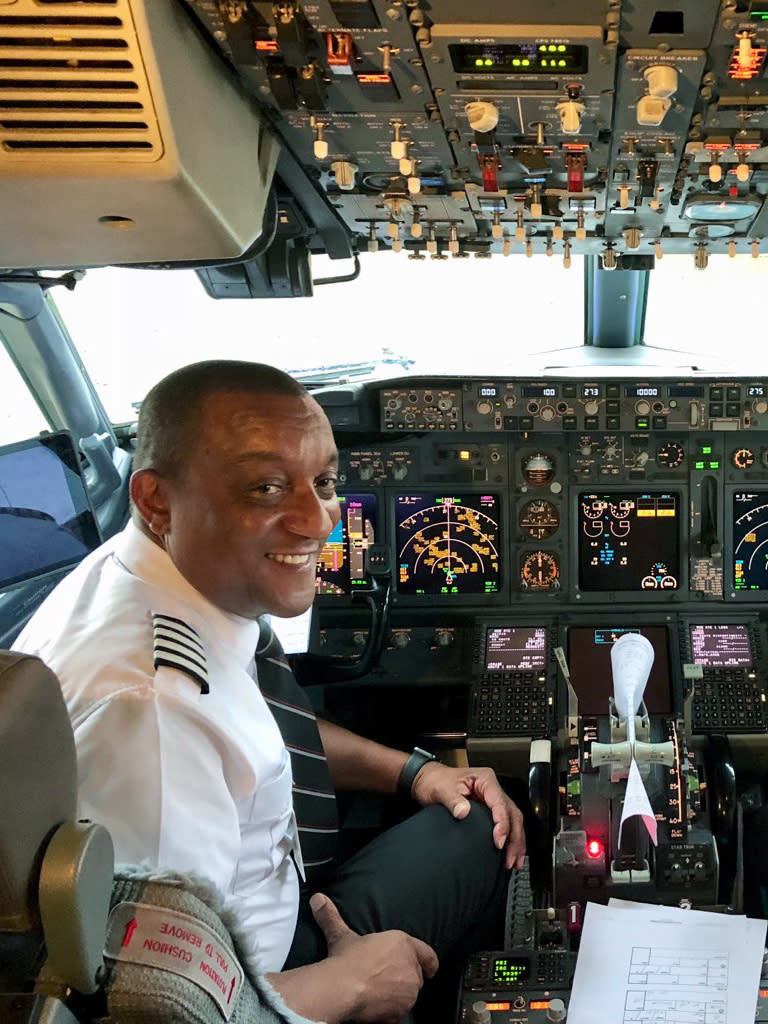 Hendrick said he was content in retirement, but the importance of the job roused him back to work. “If you’re going to make a difference, you have to be at the table,” he said.

“This position gives me the opportunity to not only do good work for the company by hiring pilots in general, but I also get to write the narrative of how women and minorities get invited into the industry,” he added.

Like Delta, other airlines are starting to think of ways to address the lack of diversity in aviation.

American Airlines has its own flight school, Cadet Academy, where it promotes an “inclusive community” to build diversity among its pilots. American plans to hire 4,000 pilots by the end of 2023. Southwest has Destination 225° Cadet Pathway, which provides support for those with aspirations in aviation. Meanwhile, United has Aviate, a program that focuses on launching pilot careers.

But, Hendrick notes, the lack of diversity is “a very complex issue” to solve because airlines aren’t always focused on investing in programs that specifically target the issue.

“So the airlines are in a pickle,” he added. “We need pilots. We want diversity. They eventually are going to start putting money into initiatives that attract and support Black pilots. ”

Why outreach, educational programs and financial support are needed

Outside of the airlines, there are other efforts to promote diversity, including Sisters of the Skies, which specifically targets young Black women to help create a new pipeline for aspiring Black pilots. And there is the Organization of Black Aerospace Professionals (OBAP), an influential group that works to create pathways for Black pilots into the exclusionary industry.

But Hendrick still feels there is a looming question: “How do we get Black people interested in aviation?”

“It’s just not one of those career fields that we have been exposed to and quite frankly, we don’t see ourselves being able to do,” he said. “So, there’s that hurdle that we have to clear, but we’re willing to do the outreach to make an impact.”

McCormick says this is where Florida Memorial can make a difference.

“We have young people who are very interested in this field,” he said. “The hope is that the airlines will partner with us and increase the chances of our students getting in and through flight school.”

For students like Johnson, that support can’t come soon enough.

“I hope there are people, companies that will support us,” he said. “I really want this. I’m determined to not let the resources be a problem. But they are.”

On a trip to Orlando for his birthday in June, Johnson used his last $250 to take his introductory flight, commandeering a Cessna Skyhawk. He executed 360-degree turns and rapid climbs in altitude. The experience was “incredible,” he said. “Amazing. I didn’t know Florida was full of swamps until I flew over them. It confirmed what I wanted to do.”

Johnson has been accepted into the Red Tails Academy in New York, where in September he will focus on private planes and instrument training, among other technical aspects of flying. “I’m excited because it’s really happening. I know we will have to find resources in the future. But I believe the resources will come. I have to.”