An “incel” who killed 10 pedestrians by driving a van into them in a busy Toronto neighbourhood has pleaded not guilty of murder.

Alek Minassian’s lawyer Boris Bytensky said he will argue his client was not criminally responsible because of his state of mind during the killings on 23 April 2018.

When asked by a detective how he felt about the deaths, Minassian replied: “I feel like I accomplished my mission.”

The 28-year-old also said he was part of the “incel” online subculture that has been linked to other attacks and which promotes the idea that men are entitled to have sex with women.

Incel is short for “involuntary celibate”.

Minassian, who said he never had a girlfriend and was a virgin, admitted he used the van as a weapon and said he wanted to inspire more attacks.

His comments can be reported after a ban on the publication of his interrogation by police was lifted last year.

Minassian faces 10 counts of first-degree murder and 16 counts of attempted murder in connection with the killings.

Eight women and two men died in the attack, with their ages ranging from 22 to 94. One of those killed was dragged for over 150 meters.

Many were struck from behind.

A number of people suffered serious injuries in the attack including brain damage and amputated legs.

Minassian said in court via a video call on Tuesday: “I am entering a plea of not criminally responsible for all of the counts.”

The court opted for a trial on videoconference because of the pandemic.

The judge has said the case will turn on Minassian’s state of mind at the time of the attack. 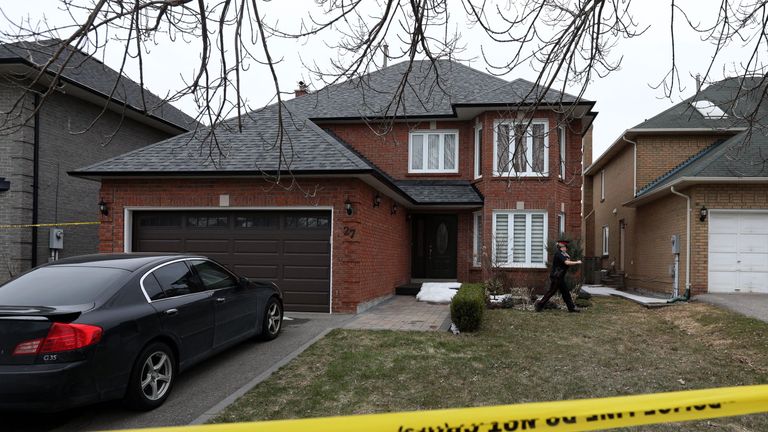 Prosecution lawyer Joe Callaghan said: “On a warm spring afternoon on April 23, 2018, numerous pedestrians were out along Yonge enjoying the sunshine when their worlds were shattered by the actions of Mr Minassian.”

Reading a statement of facts that both sides agreed on, Mr Callaghan said Minassian drove “straight at people”.

Mr Callaghan said: “The only issue at this trial is the criminal responsibility.”

The prosecution showed family photographs of each of the victims’ faces as Mr Callaghan detailed how they were struck.

Minassian booked the rental van on 4 April 2018, weeks before the attack.

He added the defendant thought he was getting a truck when he arrived at the car rental location.

Minassian also told police after his arrest he had been in contact with Elliot Rodger, a community college student who killed six people and wounded 13 in shooting and stabbing attacks in 2014 near the University of California, Santa Barbara, before apparently shooting himself to death.

Minassian posted on Facebook that day: “The Incel Rebellion has already begun! We will overthrow all the Chads and Stacys! All hail the Supreme Gentleman Elliot Rodger!”