ALEXANDRA SCHULMAN: Visiting my Ukrainian hometown with my siblings instantly reverted us to our childhood personalities – and caused plenty of squabbles

Last week, my two siblings and I visited Ukraine. Somewhat surprisingly, my last book, Inside Vogue, was published there and I was invited to speak at the Kiev Book Fair. This alone would have been tempting, but the offer was irresistible as our grandparents, part of the Jewish exodus to Canada at the turn of the last century, came from the region.

None of us had ever been there, so off we all went – myself, my younger sister Nicky, and our brother Jason, at 55 the baby of the pack.

Whenever we had asked our dad about his parents’ upbringing, vague doesn’t begin to cover it. He didn’t seem to know anything, or if he did, he had no interest in sharing. 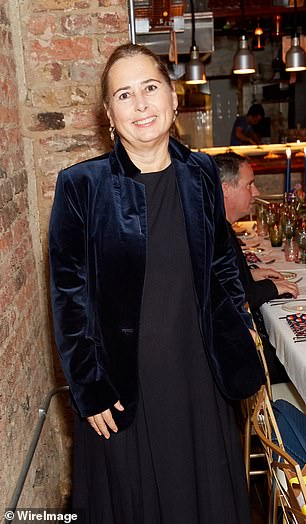 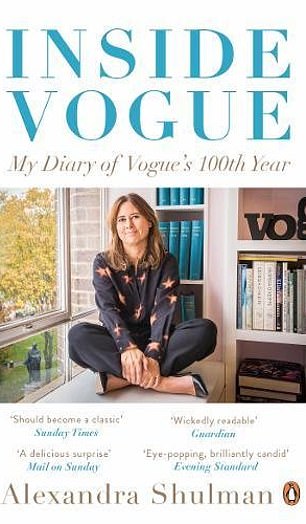 Alexandra Schulman travelled to Ukraine with her siblings for the launch of a translation of her book Inside Vogue. Her grandparents came from the region

It was frustrating but eventually we prised out of him the name Zhytomyr, a town 100 miles from Kiev. Years later, we discovered it was the home of our grandmother. The precise birthplace of our grandfather, who died aged 25 in the Spanish flu epidemic of 1918, remains unclear.

The trip was the first time the three of us had ever travelled abroad together, and the exploration of our roots was superseded by the time-travel back to our seven-year-old selves. From the moment we met in the hotel, we instantly reverted to our childhood personalities.

As the eldest, I had always been impatient and bossy, exasperated by the others, who would annoyingly tag along, never doing what I told them when I wanted them to do it.

Nothing had changed. Nicky, now a successful author and critic and uber-efficient matriarch, excelled herself by reverting to the chaotic, attention-grabbing family member she always had been – spilling things all over the place, dawdling and losing everything.

When small, she had to wear a necklace with her name and phone number on because she so frequently got lost. Jason too did what he always did: dealt with us and the world around him with a relentless stream of jokes, puncturing any egotistic tendencies (although not his own), should anything become too serious.

Little remained of Grandma Ethel’s Zhytomyr but it was fascinating – and moving – to walk the bridges, parks and streets she would have known.

But even more emotionally gratifying and fun was sharing weird childhood memories and being transported back to the days when what really mattered was who could blow the biggest Bazooka bubbles (Jason) and who was allowed the latest bedtime (me).

Sky TV’s drama series Chernobyl is a gripping re-enactment of the catastrophe that took place at that nuclear power plant in April 1986.

It’s grim viewing, and before I left for Ukraine, watching the chain-smoking Soviet machine’s inability to deal with the literal fallout did make me slightly wonder why we had booked a Chernobyl tour as part of our jaunt. But boy am I pleased we did.

Equipped with Geiger counters to test radiation levels and issuing instructions not to bare any skin, authorised guides escort you through the 20-mile exclusion zone around the decimated fourth reactor. 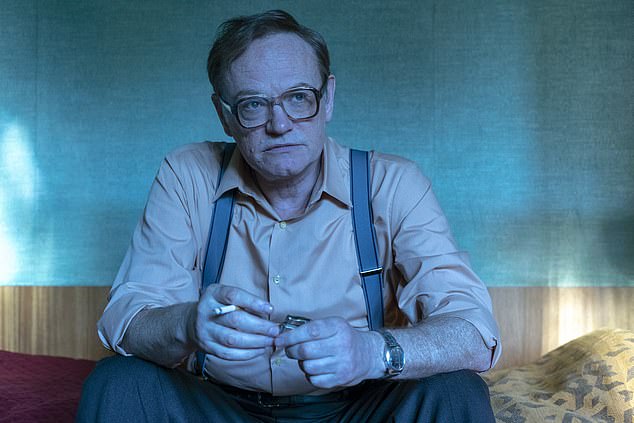 Thirty years ago, the poor souls charged with cleansing this unholy corner of the planet removed 6ft of soil and vegetation, and slaughtered every living thing. Today the radiation level is no higher than you would encounter on a one-hour flight and Pripyat, the town built to house the workers, has returned to the rule of the wild.

Gloriously coloured roses climb over the abandoned buildings, the trees are filled with birdsong and the apartment blocks are as overcome by the forest as Sleeping Beauty’s castle. It’s a ghost world but strangely beautiful – and a heartening reminder that, whatever the follies of man, nature will always be more powerful.

Returning home, I was greeted by a personal time-warp. When I left the house in the care of my two menfolk, it was filled with vases of fresh flowers, the garden pots were flourishing and the light bulbs all worked.

Five days later, the flowers were still where I left them but were now dead and stinking, the pots had all dried out and nobody had bothered to change a blown light bulb in the sitting room. Not only that but within 24 hours of my return, partner and son had both taken to their beds, weakly asking where they could find paracetamol. Sad but true.

Recently I splashed out on a Gucci T-shirt with a picture of Elton John’s face on the cover of his single Someone Saved My Life Tonight.

I love it, or I did before the release of the new biopic Rocketman. 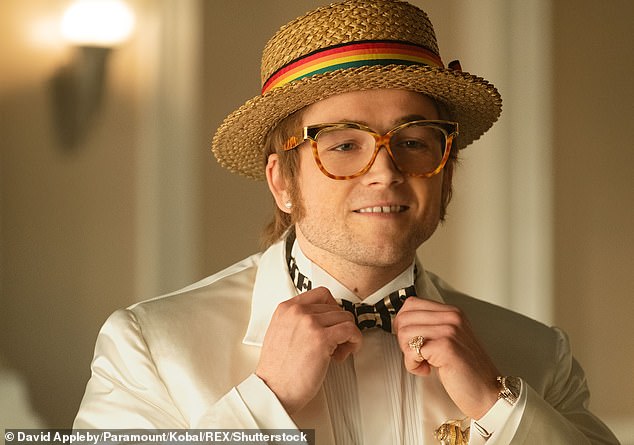 The movie is a great ride and I defy anyone not to blub when Taron Egerton, brilliantly playing Elton, sings Your Song for the first time.

One problem: now everyone thinks my wildly expensive T-shirt is just a piece of marketing merchandise picked up from the foyer. 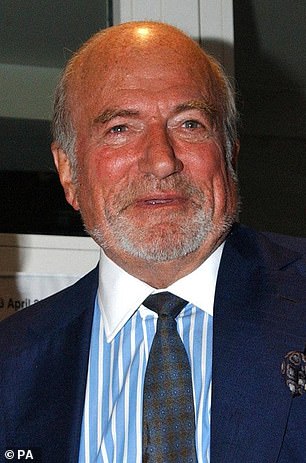 Claus von Bulow, who was famously acquitted of murdering his wife in 1985, died last week

The guest everyone was dying to invite…

Claus von Bulow, who died last week aged 92, was one of London’s most invited guests when he moved here in the 1980s after being acquitted on appeal of the attempted murder of his heiress wife.

Society hostesses like to sprinkle beautiful young things around their parties but they’re even keener on a spot of notoriety.

Only Lord Lucan could have been more sought-after.

Why Rihanna is all about specs appeal

Rihanna launched her Fenty fashion line last week. As with all celebrity designers, it’s based on her own taste – cue corseted mini dresses and jackets with what Americans call fanny packs and we call bum bags.

These outfits may or may not be huge sellers but it won’t matter because unusually for a new label launch, her backers LVMH have simultaneously bankrolled a huge range of accessories. And that’s where they’re on to a winner. 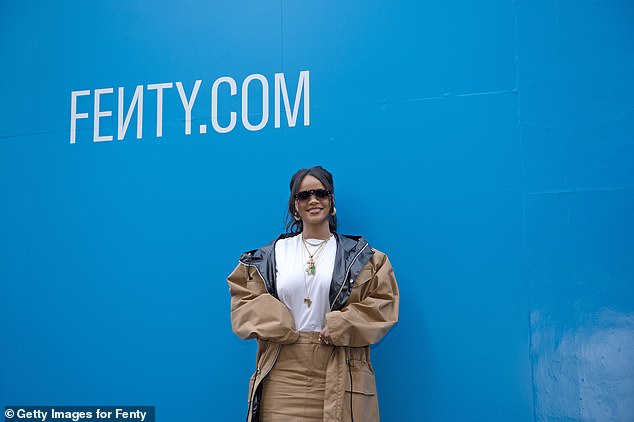 The reason? Follow the money. The big fashion spend has now gone east where the clothing of many of the richest women in the world is restricted by traditional and religious conventions – but that doesn’t stop them having accessory wardrobes the size of Mecca.