ANDY Burnham has warned a second national lockdown is coming and "all of England will be in Tier 3" this winter.

The Manchester Mayor has vowed his standoff over financial aid to areas under the toughest restrictions is "everyone's fight" and all parts of the country will have to confront the highest Covid alert level. 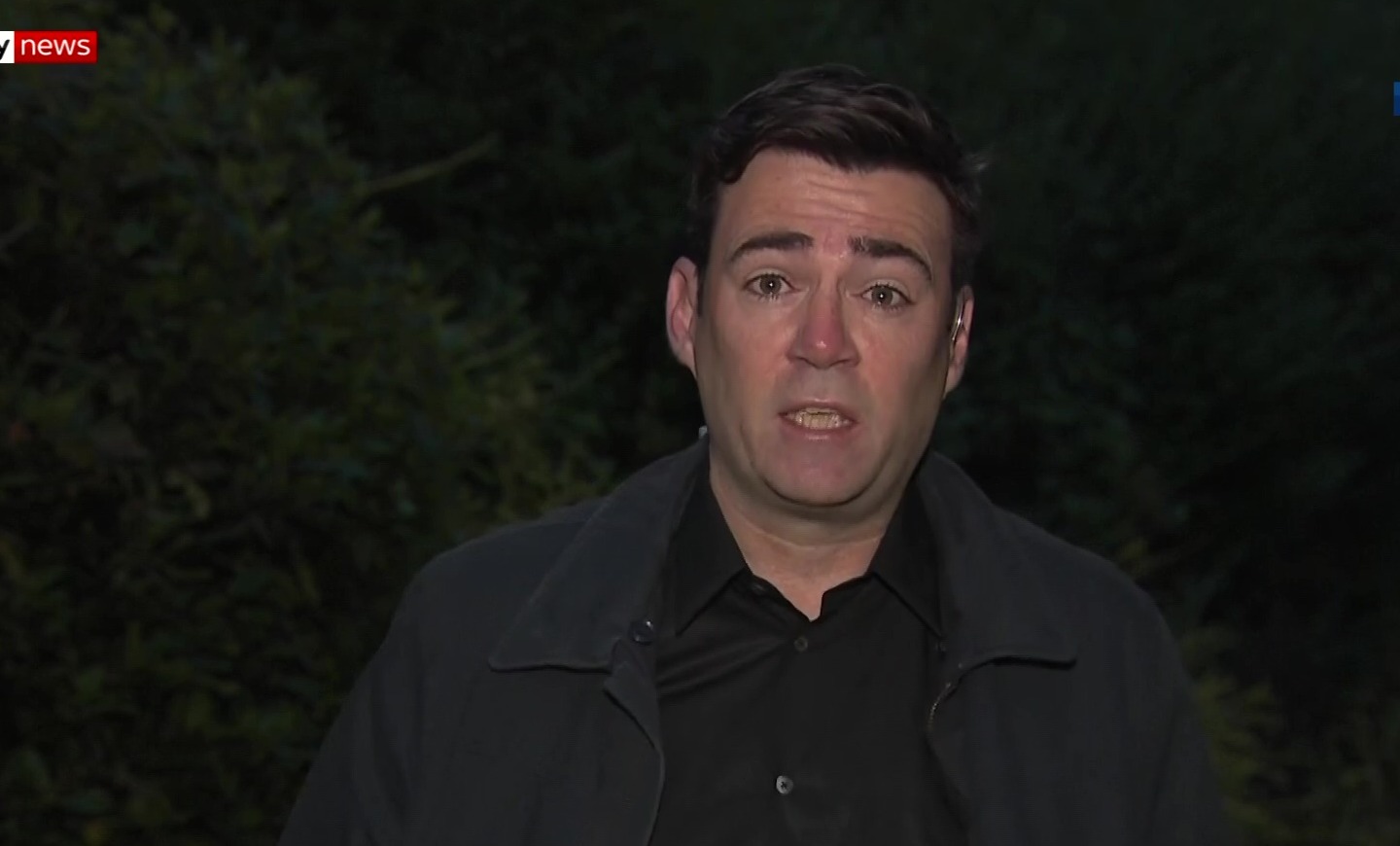 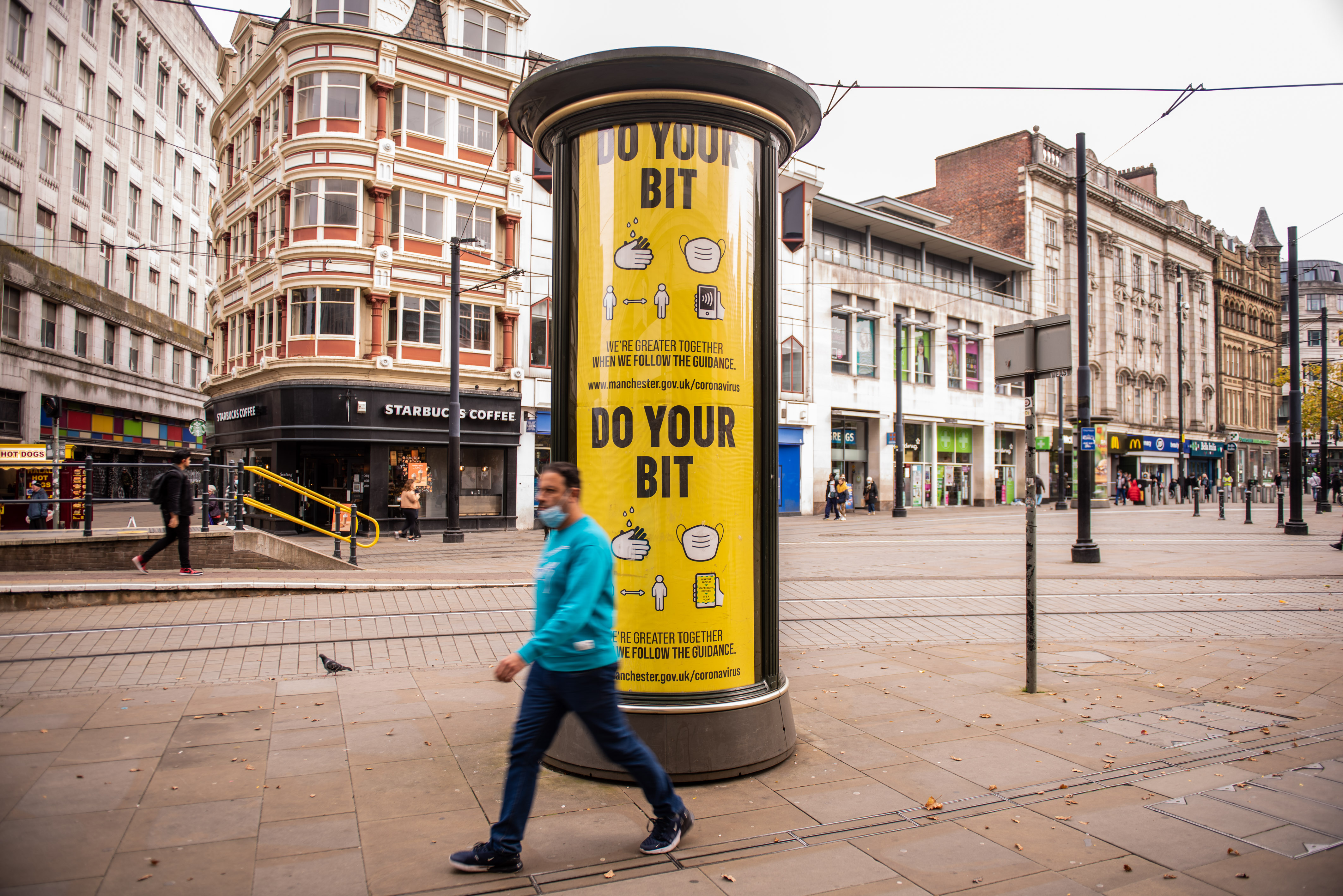 Mr Burnham told the BBC: "(Lockdown restrictions) has ground people down, and pushed businesses to the brink.

"That is why we're asking for a fairer package of support to help people get through this and get what they need.

"It's not just about Greater Mancheter and getting what we can for ourself, this is everbody's fight ultimately.

"I would predict everybody will end up in Tier 3 at some point during the winter – what we need is a fair financial framework for Tier 3."

And the Labour Mayor sounded the alarm that Manchester could be left in Tier 3 restrictions "throughout the winter".

The city was last night dramatically given a deadline of midday today to agree to a deal or have the restrictions forced upon them by the Government.

And Mr Burnham finally said this morning he would ask people to obey the law if he was ordered into the next set of restrictions by Boris Johnson today.

He said this morning: "We would ask people to obey the law, we are quite clear about that…. [but] I can’t just accept more and more and more restrictions, that causes health harm in a different way.

"We will say to people you have to obey the law of the land."

But he warned that imposing new rules without his backing may lose the public support for lockdown measures and the fight against the virus.

The Manchester Mayor and Westminster Government have been locked in a furious fight for days over extra new rules for the area.

He wants the Chancellor to pay more towards people's wages than the two thirds he has promised so far, for firms that have to close.

Bars and pubs which don't serve food, and gyms and other indoor areas in some areas have been ordered to shut to stop coronavirus from spreading.

It was reported today that the figure offered to Manchester was much lower than previously thought – around £22milion – but this hasn't been confirmed by ministers.

Mr Burnham said he thought shielding of elderly and vulnerable people in Greater Manchester needed to be "looked at seriously" and suggested it was "part of the solution".

Yesterday Health Secretary Matt Hancock warned swathes of South and West Yorkshire — including Sheffield and Leeds — could be placed in Tier 3 this week.

Chunks of the North East and Nottinghamshire were put on a similar timetable.

It means that than 21million Brits are set to fall under tougher lockdown rules within weeks.

A third of the country faces the highest Tier 3 restrictions or “circuit-breaker” closures.

That is on top of 2.7million already in Tier 3 in Merseyside and Lancashire, along with 3.4million people in Scotland and 1.9million in Northern Ireland.

Tonight, Downing Street insisted it would persist with a localised approach.

A spokesman for Boris Johnson said: “We keep all of our measures under review but the PM has made very clear that he doesn’t want a return to something like a national lockdown and believes our three-tiered approach is the right way forward.”

Mr Hancock told MPs: “Following the introduction of measures in Liverpool and Lancashire, talks continue with Greater Manchester, and this week further discussions are planned with South Yorkshire, West Yorkshire, Nottinghamshire, the North East and Teesside.”