REP. Alexandria Ocasio-Cortez has slammed President Biden's handling of the migrant crisis at the southern border, calling the conditions "barbaric", "horrifying" and "inhumane".

The progressive firebrand unloaded on the White House during a virtual town hall meeting on Wednesday, a day after she was criticized for insisting that using the term "migrant surge" was a white supremacist dog whistle.

During last night's event, AOC spent much of her time denouncing the "completely inhumane" conditions at the border, taking both parties to task for causing the crisis through decades of systemic failures.

"As we've seen there are arrivals and undocumented children – rather unaccompanied children that have come at the border and this had lead to completely inhuman and unacceptable, horrifying conditions of children in CBP [Customs and Border Protection] custody," she said.

"And it's unacceptable and it's horrifying."

As of Sunday, there were 5,767 children in Customs and Border Protection custody up from 5,495 children on Thursday, according to CBP data. Under Trump, the largest number of unaccompanied minors was 2,600, which came in June 2019.

Worse still, there are a staggering 17,650 children in the custody of the federal government overall, including shelter facilities and other housing.

The Biden administration is struggling to meet the demand of the thousands of unaccompanied children flocking to the US.

The surge has caused a huge backlog, leaving those children detained in stark, overcrowded conditions which one Democratic lawmaker described as "terrible." 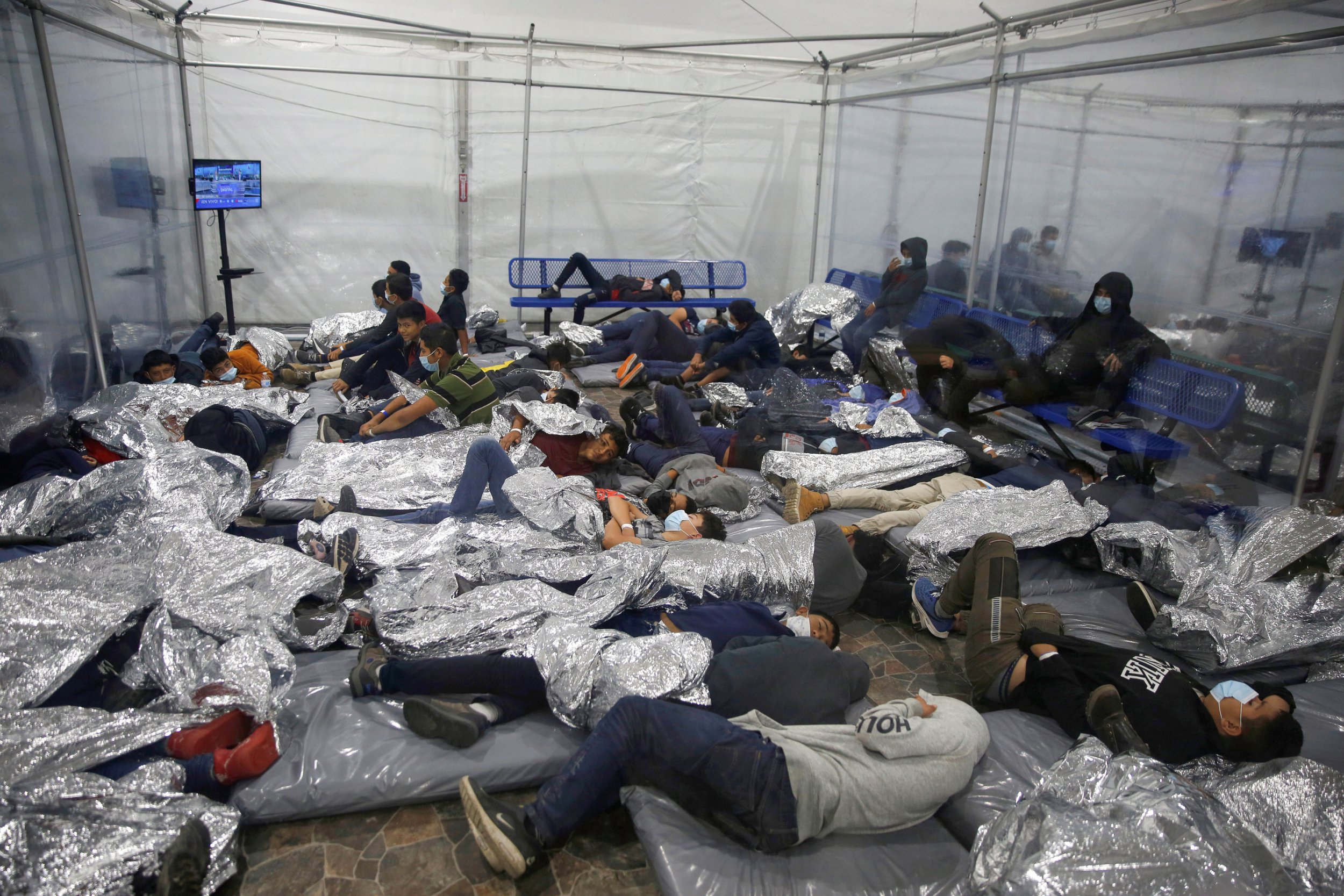 Agreeing with that stance on Wednesday, AOC – who once likening border facilities to "concentration camps" under Trump – also blamed decades of US foreign policy in Central America for contributing to the perpetual crisis.

"The fact that this keeps happening is a political failure of both parties," she said.

AOC didn't go as far to directly blame Biden for the crisis, further adding that she didn't want to draw a "false equivalence" between the president's border policies and that of his predecessor, Donald Trump.

However, she did criticize the Biden administration for its role in permitting the "injustices" of the US' immigration system to go unchecked, insisting migrants are treated like prisoners rather than human beings.

"It’s a result of the fact that we have built our immigration system on the same scaffolding of our incarceration system, and neither are just," she said.

"I don’t want to excuse any of this," AOC continued. "We should be doing better by now."

Ocasio-Cortez said she has been in direct contact with the Biden administration, which is "trying to figure out … how to find the resources to end the problem." 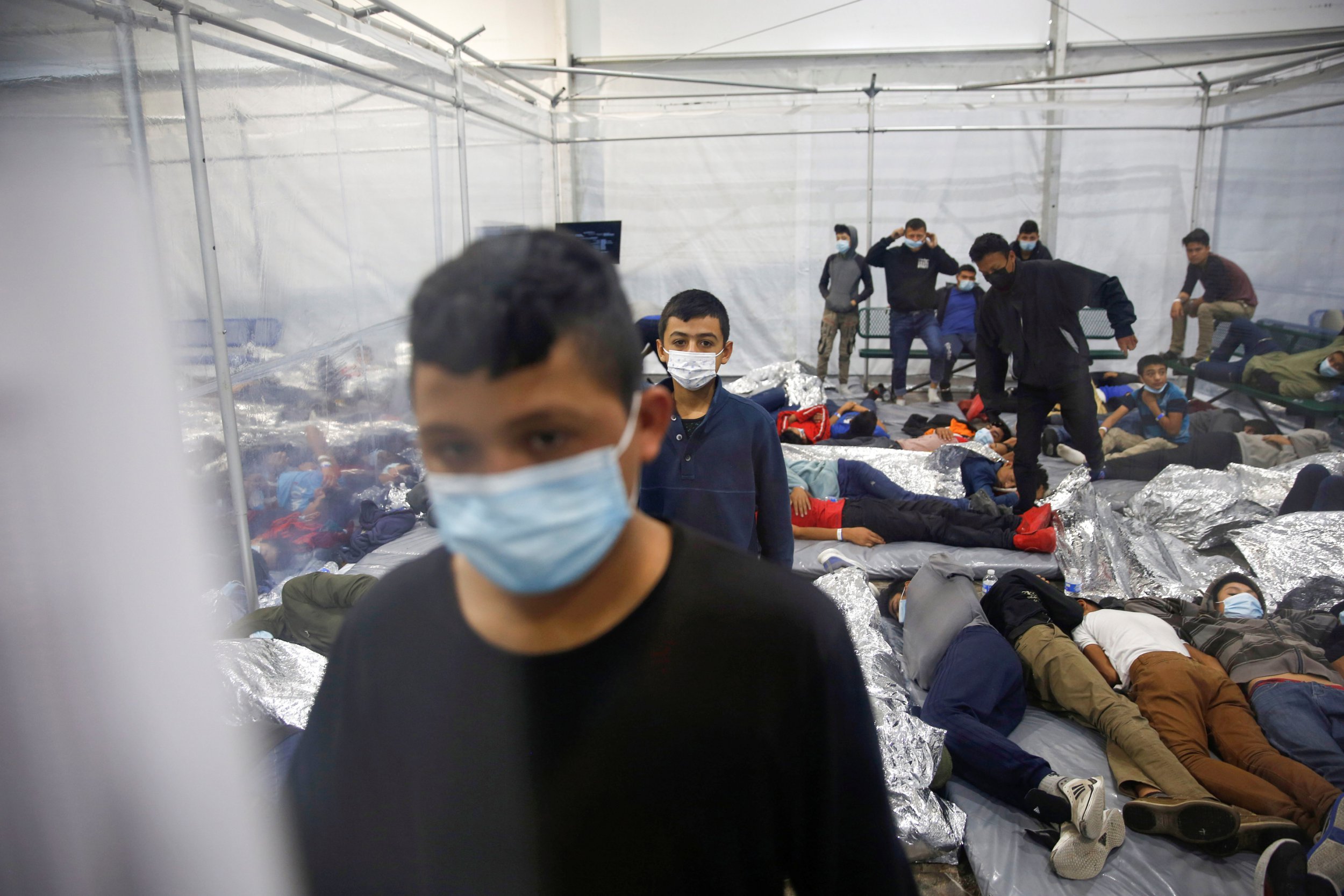 AOC also sought to dis-spell claims touted by some Republicans and conservative commentators that the US is being "invaded" by Central American migrants, as the likes of Tomi Lahren claimed this week.

This is not an invasion,” nor is it a “new emergency,” she said.

"Folks like to weaponize it and pretend that this is a new emergency. It’s not, and we should be doing better by now.

“U.S. foreign policy has contributed to the destabilization of these regions and of the very countries that are mired in a lot of violence that these families and these children are fleeing … All of this is morally wrong. It’s repugnant.”

The congresswoman's remarks came just one day after she was widely panned for telling supporters during a lengthy Q&A on Instagram Live that using the term "migrant surge" pushes white supremacist ideology.

"But people don’t want to have that conversation. They want to say, ‘But what about the surge?

"Well, first of all, just — gut check. Stop. Anyone who’s using the term ‘surge’ around you, consciously, is trying to invoke a militaristic frame,” she claimed.

“And that’s a problem, because this is not a surge. These are children and they are not insurgents and we are not being invaded.

“Which, by the way, is a white supremacist philosophy. The idea that if another is coming in the population that this is an invasion of who we are." 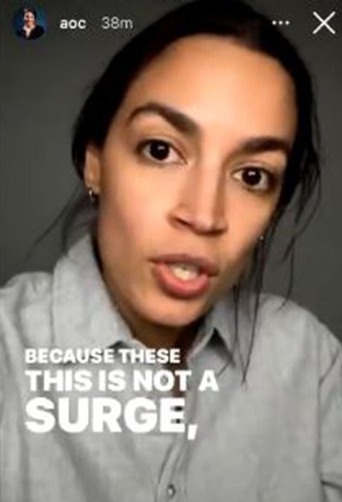 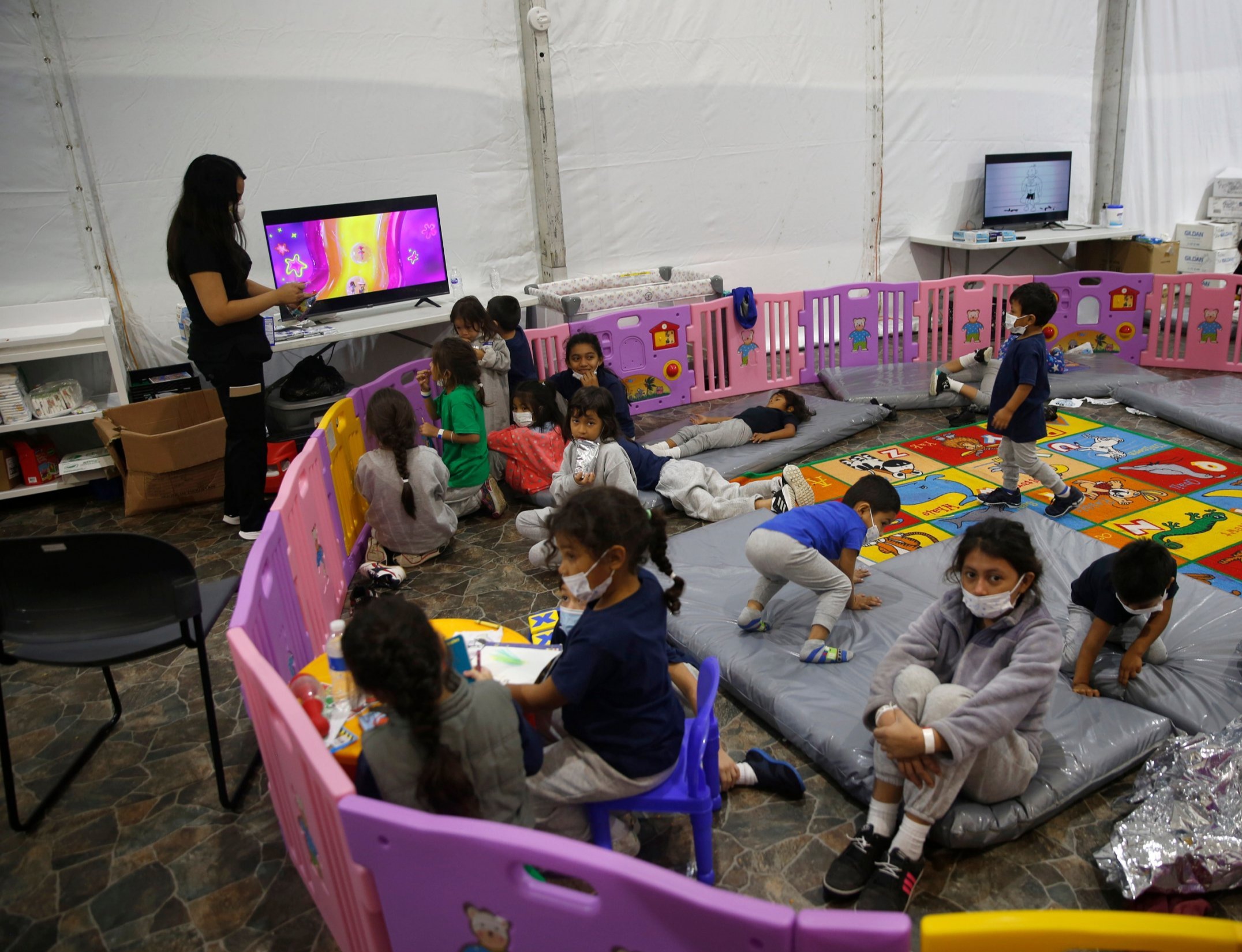 Video of the exchange was later shared to Twitter, with Q-Anon conspiracy theorist-turned-congresswoman Marjorie Taylor Greene accusing AOC of being "racist" by making such a remark.

The Democrat didn't respond to any of her GOP critics directly, but in a thread of tweets posted on Thursday morning, she appeared to hit back.

"A lot of people who are just now suddenly horrified at the dehumanizing conditions at our border are the same folks who dehumanize immigrants + helped build these cages in the 1st place," she wrote.

"When we tried to stop this infrastructure over a year ago,we were overruled by BOTH parties."

AOC then called out Texas Senator Ted Cruz and other Republicans who ventured to the border last Friday and Biden of throwing kids into "overcrowded cages".

"A politician’s strength isn’t based on a trip. It’s based on their policy and voting RECORD," she wrote.

"And the fact is a LOT of Ted Cruz types who are now going down to meet refugee children in boats outfitted w/ machine guns are the ones who helped create this problem in the first place."

If they want to enact real reform at the border, AOC said members of the GOP needed to help come up with solutions, instead of upholding "upholding CBP, ICE, and the military."

"Politicians and pundits who are pretending to care about the border now but have continuously voted to expand these cages can sit down,' she continued.

As blame-gaming continues over the border situation, an official told Reuters this week that he expects more than one million migrants will arrive at the US-Mexico division this year.

If the figures reach 1 million, it could mirror a similar increase in border crossings in 2019 during Donald Trump’s presidency, when nearly 978,000 migrants were taken into custody.

Border Patrol arrested about 100,000 migrants in February, the most in a month since mid-2019. More migrants typically cross between April and June, Raul Ortiz, deputy chief of the U.S. Border Patrol, told reporters.

“We’re already starting to see some higher days of 6,000-plus apprehensions,” Ortiz said. “So I fully expect our border patrol agents to encounter over a million people this year.”

The Donna facility is holding 4,100 migrants, most of whom are unaccompanied minors, according to a pool report, four times its pre-COVID capacity.

More than 2,000 unaccompanied migrant children have been held there for longer than a legal limit of 72 hours.

Of those, 39 children had been stuck in the tent facility for more than 15 days as they await placement in a shelter overseen by the U.S. Department of Health and Human Services.