Put it bark on! Apollo the dog whines in protest every time his favourite TV show is paused

This is the moment a dog pleads with his owner to turn his favourite television programme back on.

Apollo the dog can be seen whining and whimpering as he stares nervously at the frozen screen.

The footage was recorded at their home in Urbana, Champaign County of Illinois.

In the video, the pair are sat watching what is believed to be Apollo’s favourite Netflix show on their flat screen.

The programme appears to be about dogs and their owners, which may be influencing Apollo’s excitement as he stands with his face glued to the television.

But when his owner decides to pause the show, the pooch begins to panic at the frozen pictures. 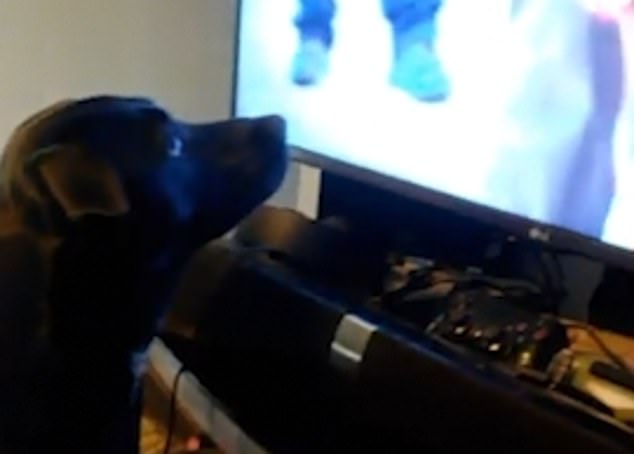 In the video, the dog and his owner are sat watching what is believed to be Apollo’s favourite Netflix show on their flat screen

‘Do you want to watch TV?,’ his owner says as Apollo whimpers, still fixated on the screen.

But as soon as the filmer unpauses the show, Apollo stops whining and quietly watches the programme.

‘My dog, Apollo, is a huge fan of watching TV, but I noticed the other day that he totally gets annoyed when I pause the TV show,’ said his owner. 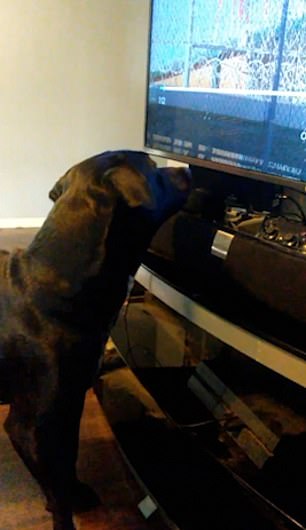 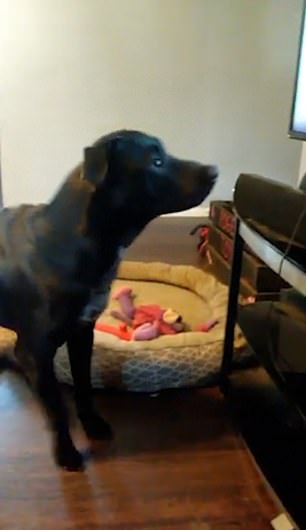 When his owner decides to pause the show, Apollo begins to panic as he can’t understand why the picture is frozen