Fighting back! How our Armed Forces veterans leapt in to help on the frontline battle against coronavirus

Sponsored by The UK Government 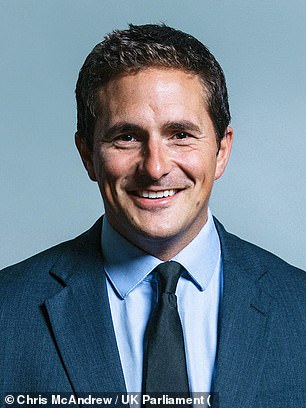 Johnny Mercer, Minister for Defence People and Veterans, is grateful to the veterans who volunteered in large numbers to help

They used to fight for their country, but more recently our Armed Forces veterans have been fighting on another front: protecting the UK against Covid-19.

Even before lockdown began in March, they were signing up in their thousands to use the invaluable skills they learned in the military to combat this new threat.

From helping build the Nightingale Hospitals and setting up mobile testing sites to delivering essential supplies to those who are shielding, our brave veterans been a vital part of our defences once more.

Minister for Defence People and Veterans Johnny Mercer said: ‘Those who’ve served in the armed forces have developed a vast array of skills during their career, meaning they can play a huge part now in our national effort to tackle coronavirus.

‘We have seen many veterans making a fantastic contribution during the pandemic, through helping out the vulnerable in their local communities, to running mobile testing sites nationally. We cannot thank them enough for their efforts.’

Here are some of their stories:

While treating patients infected with the Ebola virus in Sierra Leone in 2014, Lance Corporal Joshua Ryder, from Staffordshire, couldn’t have realised he’d one day be using the knowledge he’d gained to help victims of another pandemic in his own country.

But when Covid 19 struck, he found his time in Africa with the Royal Army Medical Core invaluable – both for himself, and for the hospital in Stafford where he now works as a trainee nurse.

‘With Ebola, we were very strict with the cleaning and contamination side of things,’ says Joshua, 30. ‘Minimal colleagues contracted it, maybe only one, which shows how well we did that side of things. 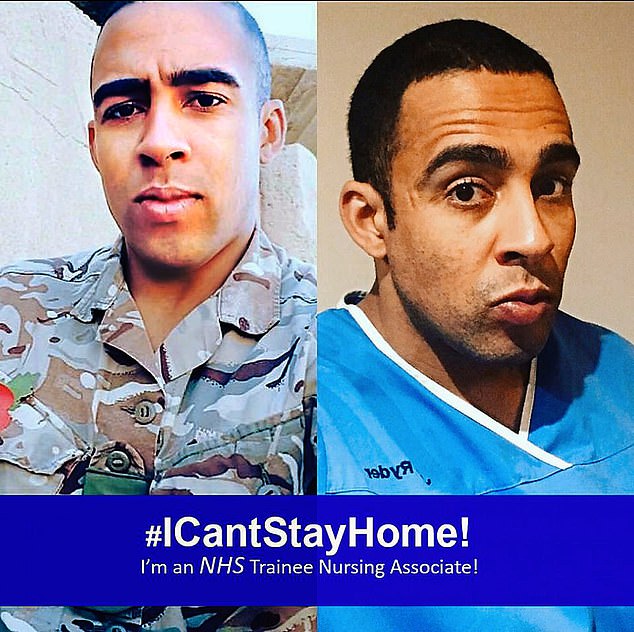 Twice a hero: Joshua Ryder in Army fatigues, left, and scrubs, right, in his new role as a trainee nurse

‘So with Covid-19, I realised you had to do everything you could to protect yourself. People in the hospital would ask, ‘You’ve been in Sierra Leone, what do you know?’ and they’d listen to my experience.

‘The set ups they used were mirrored on the military – they set up a hospital within the gym for any patient who tested positive. It was like walking into a military field hospital.’

Joshua, who left the Army in 2018, volunteered to go to Sierra Leone to help the Ebola outbreak that cost 11,325 people their lives.

‘We triaged and tested patients to determine whether they had malaria, gastroenteritis or Ebola,’ says the father-of-two. 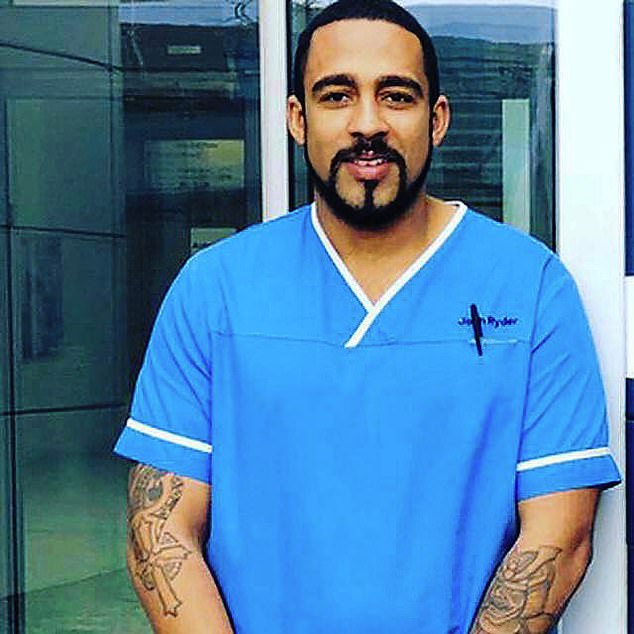 Joshua, a father of two who left the Army in 2018, previously helped victims of Ebola

‘It was sad to see the devastation caused by the Ebola epidemic. We visited orphanages – it was moving to see the children who’d lost their parents to the virus.’

Joshua now works in the mental health wards of St George’s Hospital in Stafford, where staff have had to explain to their long-term patients why they can’t have visitors or go out.

‘It’s been difficult for the patients but I think they’ve handled it really well. We’ve got a good rapport with them and they feel they can approach us,’ he says.

THE HOMELESS JUST WANTED TO CHAT

When lockdown happened, hotels and other shelters threw open their doors to get the homeless off the streets to help contain the spread of coronavirus.

But they needed support, and that’s where former RAF medic Michelle Partington, 48, from Blackburn, Lancashire, came in.

Despite having left the Armed Forces in 2015 after three tours of Afghanistan, she immediately volunteered to help fight Covid-19. 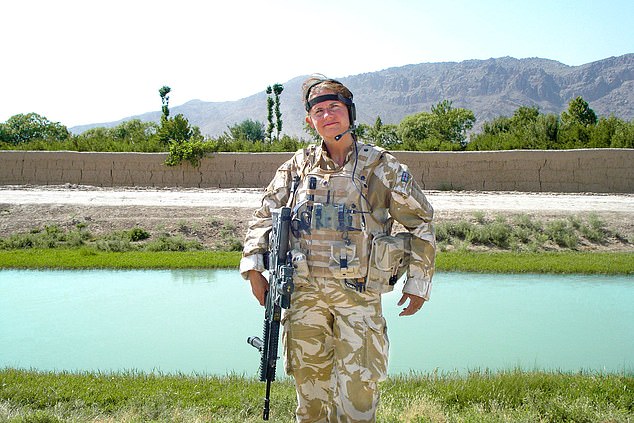 She was made a team leader at a YMCA and a Salvation Army hostel in St Helens, Merseyside, that helped the homeless.

‘If anyone had queries or problems, we’d deal with them, from helping them get doctors’ appointments to sending food to someone isolating,’ she says.

‘Sometimes people just wanted to chat – all they wanted was for someone to listen to them. People often don’t have time, or think they’re on drugs, or that chatting to them doesn’t matter. But it does.

‘People fall on hard times. Some people don’t have a choice. One guy was on drugs because his father had fed them to him from the age of 13. Another chap told me I’d chatted to him for longer than anyone else. These people deserve to be heard.’ 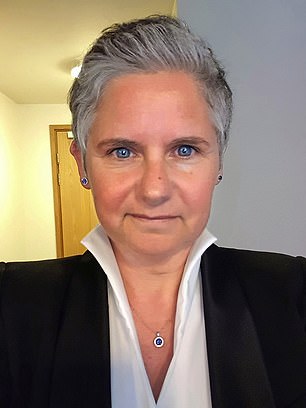 ‘We’ve got the experience, so why not use us?’ says Michelle

Michelle also helped out at a hotel that had taken in the homeless.

‘There were a few more naughty people in there who pushed the boundaries a bit,’ says Michelle.

‘There was no real control over them, and the hotel manager was dealing with quite a lot. I think some of the time the vets were there as bouncers!’

Eventually Michelle had to step back because of a family illness, but she still helps out by calling a 91-year-old man who’s isolating for a chat every week.

‘It’s quite humbling to be able to do this,’ she says.

‘At the YMCA they said, ‘We feel so much more comfortable now you’re here’. But we’ve got the experience, so why not use us?’