A HERO Asda driver rescued a seven-week-old baby from a house fire while on his delivery rounds.

Habeel Khan, 26, was on his routine rounds in Stapleford, Nottingham when he saw smoke billowing from a house. 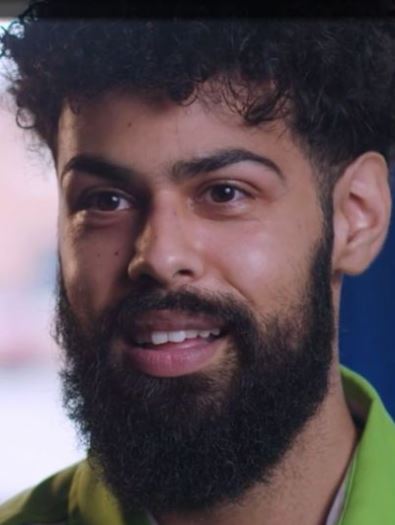 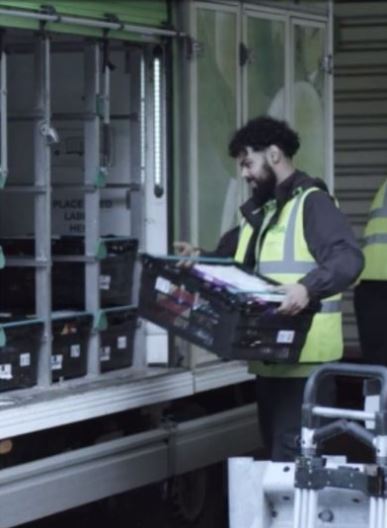 As he pulled up he was met by a screaming woman, who told him her child was still inside the property.

Brave Habeel then darted into the burning building to recuse the tot.

But despite his heroic act, modest Habeel insists: "It was just a normal day at work for me."

Recalling the day's events, he added: "I was doing my deliveries in the Stapleford area and when I pulled up and looked over to where the customer's house was I saw loads of smoke just gushing out of a house.

"My natural instinct was to just run across to the house. I could see loads of smoke and lots of people panicking outside.

"I shouted 'is everyone out of the house?' and that's when a woman with two young children shouted 'my baby; my baby's still in the house.'

"I don't think she had realised until then and then she ran back into the house and I went with her. 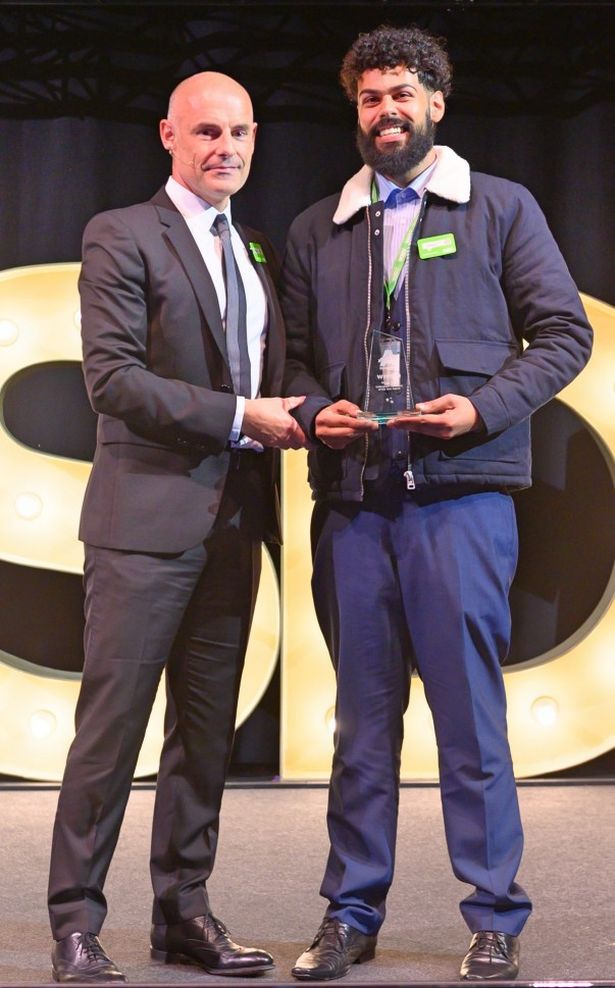 "She managed to pick up the baby from a room next to the kitchen where the fire had started, then we ran out."

Habeel stayed with the family and helped to calm them down until firefighters and paramedics arrived, before carrying on with the rest of his deliveries.

He has been praised for his actions and was recently named Colleagues' Colleague of the Year at the Being Asda Awards 2019.

He said: "I didn't really think anything of it – I just thought I'd helped out, and had done a little good deed.

"I don't think I have done anything heroic at all to be honest. Thankfully everyone was okay in the end and the family are back in the house."

Habeel's colleagues at the Nottingham Home Shopping Centre shared their reaction to his 'little good dead'.

Claire Wilkes said: "Habeel doesn't think he is a hero, but we certainly do – he's amazing!"

Habeel's manager Peter Smith said: "We know him as Smiler. He is always happy. He is always doing the right thing by the customer. He is an absolute asset to the team and a credit to the company."

Asda's senior vice president of operations Anthony Hemmerdinger said: "What Habeel did was remarkable and it's not something we would recommend that our colleagues do, however it's clear that in this instance his instinct kicked in and he did a remarkable job."