Four faces popped up on Zoom for a hastily scheduled Pac-12 call with the media on Thursday afternoon and they displayed some rather uncommon visions from the league of late.

Commissioner Larry Scott and his cohorts were announcing a new conference-wide deal with Quidel, a California-based lab testing manufacturer. It will supply league schools with machines that will allow for fast, affordable coronavirus testing for athletes.

Results are promised within 15 minutes, allowing schools to identify and quarantine infected student-athletes before they spread the disease. The ability to test daily, or even more, increases accuracy. Together it assures safe practices and safe games and thus, eventually, the promise of a season.

“This access to daily, rapid result testing is simply game changing,” Scott said. “It’s a major step for the return of safe sports competition in the Pac-12.”

Eventually it will be the major step everywhere, and not just in athletics. The inability to quickly and accurately test for the virus has been arguably the single biggest challenge the country has faced.

Now the Pac-12 is on the road to solving it. No, not overnight. The machines won’t arrive until late September. There are still protocols and decisions to be made. Local health officials and governments are still prohibiting half the league (Cal, Oregon, Oregon State, Stanford, UCLA, USC) from practicing.

“Before Jan. 1” was bantered about, at least for basketball, but there wasn’t major urgency. Football would come in due time. The details aren’t the hurdle. This was. 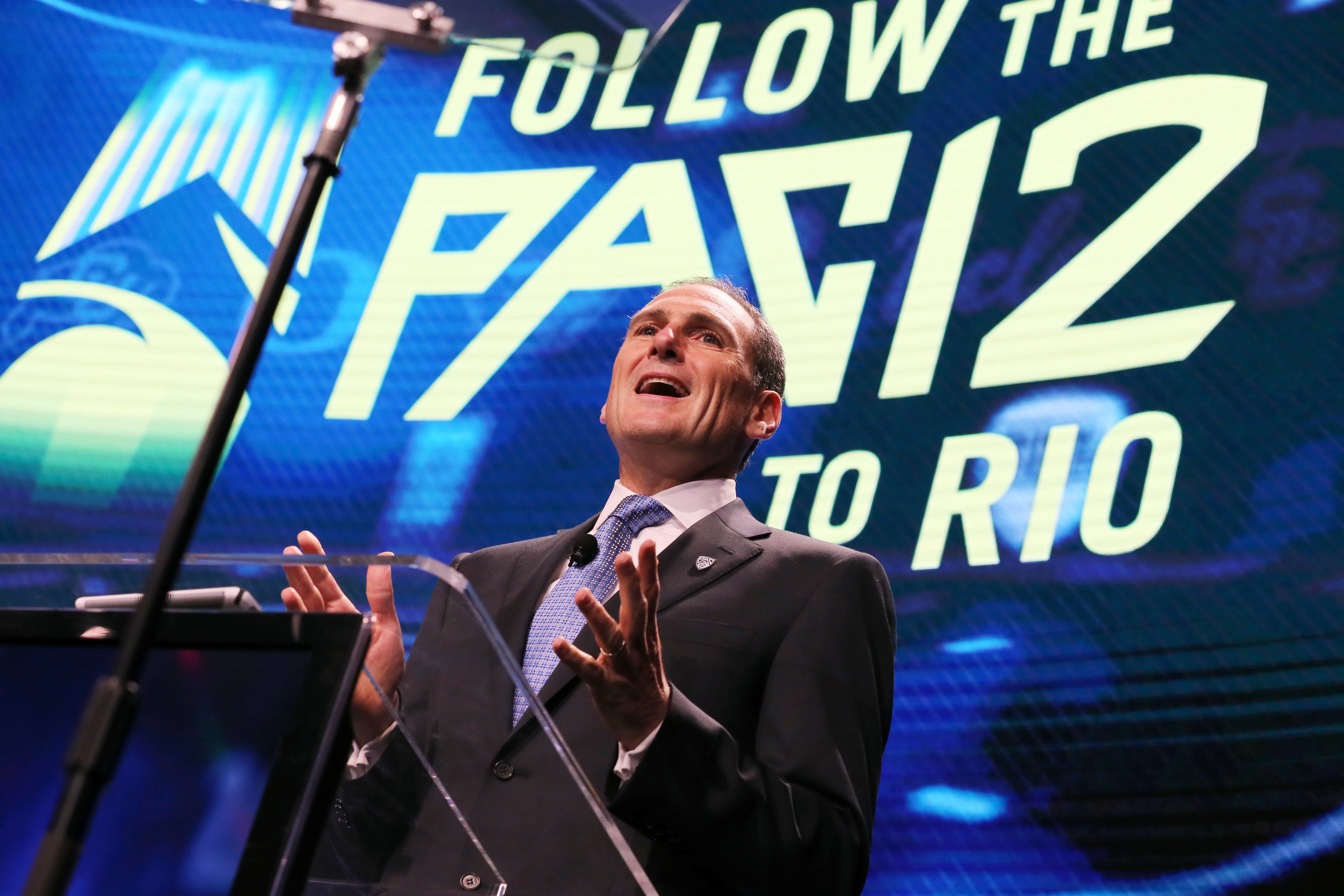 Scott looked like a guy who could see the light at the end of the tunnel. He wasn’t going to try to hope and pray his way through fall football, worrying about outbreaks or postponements.

He knows that when the Pac-12 returns, it’s going to return all the way. That it took a few extra months to get it 100 percent right didn’t seem like much of a price.

“We’ve gone about return-to-play in a very measured and thoughtful way,” Scott said. “We are going to let the data and the science guide us [so that] by returning to play we aren’t encouraging the spread and putting our student-athletes at higher risk.”

Scott didn’t shy away from saying he is in regular communication with Big Ten commissioner Kevin Warren. Nor did he hide his hope that the two leagues might link up for a season on their own schedule – maybe starting Thanksgiving, maybe just waiting until January. They could play each other in the regular season, or maybe a postseason challenge.

“A high priority for the Pac-12 would be to align our seasons,” Scott said. “It would be awesome to have some of the traditional postseason opportunities the Pac-12 and Big Ten have enjoyed with each other.”

A February or March Rose Bowl?

The Big Ten and Pac-12 have been ripped for pulling the plug on the fall season while the others are trying to press forward. In the Big Ten, there’s been criticism from coaches, players, parents and so on. It’s less so out West, where the understanding that if local governments are prohibiting practices there isn’t much you can do.

There is still a way for the leagues to win here, though. Wait for the daily testing to come through and declare victory. Yes, victory.

Then set up a winter season when there is a high confidence that the games will be played.

No, you can’t compete for a national title with the other leagues, but other than Ohio State and maybe Oregon, no one in either league really had a realistic chance of winning the playoff … if the playoff even happens (although daily testing extending everywhere should help late-season games occur).

Just chalk this season up as a campaign for caution, own the January-March television schedule (the Big Ten can play in rented NFL domes). In the process, feed the bottomless pit of televised sports programming when there will be virtually no other competition. Every game can be on national television – ESPN and Fox will have almost nothing to show come January (the return of the NBA and NHL is up in the air).

The additional exposure will be better for most programs, especially for the Pac-12 which is in a constant battle for attention. The season may be quirky, but just embrace the fun (the 2020 season will be quirky for everyone). Then square off in the end for the Rose Bowl, old-school style.

Mainly, stop apologizing for doing your own thing and believing in your own way. Instead, celebrate it. They played it safe. There’s nothing wrong with that.

“I really think the Pac-12 went about it the right way keeping the science in mind,” said Dr. Kimberly Harmon, head of sports medicine at the University of Washington. “The conference didn’t want widespread transmission of the disease because of the sport itself. Our students will be at no more risk than the students on campus and perhaps even less risk.”

Rapid, daily testing was always the key to the return of sports, the return to normalcy. The Pac-12 has their system lined up.

Maybe it’s too late to get started with some of the other leagues in some form of fall ball, but a little late and done properly is a pretty nice consolation.

Or it sure looked that way for Larry Scott on Thursday.