As regular readers of this blog will know, floods have battered NSW’s central west for more than two months.

Over the weekend, NSW State Emergency Service issued an evacuation notice for already flood-hit Deniliquin in the state’s south-central region, asking residents to leave their homes by Wednesday.

Adding to the town’s woes, damaging westerly winds are expected on Monday and could reach up to 90km/h.

Sydney, Wollongong, Nowra, Wagga Wagga and Albury can also expect a windy start to the week.

NSW State Emergency Service members have responded to an increase in calls for storm jobs after windy conditions caused damage at the weekend. On top of 260 flood-related requests for help across the state, the SES has been busy with 245 storm jobs including roofs flying off in the state’s southwest and fallen trees and powerlines in the state’s southeast and Sydney areas.

Australian coal exporters have been falsifying data to suggest their coal is cleaner than it is in order to increase its export price in a scam involving two testing laboratories, major accountancy firms and an investment bank, federal MP Andrew Wilkie is expected to tell parliament on Monday.

Wilkie says he has been provided with thousands of pages of documents by an industry whistleblower and will call for a parliamentary inquiry into the allegations, days after the corporate watchdog decided against taking action against one of the laboratory companies. 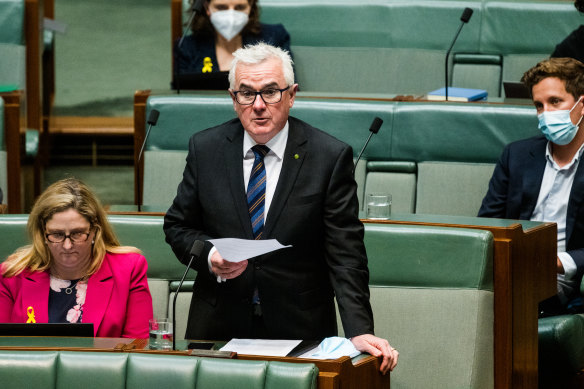 Andrew Wilkie will make the claims in parliament on Monday and call for a parliamentary inquiry.Credit:James Brickwood

“The fraud is environmental vandalism and makes all the talk of net zero emissions by 2050 a fiction,” says a draft of the speech, seen by this masthead.

“It could also be criminal, trashing corporate reputations as well as our national reputation.”

Good morning and thanks for your company.

It’s Monday, November 21. I’m Lachlan Abbott and I’ll be anchoring our live coverage for the first half of the day.

Here’s what you need to know before we get started.