Our live coverage of the coronavirus pandemic is free for all registered readers. Please also consider supporting our journalism with a subscription.

Reader poll: What do you think of Novak Djokovic’s visa being rejected?

As Paul Sakkal has reported, Novak Djokovic’s lawyers are in the process of challenging the Australian Border Force decision to reject the tennis star’s visa.

Here’s what they had to say about Novak Djokovic’s situation:

The Australian Border Force will continue to ensure that those who arrive at our border comply with our laws and entry requirements.

The ABF can confirm that Mr Djokovic failed to provide appropriate evidence to meet the entry requirements to Australia, and his visa has been subsequently cancelled.

Non-citizens who do not hold a valid visa on entry or who have had their visa cancelled will be detained and removed from Australia.

The ABF can confirm Mr Djokovic had access to his phone.​

Serbia’s President Aleksandar Vucic says “the whole of Serbia” is with Djokvic.

“Our authorities are taking all measures to stop the harassment of the best tennis player in the world in the shortest possible period,” Vucic posted to his Instagram account.

He said he had spoken to the tennis player on the phone this morning (AEDT).

“In accordance with the norms of international public law, Serbia will fight for Novak Djokivic, for justice and truth. Otherwise, Novak is strong, as we all know him.”

Novak Djokovic has been told his visa has been rejected and that he will be flown out of Australia later today.

Djokovic’s lawyers are in the process of challenging the decision, two sources familiar with the situation confirmed to this masthead. 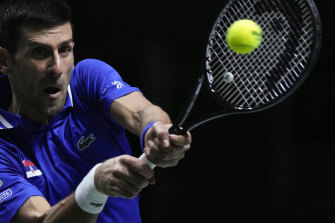 The world No.1’s entry into Australia was put into limbo during the early hours of this morning due to concerns over evidence supporting his vaccine exemption, as well as a potentially erroneous visa application.

The Victorian government claimed it rejected a late-night request to sponsor the world No. 1’s visa hours before he landed in Melbourne about 11.30pm.

The 20-time grand slam winner, who was granted an exemption to play in this month’s Australian Open, was being quizzed by Australian Border Force officials in a room at Melbourne Airport until at least 5am.

A federal government source familiar with the episode said there were question marks about whether Djokovic had adequate documentation to prove the reason for his exemption. This evidence is required to be presented at the border by unvaccinated people.

The source said it was not clear whether a COVID-19 infection in the past six months – which is suspected to be the justification for the player’s exemption – was sufficient to secure entry into Australia under federal guidelines.

The Victorian government will enforce a major suspension of elective surgery from today in a bid to alleviate pressure on hospitals, ambulances and testing systems amid escalating COVID-19 infections.

The government announced the decision via press release before 6pm yesterday, following questions from this masthead and a briefing with healthcare services across the state, as hospitalisations for coronavirus reach 591 and 17,636 new infections were recorded. 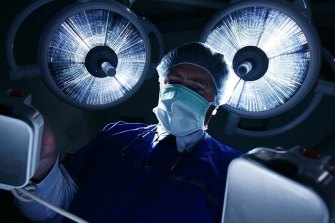 Under the changes, category two and three elective surgery will be halted again at public and private hospitals in Melbourne and major regional cities to help manage a projected surge in coronavirus patients.

Read more about the situation in Victoria here.

COVID-19 cases are climbing in NSW aged care facilities, with concerns about infection control, staffing shortages and the mental health of locked-down residents as the sector struggles to provide care in the Omicron surge.

There were 652 active COVID-19 cases in residents of NSW aged care facilities by Tuesday, an increase of nearly 100 in four days. 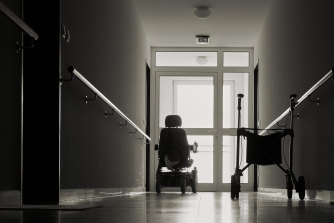 Aged care facilities in Sydney are continuing to lock down in response to virus outbreaks.Credit:Alamy

Although the federal government has not released its weekly report on the number of cases in aged care facilities since December 23, information from families and providers indicate significant outbreaks have developed as facilities face the highly transmissible Omicron variant.

Good morning and thanks for reading our live coverage.

I’m Broede Carmody and I’ll bring you some of today’s biggest stories as they unfold.

Here’s everything you need to know in the meantime.