A Turkish couple have been left stunned after their ‘stillborn’ baby boy began crying just moments before he was due to be buried in a cemetery.

Melek Sert, 32, and her husband Hasan Sert, 34, had been left heartbroken when doctors at the Yuregir State Hospital in Adana, Turkey, told them their baby had not survived delivery.

The child, born at just five months on January 2, was even given a death certificate by medics, who believed the mother had had a miscarriage.

The father decided to take the baby to a cemetery to bury him, when his newborn son suddenly began crying in the car on the way there.

The tiny boy was rushed back to hospital where he is now fighting for his life. 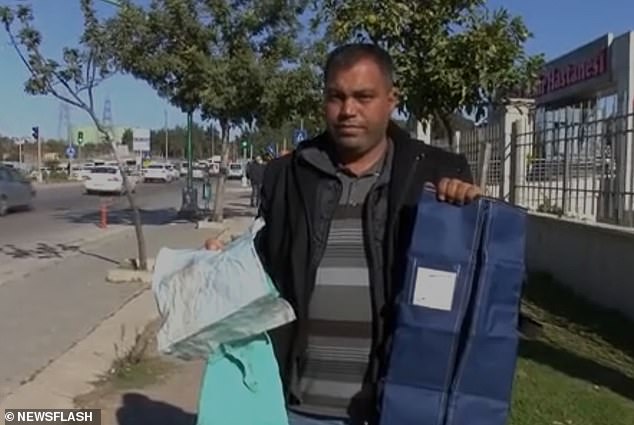 Melek Sert, 32, and her husband Hasan Sert (pictured), 34, had been left heartbroken when doctors at the Yuregir State Hospital in Adana, Turkey, told them their baby had not survived delivery (Pictured: Hasan Sert holds a small body bag and death certificate, which he was given after being told his son was stillborn) 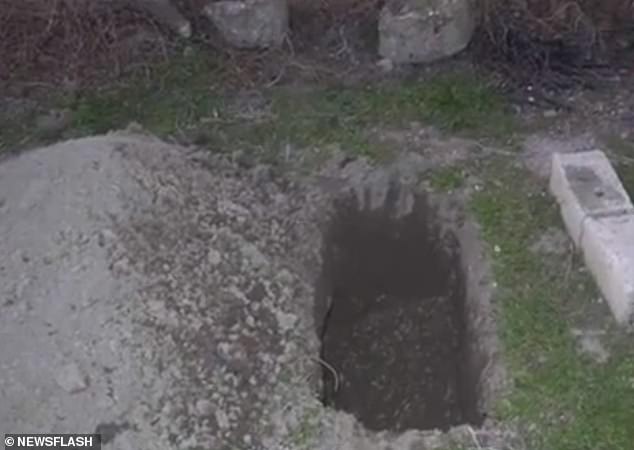 Photos show how a small grave had been dug for the child, who began crying en route to the cemetery 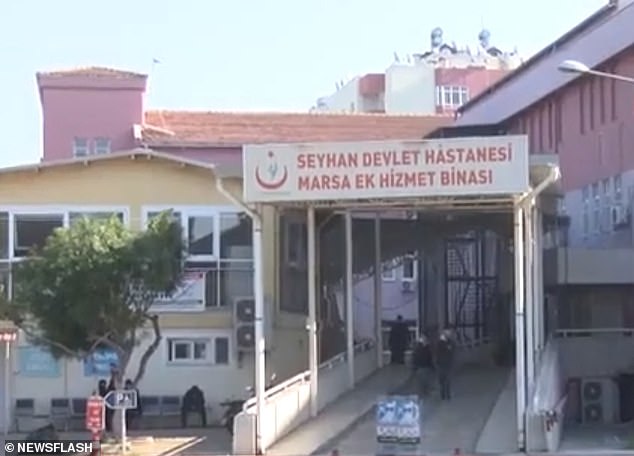 Mr Sert said anyone wanting to help and who has a 0 Rh-negative blood type, can donate their blood to his baby.

He added: ‘My baby is fighting for his life. Since we haven’t given him a name yet, donors can give blood for the Sert baby.’

Mrs Sert had been experiencing severe pain and bleeding and first went to hospital on December 27.

She was treated before being discharged on December 30.

But she fell ill again on December 31 and was taken to the Seyhan State Hospital, where her condition deteriorated on January 2.

It was then that doctors told her that she was ‘having a miscarriage’, explaining that her baby was ‘dead’.

The baby was delivered naturally but the couple – who have two other sons, aged 10 and seven – were told it was stillborn.

Photos show how a small grave had been dug for the child while the father was given a small body bag to bury him in.

Mrs Sert told Sabah news: ‘When they took my baby, I felt that my baby was alive and I asked my husband, is my child alive?

Authorities have since launched an investigation against the hospital to determine if any negligence took place.