External experts are set to be appointed by the BBC to ensure its content is impartial.

Tim Davie, the BBC’s Director General, has decided to handle accusations of bias at the broadcaster.

Mr Davie has already cracked down on the issue by putting controls on staff sharing views on social media and an emphasis on neutrality in news roles, according to the Telegraph.

But the BBC will have the new experts from outside the corporation to analyse all the content the broadcaster puts out for signs of potential bias.

Investigators will do this by leading rolling reviews which look at different areas of output.

These will be everything from how tax news is covered to the contents of CBeebies programmes and will be done to ensure guidelines for impartiality are met across the company.

External experts are set to be appointed by the BBC to ensure its content is impartial. Tim Davie, the BBC’s Director Genera (pictured), has decided to handle accusations of bias at the broadcaster by cracking down

The initiative has been unveiled in a 10-point action plan to maintain editorial standards.

It says: ‘This strategic programme of reviews will have topics and review chairs – likely to be independent of the BBC.’

The action plan goes on to say that reviews will look beyond news and current affairs and will examine the treatment of the issue across the wider range of BBC output, for example in documentaries, children’s programming and educational content.

External experts will consider how the broader output might contribute to overall public perceptions of impartiality, while recognising that audiences have varying expectations of output.

Experts will consider how the broader output might contribute to overall public perceptions of impartiality, while recognising that audiences have varying expectations of output

His new impartiality policy comes weeks after it was claimed that he ‘blocked’ a leading diversity campaigner from getting a job at the BBC.

He is said to have expressed concerns about appointing someone regarded as a ‘campaigner’ in the industry, sources told the Daily Mail.

The candidate, Marcus Ryder,  50, a former head of current affairs programmes at BBC Scotland, was the preference to become executive editor for Newsbeat and Asian Network News.

The BBC denied ‘vetoing’ Mr Ryder’s appointment but a source said Mr Davies felt burnt in the wake of the controversy faced with Jess Brammar and was concerned about further backlash.

Ms Brammar has recently risen to the top-ranking job of editor of the BBC news channels after facing criticism throughout her recruitment for being openly left-leaning. 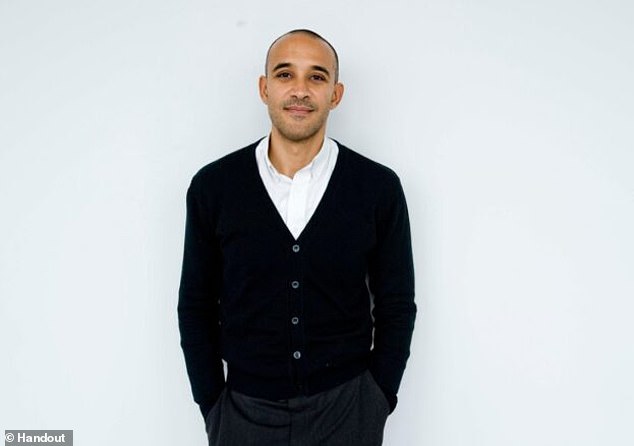 The candidate, Marcus Ryder, 50, (pictured) was the preference to become executive editor for Newsbeat and Asian Network News

The Guardian reported last week that Mr Davie had offered to meet with Mr Ryder following the reports.

The BBC said that it did not appoint anyone externally and then carried out an internal recruitment search which saw Danielle Dwyer, an assistant editor for Radio 1 and 1Extra Newsbeat appointed.

Before the new appointment was confirmed, the BBC had said of the process: ‘We’d never comment on who has or hasn’t applied for a job.

‘After an external search, BBC News has decided that as this role is bringing together departments from across the country, we are looking for an internal candidate with an existing understanding of the BBC, so are not taking forward any external candidates for this particular post.

‘This is a BBC News decision. It is wrong to suggest any veto has been exercised on any candidate.’